It takes a lot to get a political-hardened warhorse like Joe Biden to be moved to tears, but the Washington premiere of Clint Eastwood’s new blockbuster American Sniper reportedly did just that for the Vice President in January at the U.S. Navy Memorial. “Intense, man,” he told a reporter as he left the VIP screening.

The Academy Awards has bestowed six nominations on the biographical war drama film, including Best Picture, Best Adapted Screenplay and Best Actor for Bradley Cooper, who skillfully plays the true life story of Chris Kyle, the deadliest marksman in U.S. military history. After his fourth tour of Iraq, Kyle had notched 255 kills, 160 of which were officially confirmed by the Department of Defense.

About 400 guests from Washington’s military, political and media establishments came out for the reception and screening on a bone-chilling January night, noshing on canapes and crudites as Cooper walked the red carpet for journalists, with the late marksman’s widow Taya Renae Kyle by his side.

“I never saw this film as anything other than a character study about what the plight is for a soldier,” Cooper told us. “Maybe Clint and I were blind to the other sides of this film, but when you’re dealing with a real human being, and all the family around them, all I really hoped is that we would be as truthful as to who Chris was.”

Chris Kyle grew up in Texas, where he later wrote in his autobiography that his father raised him “to be a sheepdog who protects others, and not a sheep or a wolf.”

Working as a rodeo cowboy, one day in 1998 he sees news coverage of the U.S. embassy bombings in Africa and enlists in the Navy, where he eventually becomes a U.S. Navy SEAL sniper.

After meeting Taya Renae at a bar, he marries her and is deployed to Iraq after the 9/11 attacks, where he earns the nickname “Legend” for his many kills. He returns home for the births of his son and daughter, but is distracted by wartime memories and often unable to adjust perfectly to civilian life.

“The guy that I got to know, through all the source material that I read and watched, and home videos – hours and hours of it – I never saw anything which portrayed Chris as anything but a hero,” Cooper said. “Of course, I can’t control how people are going to use this movie as a tool.”

He added that the film is “not a political discussion about war,” and that he hopes it can “shed light on the fact of what servicemen and women have to go through.”

“My hope is that if someone is having a political conversation about whether we should or should not have been in Iraq, whether the war is worth fighting, whether we won, whether we didn’t, why are we still there, all those issues, that really — I hope — is not one that they would use this movie as a tool for,” Cooper said.

The movie, he said, is about the intense sacrifices that service members and their families make every day. If Sniper fails to achieve that, he said, “I hope to God another movie will come out where it will shed light on the fact of what servicemen and women have to go through, and that we need to pay attention to our vets…It doesn’t go any farther than that. It’s not a political discussion about war, even… It’s a discussion about the reality. And the reality is that people are coming home, and we have to take care of them.”

A Georgetown University grad with piercing blue eyes and a thoughtful gaze, Cooper said he was pleased to be showcasing Sniper in Washington.

The day before he said he visited wounded veterans at Bethesda’s Walter Reed Hospital and after the screening he dropped into his beloved Cafe Milano. “It’s great to be back in D.C.,” Cooper said. “It always feels like home.”

Meeting veterans and soldiers the day before at Walter Reed, he added, helped him see if the movie could “evoke or awaken any healing” for them.

“I watched movies when I was a kid and the reason I became obsessed with them is because they made me feel all of the things I wanted to feel; not alone, but purposeful,” he said.

Sniper was written by Jason Hall, but was based largely on Kyle’s autobiography, “American Sniper: The Autobiography of the Most Lethal Sniper in U.S. Military History.”

Taya Kyle, who is portrayed on screen by Sienna Miller, was heavily involved with the making of the film.

“I think the film is a real blessing,” Taya Kyle said, “because I know a lot of people who have lost loved ones in battle and they don’t get the chance to share their story with the rest of the world.”

Cooper agreed: “As a storyteller and as a collaborator with men like Eastwood and women like Sienna Miller, Taya and the supporting cast, I think it was important for all of us to get the story right.”

“American Sniper really helps conceptualize the experience of going to war and the struggles soldiers may face in coming home,” said Ryan Galluci, deputy director of the Veterans of Foreign Wars (VFW) of the United States.”

Rachel Murray, director of entertainment of the USO of Metropolitan New York, agreed. “It hits so many of the levels of what the experience is for troops and families,” she said. “For these actors to be out there telling their stories just comes with so much weight, and it makes the American public stand up and really listen to what’s happening in the military. I hope that it will bring attention to some of the issues that we’re dealing with.”

While American Sniper’s world premiere occurred last November at the American Film Institute Festival, it did not receive wide release until last weekend, setting box office records and bestowing upon Eastwood the biggest opening of his career.

Success like that must please Cooper, who said he wanted to make American Sniper less of an “Iraq war movie” than one that stands as a more universal look at the lives of modern day soldiers.

“It’s not about Iraq,” Cooper said. “That happens to be Chris’ story. Our whole idea was to do a character study about a soldier, and a soldier and a family, and what it’s like having to deal with the schizophrenic nature of having to jostle between a home life and being in theater. I think hopefully it could be a universal story.”

American Sniper is playing now at the AMC Hoffman Center 22 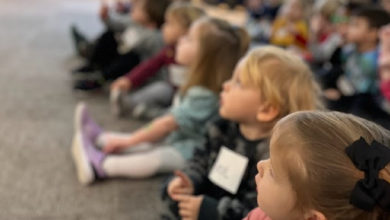