By Kris Gilbertson
Meghan Baroody, owner and driving force behind Meggrolls is a native Alexandrian, part of a “giant family” of Lebanese/Irish/English heritage. “My dad was born and raised in Alexandria as well,” she says, “and Mom was born in Southeast DC. She’s the oldest of five; Dad is youngest boy of eight; I am the youngest of six. All my siblings have ‘normal’ jobs, like teachers, lawyers, business developers, mothers, fathers—all my siblings have children. I have Meggrolls.”

Meggrolls are eggrolls with personality. They come to you in a brilliant blue truck and with a good back story. Megg Baroody didn’t set out to start a food business. She studied art in college and worked at “freelance painting, commissioned pieces, painting murals on little kids’ walls,” she says, and at one point branched out into voice acting.
She paid the bills by tending bar at restaurants in Alexandria and Arlington, work that she considers was invaluable to her current business. “Right after college, I’m working at Tallula Eat Bar in Arlington and I’m learning how to have conversations with people and how to network. Looking back, I learned a lot about how to communicate with people, which is a huge asset to me now.”

In 2009, Baroody’s boyfriend, Jules Julio, was also tending bar but at a different restaurant. On her off nights, Megg made late night snacks and took them to share with Jules and his regulars.

“I love to cook. It’s been my hobby since I was a little kid. I’d take out the Joy of Cooking and just pick something,” she says. “One night I made Chinese egg rolls, passed them out, and everybody loved them. Jules said these are awesome. You should put like a cheeseburger in one of these things. You could put different meals in these things. So I give Jules credit that he gave me that zinger lightning bolt of an idea, but Lord knows I took it and ran with it.
“My name is Megg and I make eggrolls—so it’s Meggrolls.”

From hobby to serious business.

For two years while working shifts at Chadwicks and Ramparts in Alexandria, Baroody worked at home to develop up to 30 new flavors and a menu. “It was just a fun experiment in my kitchen, a creative concept,” she says. “At least once, maybe twice a week, I’d come up with new recipes, bring them up to work late, like 12:30 at night, and hand them out to people just to see what they thought of them.

“But from the moment I had this idea, I would speak about it very confidently, I would say this is the next big thing…even though, my knees were shaking. I kept speaking about it largely, so it would stick in people’s heads.”

And it did. As word of Meggrolls quickly spread, random people from the restaurants she and Jules worked in started asking for more. Then family and friends would call to say, “I’m having a baby shower [or whatever], could you make me a couple of dozen Meggrolls?”

Baroody admits that her rapidly growing success was scary, but “I’d say absolutely, and how many would you like? Looking back to four or five years ago, my first few orders of making three dozen Meggrolls was overwhelming, but now—400 Meggrolls at an event is no big deal.”

A food truck was not in Meghan’s original plan. As her business picked up speed, she viewed the future as a brick and mortar location. Three years ago she met a local investor who was interested in franchising a first Meggrolls shop. It was not the right time for such a deal but led her to research what would go into opening a shop on her own. The needed capitalization of some $500,000 was overwhelming. An interim step was needed, and that is where the truck came in.

“I said, I don’t want a food truck, but Meggrolls needs a food truck to get the product out there. It was a higher platform than just selling Meggrolls out of my MINI Cooper. I could sell hot, fresh Meggrolls to individuals, as opposed to the only way you can get a Meggroll is at a party I’m catering.”

Buying a box truck and retrofitting it to fry Meggrolls could have cost $150,000, but the food truck sensation was firmly established in the District and Arlington by then. People had tried and failed with food trucks, or tried and succeeded but moved on to brick and mortar. With an inventory of food trucks for sale on Craigslist, Baroody found the perfect unit for a third of the cost of buying new. She applied for licensing in Arlington, a process that requires patience and set up (or parked) her shop. Unlike the District, with 300 closely regulated food trucks, in Arlington a licensed vendor can park and sell from any legal parking space.

A day in the life of Meggrolls

A single Meggroll can have a dozen or more ingredients. Baroody does the prep work and cooking in commercial kitchens late at night, sometimes working until 4:00 or 5:00 a.m., only to get up at 8:30 to get ready to serve.

Last year, the distinctive blue Meggrolls truck could be found on the streets of Arlington three or four days a week. Regular spots were in Ballston and Courthouse.
This year, catering and deliveries have increased and cut into days on the street, although Megg plans to be on the road regularly over the summer. “I’m getting kind of overwhelmed with my weekends, but I need time to prep. I feel bad about leaving my regulars on the streets of Arlington in the dust, but I’m still learning.

Baroody continues to have conversations with investors.

Megg gives Jules much credit. “We’re both very strong and very patient people. A couple of years ago he said to me, ‘I didn’t really go out and follow my dream. I’m going to help you follow yours.’ And every once in a while I’ll look at him and think, I could not do this without you. Thank you so much.”
Strong family ties also play a large role. “We are Lebanese. In April, I went to the Arab American Institute’s Khalil Gibran Spirit of Humanity Awards at the Omni Shoreham Hotel. My dad, Michael Baroody, received an award for his work in public service. Five of my six siblings were there; also my mom, and aunts and uncles. It was a great night.
“Salma Hayak was there also to receive an award. I’m looking at Salma Hayak talking about what she’s done for humanity. Like me, she is half Lebanese. She pursued her creative passions in early adulthood, to her 30s and 40s, and now she uses that success to help humanity.
“That is exactly what I want to do someday. I want to follow my passion, reach that height and then use that overflowing success to help other people, or animals, someday. It doesn’t end at Meggrolls—Meggrolls will be a catalyst for so many more things.”

Meggrolls are a concentrated bite of your favorite flavors, wrapped in a crispy, hot package. With over 30 varieties and counting, Meggrolls are a tasty snack on the go, take-out for a family meal, or the centerpiece for your special event.
Meggrolls offers corporate and private catering. Call for details.
Phone: 703-447-4381
Email: megelizbar@yahoo.com
Website: www. Meggrolls.com
Twitter: @meggrollmania 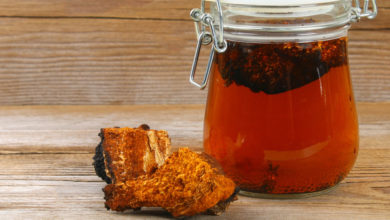