This seasoned funk/rock quintet brings their booty-shaking party from town to town.

Take Yo Mama’s Big Fat Booty Band for example. This uber-high energy funk/rock/soul/dance ensemble not only wants to be in sync with each other during their live shows, but they also want the crowd to be in the mix too. And it’s that interaction, and the ability to just let people be themselves and cut loose with the band, that’s kept them out there making music and records and doing their thing for more than a dozen funk-filled, booty shakin’ years.

“We keep people dancin’ and having fun,” said vocalist/keyboardist Mary Frances, who also goes by the aptly-bestowed name Mama Funk. “I think our music promotes just being you, no boundaries, no boxes, you just come out and be yourself. People who come out and see the Booty Band are gonna have an experience. And each night is different, each night for us is different on stage. As far as the show goes, or how the crowd interacts with us, it can get wild. That unknown, what’s gonna happen at this Booty Band show, that’s what we love. People know that they’re gonna come out and have the time of their life. I think that’s really sustained it.”

Formed in 2002 in North Carolina, this hybrid concoction of 70’s soul, 80’s dance funk rooted in the blues and soaked in their own very cool “thang” has seen a few different lineups over the years. But along with Frances, their current buncha funkmasters – featuring Al Al Ingram, JP Miller, Derrick Johnson and Lee Allen – is the best the band has ever had to offer.

“It’s just all these little things that happen along the way,” said Frances. “Seems like fate just brought everything together, and this lineup’s been the same for the last six years. It’s by far the best lineup ever. We really gel on stage, and off stage, and I think the music on our latest album really shows that it’s the tightest the band’s been ever.”

When Frances isn’t boogeying down in her role as the band’s queen, she teaches music back home, an enriching experience that helps her learn as much about her own presentation as it does teach her young students, as well as bring her a bit back to earth after being out on the road.

“They teach me as much as I teach them,” Frances said. “It’s fun to come off this road life and bars and playing shows to really hanging out with young kids and really seeing how they see music, and how they learn and write. I’ve really benefited from teaching children how to write. It’s really allowed me to free up and write way more. It’s been a cool experience.”

Yo Mama’s Big Fat Booty Band’s most recent record is what they seem to be living every day: Funk Life.  The band’s fourth release and by all accounts, their funkiest and most solid offering yet, was recorded in their hometown of Asheville, and combines the expected with the unexpected, a true party fest full of  funk grooves, dance riffs and bigtime contagious rhythms. But when it comes down to it, playing live is this quintet’s bread and butter, because after doing it for a while, they know just how to get people shakin’ their, well, you know.

“I feel we really understand after doing this for so long, how to connect with the crowd and keep ’em dancing all night. As entertainers we’ve really come a long way over the last years. Something that’s really strong at our show is keeping people connected and part of the show. And everybody’s ready to come out, let go of their day, have a few drinks, and let loose on the dance floor. We’re Mama’s Big Fat Booty Band, so we like to get that booty shakin’.”

AMERICA: A SLICE OF OUR PAST IN THE PRESENT

Thunder and Lightning and Fireworks, OH MY! 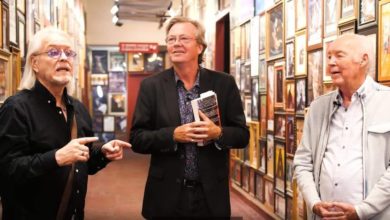 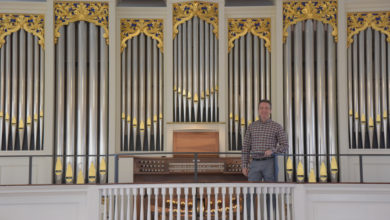