Driving to her office on the morning of a chartered wedding cruise, Charlotte Hall, Vice President of the Potomac Riverboat Company (PRC), came upon a group of tuxedoed young men at the corner of Franklin and S. Union Streets. They’d been part of a rehearsal dinner the night before on Cherry Blossom. She asked what they were doing so far south. Their answer: “We can’t find the boat.”

Hall packed them into her car along with her Rottweiler and delivered the groomsmen to the City Marina, and the wedding, on time. “Even today,” she says, “there are people who still don’t know there’s anything behind the Torpedo Factory.”

Hidden from the traffic on lower King and Union Streets is a dynamic business and tourist enclave on the Alexandria waterfront. It is home to the Potomac Riverboat Company’s fleet.

Willem Polak is owner and CEO of PRC and a native Washingtonian. He commissioned the building of Cherry Blossom, an ornate 110 ft. historically accurate sternwheeler, in the early 1980s. In 1984, he founded the Potomac Riverboat Company.

A native Virginian, Charlotte Hall joined PRC in 1992, coming from a river tour company in Richmond. She says of working with Alexandria and the tourist crowds, “It’s fun. You have to be willing to work hard, and it’s very important to work with the community. But it’s fun.”

Cherry Blossom is a Coast Guard-certified authentic sternwheeler—authentic because the paddlewheels work. Powered by two diesel engines, the wheels move the boat. She is classified as a Western riverboat, although in the past her category of side and sternwheel vessels carried passengers, freight, and itinerant troubadours throughout the Mid-Atlantic. A portrait depicting this history hangs in the Alexandria City Council chamber.

Cherry Blossom was built in Florida and cruised to Alexandria on the Intracoastal Waterway. “Thirty-one years ago, it was a big deal bringing a big boat like that up the waterway,” says Charlotte Hall. “They’d stop in these little towns and they drew crowds. It was like they were the ice cream man. They’d open the boat up – this brand new boat – and let people go through it. Willem said, they want to learn, and these are our fans.”

This was only the start for PRC. In the 1980s and early 1990s, the Alexandria waterfront was developing as a tourist destination. Demand for more than charter services grew and continues to grow today. But in building the PRC fleet, now eight boats of different sizes, and the company, with as many as 25 captains and 130 deckhands, there have been obstacles to overcome.

When the Washington Nationals moved in 2008 from RFK Stadium to Nationals Park on the Anacostia River, PRC proposed a water taxi to games – the Baseball Boat. “This was Willem’s idea,” Charlotte says, “but I had to get it through City Hall.” It seemed simple because the company would use an existing boat, Miss Christin, with already established dock space. But to City Manager Mark Jinks, it wasn’t so easy.

“Where, he asked me, will more people in Old Town park? I said why is this a problem? People shop and dine in Alexandria all the time and businesses don’t have to provide parking,” Hall says. “He said it’s a problem because it’s a new concept and residents will complain about more cars. We want you to devise a parking plan.

Within a day PRC agreed with two lot operators to include parking in the Baseball Boat ticket price. Customers were assured an off-street space, lot owners would see more business, and residents would have no cause for complaint. “But I told Mark,” she adds, “don’t ask me to do it again soon.”

National Harbor across the river was under construction at the time. PRC proposed another water taxi, between Alexandria and the Gaylord Hotel. To assure an Alexandria business community leery of how National Harbor would affect Old Town, PRC began quarterly boat trips taking merchants to meet with Kent Digby, NH Vice President of Operations to market the plan for everyone’s benefit.

On April 1, the Alexandria-National Harbor Water Taxi, operated by Potomac Riverboat Company, will begin providing transportation between the waterfront in Old Town Alexandria and National Harbor… It is expected to bring hundreds of new tourists to Alexandria every day throughout the year, and encourage National Harbor visitors to travel to Alexandria by boat, not by car or bus—an earth-friendly strategy that benefits both the City’s residents and the environment.

“Finally, Willem said to me, you know what we need?” says Charlotte. “Company will stay by the river unless they have a way to get up King Street and out to other areas. And I said, we need a trolley. The rest is history.”

DASH operates the free King Street Trolley, which starting August 9 will run every 10 minutes from King Street Metrorail to the waterfront. In the early years, the trolley was funded with tax dollars from the hotel association because residents would have “fussed about the city putting money into a trolley for visitors,” she adds. King Street Trolley riders today are half tourists and half residents.

Using the Potomac more for daily transportation is in the news again. PRC’s contract with the City prohibits true commuter service until the parking issue is resolved. However, Joint Base Anacostia-Bolling (JBAB) wants PRC to operate a water taxi from City Marina to their dock, a ten-minute trip. JBAB has about 1200 people living in and around Alexandria. When they drive to work, I-295 often becomes a parking lot.

Meetings about this project include PRC, the City, the Navy, and residents with strong opinions. As always, the City is asking where to put more cars. One solution may be to start the King Street Trolley earlier from Metro to City Marina. Current start time is 10:00 a.m.

In August 2014, Willem Polak learned that organizers of the tall ship L’Hermione’s U.S. tour wanted to sail to Washington, DC. This was not possible. The bridges are too low and the river too shallow for a vessel of such size to reach the District—but it could dock at Alexandria. He and Hall went to work, starting with a luncheon where City officials, Visit Alexandria, and business leaders met Miles Young, CEO of Ogilvie & Mather and President of The Friends of Hermione-Lafayette in Amer­ica. “Mark Jinks has always been a fan of the waterfront,” says Charlotte, “and to me the right man for the job of city manager. He’s always willing to listen.”

The first plan was to moor the ship at Robinson Terminal, but the property was in transition with the Waterfront Plan. No one was certain who would own that pier when the ship arrived.

The second plan—a berth at City Dock—would require moving Cherry Blossom. “Parks and Recreation is our landlord on the waterfront,” says Hall. “They asked, what about our business? We said it was only for a few days, and we thought this would be a really good deal for the community. Nobody dreamed it would bring thousands and thousands of people, that people would be standing all the way down to King Street waiting for tickets.” Willem heard later that the ship’s crew thought Alexandria was the best stop on the whole trip.

Robinson Terminal is but one property tied into the Waterfront Plan to make the entire area more attractive, walkable and inviting. “I think Alexandria is a precious gem,” says Charlotte, “and we’re just trying to make it shine even more by getting rid of some of the old….”

The Waterfront Plan will make dependable water taxi service even more meaningful and, she says, “we only cancel when the Coast Guard closes the river.”

We only cancel when…

Late in the day September 18, 2003, Hurricane Isabel moved up the East Coast aimed at Alexandria. Willem and enough captains and deckhands to crew all PRC boats planned to spend the night on Cherry Blossom. If the storm endangered the fleet at the dock, they would man the boats and head out on the river.

Charlotte Hall, at home near Mt. Vernon, had lost power. It was stifling, her dogs were panting, she was lying in bed. About 7:00 p.m., the landline rang: “Miss Hall, this is the Alexandria Police Department calling to let you know the Cherry Blossom is about to sink.”

Charlotte rang Willem on her cell phone: “Charlie-we’re-okay-I’ve-got-the-fire-department-here-with-me-I’ll-call-you-back.” Click. “I told the police there were people on board and they would be okay,” she says. “They said, Cherry Blossom is really leaning bad to one side.”

The boat was moored to a piling, tossing in the rising wind and waves, the river coming up fast. She went down in a trough, got caught coming up on the rub ring around that piling, and couldn’t free herself. As the river rose, Cherry Blossom heeled over more and more toward the dock, close to taking on water.

Willem alerted the Fire Department: “Bring us a jack and we can pry ourselves off.” They did, and Cherry Blossom bobbed upright instantly. Crisis averted, but, says Willem, “the rest of the night was harrowing.”

Hurricane Isabel pushed a 9-1/2 ft. storm surge into Alexandria. “Admiral Tilp and Matthew Hayes were so high above the dock,” says Willem, “you could see their bottoms.” The media reported that a paddleboat had flipped over in the storm. He thanks Fire Captain Rodney Masser for proving that untrue.

The PRC offices on The Strand did not fare as well. Charlotte had to talk her way past a police barricade at Duke and Union Streets to walk into the damage zone. Roads were piled with massive debris and filth, but by mid-morning the Potomac had returned to its banks. Except in the PRC office. Through large front windows, Charlotte watched her precious family photographs bobbing in 4-1/2 ft. of river water.

The office was not Isabel’s only PRC victim. A wedding was planned that day, with a reception cruising aboard Cherry Blossom. Charlotte called the father of the bride saying they must cancel because the dock was unsafe, there was no way to get to the boat, and in any case, the Coast Guard had closed the river.

“He said, what are you going to do for my daughter?” she recalls. Through extraordinary efforts and cooperation from several businesses suffering the same disaster, the wedding and reception were relocated. Although not on the Potomac, it was still a great success. “I’m sure to this day he thinks I waved a magic wand,” she says, “but we wouldn’t be here if it weren’t for our customers. Customers are the bottom line.”

Potomac Riverboat Company serves about 450 thousand passengers year round, although water taxi service to National Harbor is suspended in January and February due to icing at the docks.

PRC also runs special events like the pirate cruise and monthly canine cruise. The canine cruise was moved from Thursday evening to Saturday morning so that 80 owners no longer rush home from work to get 80 dogs on a boat. Its popularity doubled.

PRC packages boat tours with other Alexandria businesses, for example, like Bike and Roll. Rent a bike and helmet, take a leisurely ride to Mt. Vernon, then return on Miss Christin late in the day. For more information, see the website.

GREGG ALLMAN: THE ROAD DOES GO ON 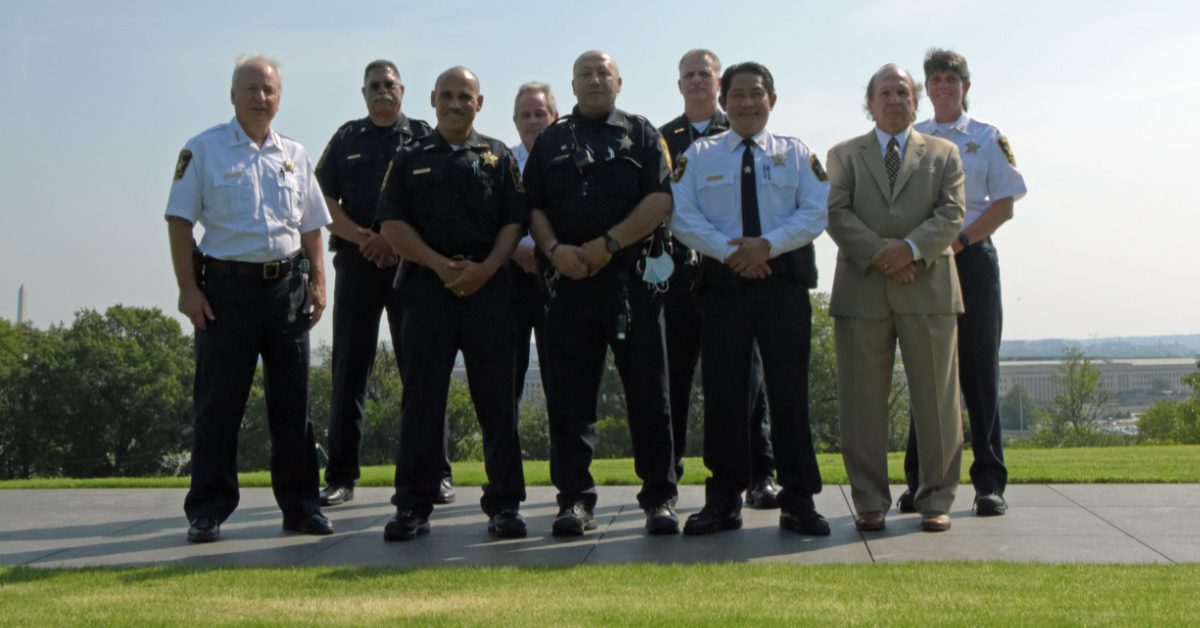 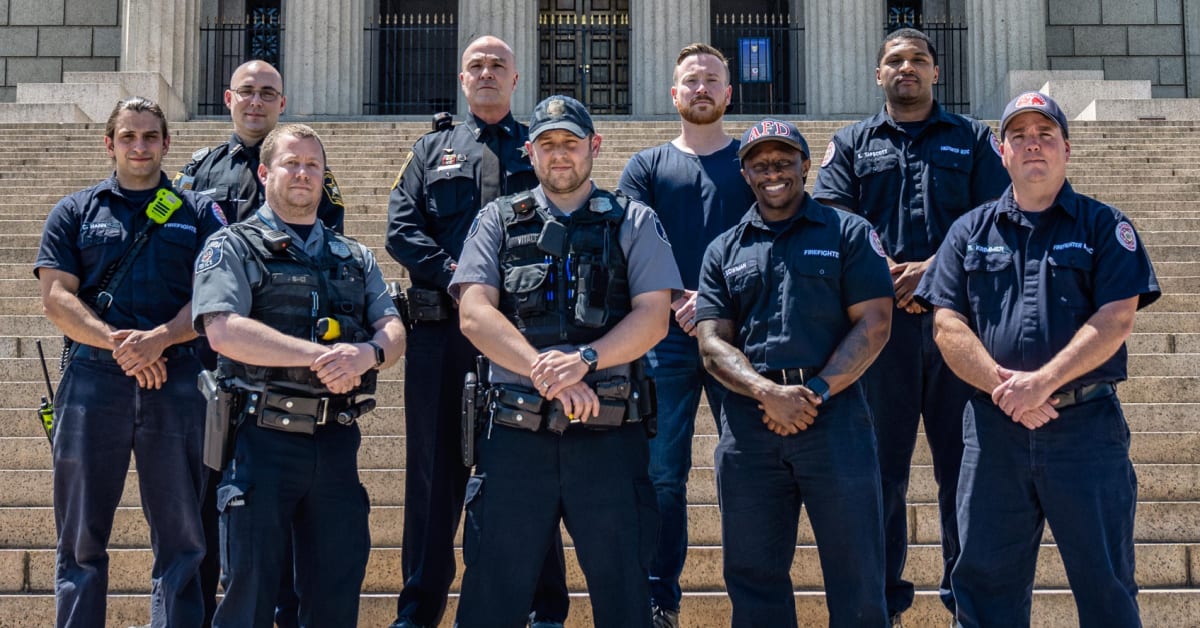 The 2021 Valor Awards for Outstanding Service