As the story goes, the ailing Female Stranger arrived by sea to Alexandria and was shown to Gadsby’s City Hotel where she eventually died. Her identity was never revealed and all that remains is an engraved tomb at St. Paul’s Cemetery. Tickets to “A Long Black Veil Happy Hour” on the Death Day Anniversary are $35 purchased in advance; $45 at the door. Tickets include one Long Black Veil, as well as tavern inspired food, a Port City glass, a special presentation by Port City Brewing Company Founder Bill Butcher and tours that unravel the tale of the Female Stranger, with a visit to the room where she died.

Recent award-winners at the Great American Beer Festival, Port City’s Optimal Wit and Monumental IPA will be available for purchase, along with Long Black Veil, at a cash-only bar. This event will take place in the courtyard of Gadsby’s Tavern – a great place to enjoy the delicious brews, the mystery of the Female Stranger and the crisp fall air. Doors open at 6 p.m. with special remarks at 7 p.m. and tours at 7:30, 7:45, 8:00, and 8:15 p.m. Tickets can be purchased at shop.alexandriava.gov.

Long Black Veil Black IPA only is available on draft.  It was crafted by Port City Brewers Josh Center and Adam Reza, under the supervision of Head Brewer Jonathan Reeves. This handcrafted IPA was brewed using Citra, Centennial and Magnum hops. The Long Black Veil is jet black in color, has a bitterness of 65 IBU and is brewed to 6.8% alcohol by volume.

As America emerged as a nation in the late 18th and early 19th century, Gadsby’s Tavern was the center of social and political life in Alexandria as well as the new Federal City of Washington.  The tavern served as the premier gathering place for residents – including George Washington – and visitors to eat, drink, learn, and influence history. Tavern keepers John Wise and John Gadsby hosted balls, performances, and meetings, and their accommodations were known as the best by travelers near and far. Today, the tavern continues the tradition of opening its doors to the community through a variety of special events.

Gadsby’s Tavern Museum is located at 134 North Royal Street in the heart of Old Town Alexandria and is owned and operated by the City of Alexandria. For more information, please call 703.746.4242 or visit www.gadsbystavern.org.

Burke and Herbert Gives Away Cash 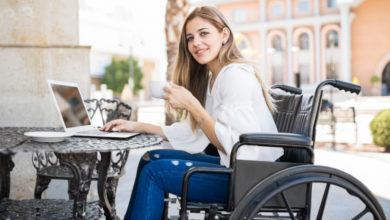