IT IS ALL ABOUT THE HYPE

Hype. When it comes to politics, it is inevitable that you hear the spin about a candidate’s bravado before you get to fully grasp their pitch to you as to why you should invest your vote on them. Sports, to some degree, is somewhat like that, even more so with Washington, D.C. area teams.

I’m a second-generation Washingtonian born at Georgetown University Hospital. My father, Charlie Malone, was born at the old Sibley Hospital on Capitol Hill, as well as his brother, my uncle, Ed Malone. When it came to me becoming a Washington sports fan, I credit both of them for having me rooting for the Senators and the Redskins at a very early age, back at a time Washington was just a three sport town, with baseball, football, and of course, politics.

For some of us who remember both the Senators and Redskins, it might be deemed as looking back at ‘The Dark Ages’, a time when both teams regularly had losing seasons. Sure, you went to games, you cheered for the team, but, you knew who was usually going to win the game, and quite often is was not our home teams. You enjoyed going to games, but you were resigned to watching the Senators and Redskins lose on a regular basis.

Things changed, briefly, when Ted Williams turned the 1969 Washington Senators into winners, posting more wins than fans at RFK Stadium expected. The 1969 Major League Baseball All-Star Game was also played at RFK that summer and everything seemed, ever so briefly, like ‘happy days would be here again’, with Teddy Ballgame at the helm of our home team. Teddy had fans hyped up and they couldn’t get enough of what they hoped the ball club could become, winners.

At the same time a very famous Hall of Fame football coach left the frozen tundra of Lambeau Field in Green Bay, Wisconsin, to head to Washington to take over a perennial losing franchise, the Redskins. Vince Lombardi brought about a sense of winning to the ball club, which so desperately needed direction. Lombardi seemed to have taken a page from Williams’ handbook and the Redskins followed the Senators and had a winning season, as well. Lombardi had the Redskins so hyped up that fans were delirious. ‘Hail To The Redskins’ was the theme as if Lombardi was both head coach and bandleader. You loved his hype.

In 1969, if you were a Senators and Redskins fan, you were on ‘Cloud Nine’. What could possibly go wrong, right? In two years, the Senators, along with Ted Williams, left town for Arlington, Texas; and in the following year Vince Lombardi tragically battled cancer and sadly passed away only after briefly being at the helm of ‘The Burgundy and Gold’.

In the Seventies, George Allen came to town, and much like Vince Lombardi, he focused the Redskins on the drive to win with ‘The Future Is Now’. Sure it was all hype, but it worked, as the Redskins won a lot of games during Allen’s tenure, most of which set him up to be inducted into the Pro Football Hall of Fame in August of 2002. George Allen was a one man hype machine and everyone loved him.

The Baltimore Bullets moved to Landover, Maryland in 1974 to become the Capitol Bullets, along with the National Hockey League’s expansion franchise, Washington Capitals, where both shared digs at the then newly-built Capital Centre.

The hype was strong as Washington had transcended into becoming a four-sport town, as so many transients in the D.C. area root for their own ‘home teams’, sometimes making the home venue seem as if it were ‘home’ for visiting teams. It was so bad, in that regard, that the Washington Bullets regularly pitched ads of players from visiting teams who were coming to the Cap Centre, instead of highlighting their own players.

And the Caps were so bad on the ice in the late Seventies and early Eighties that fans stayed away from the Cap Centre, so much so that Abe Pollin threatened to sell, disband, or move the team. Caps fans rallied with a ‘Save The Caps’ campaign, buying season tickets and literally ‘saving’ the franchise.

All-in-all, politics aside, D.C. area sports fans have had to endure more losing seasons, overall, with all of our local teams, than many other cities who also have Major League Baseball, National Football League, National Basketball Association, and, National Hockey League franchises in their towns.

Today we live in an Internet 24/7 news cycle where the world continuously seems to be spinning out of control, with war, disease, murders, among a host of untold natural disasters, and some of us turn to sports as a diversion, as a way to briefly ‘get away from the madness’, to isolate ourselves, if even for a short time, in a ‘Neverland’ experience, a place far, far away from it all.

Despite our local sports teams continuously hyping up their fans to flock to their games, we have to live with the fact that owners, management staff, coaches and players, much like us, are quite simply, all human, and as such, all have their own faults, like we do. They all of a strong desire to win, and with players, each of them, for the most part, strive to do the best of their abilities to win games.

Maybe, as in the case of any of our local teams, both professional and collegiate, they might ‘get lucky’ and have a winning season, but when they do not win, we have to roll with the punches and root for them, right? Wrong? What do you think?

Many fans choose the obvious route and just do not attend games if ‘their’ team is losing, which is a fair way of showing management their personal displeasure. That is when ownership usually panics and fires and hires coaches, in a routine procedure that we are now unfortunately accustomed to, much as if it is a magic elixir to winning games, which is usually not always the case.

When you are watching a game this Fall, remember the person who might have taken you to your first game, who might have taught you how to play, who might have played catch with you, much like my father, Charlie, did in teaching me how to play golf and football, and my Uncle Ed, who taught me to love the great game of baseball with rooting for the Senators and the Redskins.

Take a chance to share your passion of sports with your child, like I did with my son, Brian. If you are reading this and you are not into sports, maybe teach someone art, or science, or something fun that you can share that will bring lasting memories to each of you.

If we can all build up our own hype, let us work together to share some laughs, to make someone smile, to bring some joy to someone at a game, which is, after all, our brief collective chance to get away from ‘the real world’, if ever so briefly. Inevitably, we are always going to see awesome plays on the field, coupled with classic screw ups. It is a part of sports that we all know and love, right?

I hope to catch you at a local sporting event where we can talk about the Washington Federals. In the meantime, please write me at malonemarketing@gmail.com to talk about local D.C. sports, or any sports in general. Thanks!  See you soon! 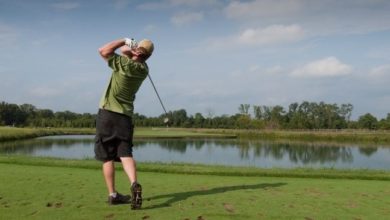 The Most Common Mistakes Made by Beginner Golfers 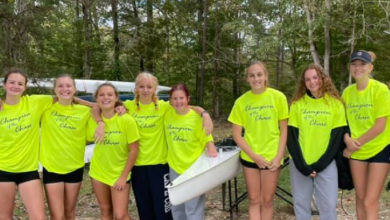 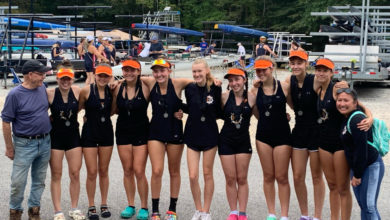