When John W. Burke, 27, and Arthur Herbert, 23, opened the Burke & Herbert Banking & Exchange Office on August 14, 1852, gas lighting and running water had just been introduced to the busy port city of Alexandria, Virginia.

Their banking enterprise at Prince and Lee Streets (Lee was called Water Street then) was the fourth bank in the city. The business would move four times before settling in a neoclassical building built in 1903 at 100 S. Fairfax Street. The partners’ shared values and ethics would influence the Alexandria business community for generations.

Banks in the 19th century were private entities with no government regulation. In addition to deposits, the first Burke & Herbert firm handled stock sales, negotiations for real estate and land warrants, even silver sales, and the business swiftly established a solid footing.

Then, on May 24, 1861, six weeks after the Battle of Fort Sumter, 11 regiments of Union troops landed at the foot of King Street and began the longest occupation of a southern city during the Civil War. Arthur Herbert left immediately to assume a command position in Company H (“Old Dominion Rifles”) of the Seventeenth Virginia infantry, CSA. He would engage in 12 battles in the course of the war and rise to the rank of colonel.

John Burke remained in Alexandria, in jail or under house arrest throughout the war. Knowing that assets would be confiscated, he closed the business. The Alexandria Gazette later reported that depositors in the Burke & Herbert firm lost no money during the northern occupation.

One of those depositors was John Augustine Washington, the last family member to own Mount Vernon, which he had just sold to the new Mount Vernon Ladies Association for $200,000.

The Union command wanted that money and knew that it was hidden in the city. The Burke family suffered harsh treatment in the effort to flush it out.

Conducting a vigorous search of the Burke household, Union soldiers rampaged through the family’s belongings until reaching a bedroom where Mrs. Burke stood by a closed door. “It is my closet,” she said, “and you may search it if you must.” Still a gentleman, the commander declined to search a lady’s intimate items and left. The $200,000 was concealed under Mrs. Burke’s neatly folded clothing.

But the threat was only delayed. To get the funds out of Alexandria, John Burke called on Miss Sarah Tracy, secretary to the Mount Vernon Ladies Association founder and close friend of the Washington family. Miss Tracy was from New England. As a Yankee and a woman, she was allowed to travel across lines.

Sarah Tracy secreted the money in a basket of eggs. Alone, she drove a one-horse cart past 75,000 Union soldiers, crossing the Potomac River to reach Burke’s trusted colleague, “Mr. Riggs at the bank in Washington,” where she stashed the money in a safe deposit box. (She left the eggs on Riggs’ desk. He paid her for them.)

Union harassment of the Burke and Herbert families continued throughout the war. When peace finally came, the partners reopened their business in a city that would take decades to fully recover. By this time, John Burke had three sons working in the bank. Colonel Herbert had only daughters.

The aftermath of war

Alexandria’s growth remained slow moving into the new century. Through the Great Depression, the unregulated bank’s self-imposed business practices kept it solvent during a period of massive bank closures.

Upon taking office, President Roosevelt declared a four-day “bank holiday” and pushed legislation regulating bank activities through Congress. Under the U.S. Banking Act of 1933, banks could no longer issue, underwrite, or distribute securities and take in deposits. They had to choose. And to continue as commercial banks, private banks must submit to state or federal regulation. The firm obtained a state charter, becoming the Burke & Herbert Bank & Trust Co. on January 25, 1934.

The bank’s customer base grew. In 1954, the first of 24 new branches opened in Del Ray, followed every few years with another in a widening area. As the industry computerized, Chairman C.S. Taylor Burke Jr., resisted the impersonal nature of account numbers. In 1976, however, a New York Times article highlighted the bank’s lack of computers, and Mr. Burke gave in.

On “Computer Day” in 1977, Taylor Burke Jr. hung black crepe over the door of 100 S. Fairfax Street as the mainframe, too large to get in the front door, was hoisted through upper windows. Dubbed “Isabelle”, the machine weighed so much that she strained the floor joists. Still, computerization was so popular that staff gave Isabelle a one-year birthday party.

Transforming Old Town from a warehouse district into today’s dynamic historic district dates from the early 1970s, when the Virginia legislature passed what is still known as the “liquor by the glass” bill. It opened massive business possibilities, and the bank supported Old Town renovations.

“Burke & Herbert was doing the financing for restoration when no one else would touch it. A lot of people just wanted to tear all the historic structures down,” said Trudy Fowler, widow of former US Treasury Sec. Henry Fowler and long-time Burke & Herbert Bank customer.*

Members of the Burke family have contributed to numerous civic projects including founding the local Red Cross chapter (before World War I), supporting the Little Theater of Alexandria, and serving on the board of Stabler-Leadbetter Apothecary museum.

“Burke & Herbert is living history in the heart of Alexandria, Virginia, and the legacy its founders established in 1852 of trust, character and integrity lives on.” —Julia Williams, author. 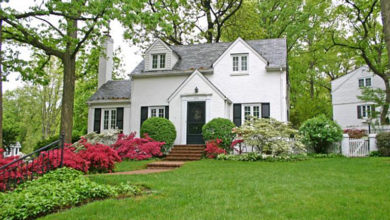 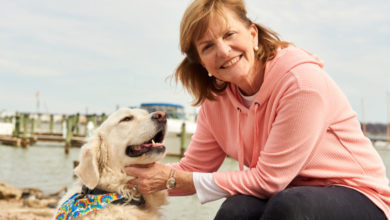