A much-anticipated Ocean’s 8 opened June 8, its initial $41.5 million making it number one at the box office while topping the boys from Ocean’s 11, 12 and 13. After the unequivocal blockbuster business bonanza and critical kudos of Wonder Woman last year, it doesn’t take Gloria Steinem to argue that empowered women are movie-making gold. Female warriors in all guises are coming out raking in the profits like gangbusters: Beauty and the Beast ($1.263 billion), the Hunger Games and Twilight quadrilogies ($2.9 and $3.7 billion) even Frozen, earning $1.26 billion worldwide. Solo: A Star Wars Story without the dynamic Rey in the lead earned less than any Shade of Gray and was quickly toppled off its throne by this gorgeous gang of 8.

Despite the considerable talent staged throughout the film, it could benefit from a Meryl Streep moment satirizing Vogue editor-in-chief and fashionista icon Wintour. Danny (George Clooney) is presumed dead, and without a dishy male counterpoint (Clooney, Pitt, even the missing Damon whose appearance was cut) or villain to love such as Andy Garcia or Al Pacino, there is a palpable lack of sexual and classic antagonist/protagonist tension. These femmes fatales are fabulous and soon Ocean’s boy’s club- all 11, 12, and 13 of them, are only a memory.

The Metropolitan Museum in New York, with its annual fundraiser hosted by Anna Wintour and Vogue magazine benefitting the Met’s Costume Institute, shines as the glitterati-littered scene of the crime. Pairing an institutional paradigm of beauty in art with Hollywood glitz and glamour proves to be an irresistible setting for the bedazzled ensemble. If you ever dreamed of attending the Met Gala (pronounced GAL-uh not GAY-laaaa) as a young girl or boy pretending to go to soccer camp while actually at sewing class, clandestinely reading Runway- I mean Vogue- by flashlight under the covers: this is just about as good as it gets. Truly it’s almost like being there.

The only thing possibly taking down Ocean’s eight fabulous females at the box office would have to be something like Incredibles Two, or hunky Chris Pratt side-kicking feisty red-headed, modern-day wonder woman Bryce Dallas Howard, saving endangered species and the world, all the while evading voracious Velociraptors and other Jurassic monsters. And not in heels this time.

Ocean’s 8 is currently at AMC Hoffman 21 Theaters and area screens in the DMV. It is rated PG for mild adult language. No violence or shooting. In fact not a gun was pulled. 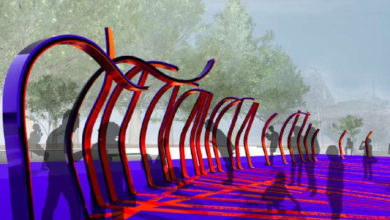 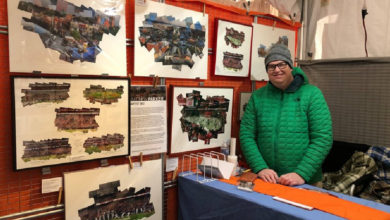 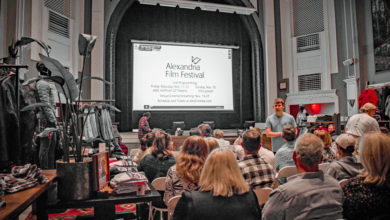