An unconventional and quirky young guy drops out of school to be a rock star and then a few years later takes the radio and TV airwaves (yes, it was still  largely on “airwaves” back then) with 1982’s smash “She Blinded Me With Science” as an early star of that thing called “new wave.” But surprise, decades later, after a wondrous musical career that still continues, he would end up becoming a respected and innovative educator, eventually helping to craft an entire groundbreaking curriculum about non-linear music and virtual reality? Not a huge surprise given his heredity, but still, a great story anyway.

“You know, I’d sort of felt teaching coming on,” Thomas Dolby told me via Skype as he prepared to embark on his unique Evening of Music and Storytelling tour that stops at The Birchmere on July 30th. “I’m from a long line of teachers, my father, and his father, and his father were all Cambridge dons, and my mother taught statistics. But I left school at 16 to pursue my rock and roll habit. I was always sort of the dark sheep, really, in the family. And you know, if were they still around, I think they would be very amused by the fact that I’ve finally joined the family firm.”

Since “Science” exploded onto MTV and FM radio back in 1982 — “it was a fun time,” Dolby said, “but the people coming up behind me and screaming ‘Science!!’ scared me to death sometimes’ — Dolby has been anything but a dark sheep, even if he calls himself a recluse of sorts. Among a myriad of stellar collaborations and contributions, he manned keys on albums like Foreigner‘s 4 (yes, the riff on “Urgent” is his), Def Leppard‘s Pyromania and the Thompson Twins‘ Set, played the Teacher (leave those kids alone!) in a live performance by Roger Waters of The Wall in Berlin, produced and played on albums by Joni Mitchell and Stevie Wonder and also released several solo albums with guests like Jerry Garcia, Bob Weir and Eddie Van Halen. He even wrote an acclaimed memoir The Speed of Sound that was an Amazon bestseller that describes his .

Music is still clearly the blood that runs through Dolby’s English-bred veins, but it’s taking that rare element of deep musical and technical acumen and passing it along that seems to be his calling as he heads into his 60’s. And those who know Dolby knew he could be a valuable and lasting asset sharing some of that luminous brain, so through a series of serendipitous events, he found the next steps that seemed to make perfect sense for him and those he would touch.

“It all actually came about in a weird way,” Dolby said. “I was on tour five years ago and a friend said, ‘We have professors of the practice who come in a couple of times a semester and give sort workshops, and you might be interested in doing it at our school.’ So I got out a map and started looking at universities, and I thought of John Hopkins but didn’t realize that they had an arts side, and they were planning to open a new film & media studies center in Baltimore, and they needed somebody to help them with the design for the space, but also with the curriculum, because although they had a film department, it was sort of academic up to that point and this was the beginnings of a new film school, basically, which they did in conjunction with MICA, the local art school. And so that really appealed to me, I helped them launch that project, and I taught film & TV scoring to mainly filmmakers, and to some Peabody Conservatory composers for three years.”

What was supposed to be a short stint at Peabody then blossomed into a good bit more when the school realized just who they had and what he could contribute as far as pushing their program into the future. Currently on faculty at the Peabody, Dolby will lead Peabody’s Music for New Media program, slated to enroll its first students in the fall semester of 2018.

“That was always supposed to be a three-year appointment but the Peabody said, ‘Well let’s have a conversation about whether you could come up with a new program here.’ So they’d been feeling pressure to expand the range of career paths they can offer into more technical and contemporary areas, and so film & TV composition and post-production was a good start. But I said why don’t we just leapfrog that altogether, and get into games and virtual reality because that’s gotta be the future: non-linear music. And on top of that, there’s such a push going on to get things like virtual reality over the hump, over the chasm, from companies like Google and Facebook and Microsoft and Apple and Sony, and so on, so if career prospects is what you’re looking at, then why not train a generation of classically qualified composers that are able to work with the current tools the industry is focusing on? It’s the first at a major American university, I mean, there are sort of, let’s say, trade schools where you can do aspects of this. But you could do this at Juilliard, and you could go to MIT but not be in an orchestra that’s world class, so we’re really, it’s the first attempt to do a program like this.”

So as Dolby preps for the fall’s brand new curriculum at Peabody, he is embarking on a brief tour that is not your typical type of tour, I mean, why would it be with a guy like Dolby doing it? Think of it as observing major surgery of songs by a renowned musical physician while he explains each move.

“I wanted to stay current, I had a little time in the summer to put into my own music, I hadn’t released any of my own for a few years, and my writing has always been quite sparse with longgaps between my solo projects, because of the number and range of the collaborations I’ve done. So something that’s turned out to be very popular with both my hardcore fans and general audiences has been when I sort of deconstruct my songs, talk about the meaning behind them, the inspiration that went into their creation, the sounds and the arrangements and the choices of chords, the melodies that I put together. And using modern technology, it’s possible to demonstrate, sort of unstitch them in front of the audience.”

And not only is Dolby a brilliant mind when it comes to the intricacies and…science…of music and how he presents it, he gets the humanity of it all as well.

“I decided to essentially allow the audience sort of put their own set together, from favorite songs out of the list, so it’ll be different every night; there’ll be an interactive element to it as a fairly high risk of ‘fall flat on my face.’ But people like it when you do that. They know you’re human. It makes it more fresh.” 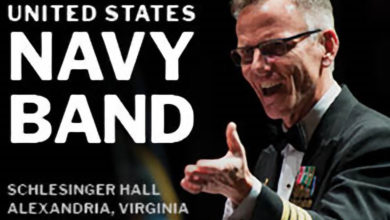 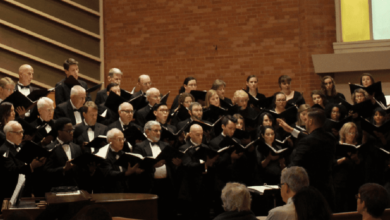