I love all the music from “Big River”! There, I’ve said it and I’m glad! Roger Miller, purported to be the king of country music for songs like “Big Bad John” in 1961 and “King of the Road” in 1964, wrote the score for this splendid musical which premiered on Broadway in 1985. Go figure. He surprised everyone by flexing his musical theatre chops with the jazzy, bluegrass and country styles represented by the score of “Big River”.

If you don’t know this musical at all, here’s a little background: “Big River” is a musical theatre version of Mark Twain’s colorful novel, “Adventures of Huckleberry Finn” with music and lyrics by the aforementioned, Roger Miller. Set along the Mississippi River, the plot follows our irrepressible hero, Huckleberry Finn, a wild child who helps his friend Jim, a runaway slave, escape to freedom. Through a series of hilarious encounters and elaborate hoaxes, Huck and Jim share heartwarming adventures in their search for liberty.

As Thomas W. Jones, “Big River” director/choreographer and celebrated Helen Hayes award winner (12 awards!), says, “Our approach is to see—through a 21st century lens—a story of friendship and courage that flew in the face of social political convention, and to see humanity and possibility in a world of nullification and denial. Big dreams underscore the power of our humanity that inextricably binds us—that is the journey of ‘Big River’.”

And, if you don’t know the score of this show, do yourself a favor and download it, then turn up the volume and dance! Better yet, I wish you could have seen the delightful version presented by the Schools of Theatre and Music at George Mason University this past weekend. As Joe Walsh, musical director of “Big River” told me, “This jaunty journey provides a brilliantly theatrical celebration of pure Americana.” And a jaunty journey it was! All the actors/singers (I think most of them are students) were at the top of their individual games! Leading the pack was a smooth-voiced and convincing Huck (Jeffrey Trent) and deep, rich-voiced Jim as played by Garvey X. Dobbins. Their duets, “Muddy Water”, “Worlds Apart”, and “River in the Rain” were all achingly beautiful. I expect, no, hope to see and hear a lot more from these guys!

Now, I’ve seen this show many times, including seeing it in 1986 on Broadway, but I’ve NEVER seen a more convincing duo of flimflam men, than Drake Leach as King and Ryan Phillips as Duke! Their song, “When the Sun Goes Down”, simply killed and brought down the house! And their costumes by Alex Wiemeyer were hilarious and just a tad racy! Another marvelous performer, Kyle Donovan as Tom Sawyer, also had a lovely singing voice and great style onstage, as did the Widow Douglas (Jessica Barraclough) and Miss Watson (MacKenzie Cahill).

Space prohibits me from writing at length about all the other great character parts (Pap, Judge Thacker, A Young Fool, Alice, Hank, Mary Jane Wilkes, Simon, Susan, Joanna Wilkes, Alice’s Daughter, Ben) in this show. All these actors and singers brought to the stage a nice level of professionalism and each one was memorable and well received by me and the audience.

A couple of downsides: I that I felt the show was a tad too long (2:45) and could have been trimmed a bit without losing too much content, also, the sound from the body mics was erratic and I missed some of the dialog. However, the basic sound design by Reid May and the lighting by Joe Miller, as well as the expository projections by Sherrice Mojgani, kept the show moving along and were very interesting and informative. Choreographer, Stefan Sittig, used his dancers to great advantage, and moved the large ensemble of singers/actors around expertly and efficiently.

Additionally, the 10-person pit orchestra underscored it all with balanced, lively, and very professional, but rollicking music led by the irrepressible and multi-talented conductor Joe Walsh, who is on the faculties of both the School of Music and Theatre. He placed musicians onstage, too, adding a grace note to the show, with a beautifully played harmonica by Connor Filicko, guitar by Matt Davis, and Banjo/Mandolin by Tylor Goshorn. In fact, all the moving parts of this show (and believe me, there were many!) worked extremely well (thanks to scenic designer Phil Male) on the vast stage at The Center for the Arts, which, by the way, seats 2,000 people and there was a huge crowd there on a rainy Sunday afternoon!

Major kudos to everyone on and backstage who made this rarely performed show a reality. It was professional, entertaining, and thought provoking, as well. I’m sure Mark Twain was pleased! 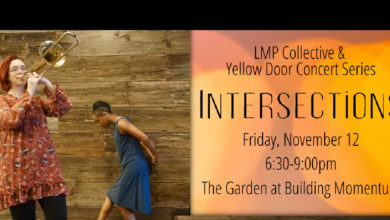 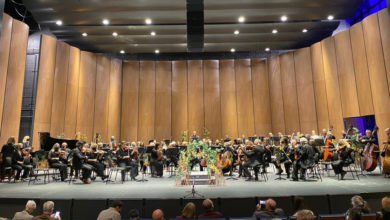 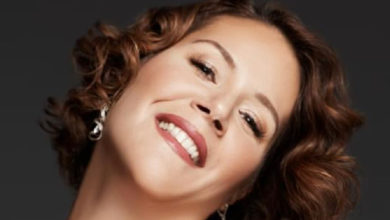 “Fences” at Little Theatre of Alexandria is Strong and Absorbing