ALEXANDRIA, VA – Urbano 116 (116 King Street) opens to the public on Monday, January 21. The first endeavor in the United States for critically acclaimed, award winning chef Alam Méndez Florián, Urbano 116 will offer moles, tacos, ceviche and more. Opening on the heart of King St, the restaurant is both adventurous and approachable.

Heirloom Oaxacan corn, ground into moline and used in fresh tortillas, and house made moles form the foundation of Méndez Florián’s menu at Urbano 116. Tortillas are made in house and enhance by nixtamalization, 48 hour process in which corn is soaked in an alkaline solution, in this case limewater, washed, then hulled. The process makes the corn easier to grind, adds nutritional value, improves flavor and aroma, and makes for a softer, more pliable taco.

Common Plate Hospitality, the group behind Urbano 116 (as well as Catch on the Ave, Augie’s Mussel House, and Mason Social), met the young Méndez Florián on a research and development trip to Mexico City and instantly connected over their vision for the Alexandria restaurant.

The 29-year-old Méndez Florián attended the Culinary Institute of Mexico in Puebla, where he apprenticed under Chef Angel Vazquez at Intro. After graduating, Méndez Florián worked in several Michelin starred kitchens including Noma Mexico, Fabes and Arzak. His first restaurant, Pasillo de Humo opened its doors in 2016 in Mexico City and was recognized as one of the best new restaurants locally and lauded as a dining destination internationally.

Méndez Florián puts his years of experience and familial recipes to use with a menu of decadent moles, of which the painstaking creation process takes at least two full days. Each ingredient is individually cooked to perfection before joining others in an infamously complex sauce.  Diners can try Méndez Florián’s meticulous moles in entrees like the almond mole with braised short rib, black mole with grilled chicken breast and a black bean tamale, as well as a vegetarian mole made with cashews.

Tacos feature heavily on this Mexican menu with options ranging from fish to lengua to vegetarian. Slow cooked tlacolula lamb barbacoa is slow cooked for hours, wrapped in the Oaxacan corn tortilla and topped with Morita and avocado sauce, tomatillo, cabbage, and cilantro.

The traditional and contemporary elements of Urbano 116’s menu are reflected in the interior design which features whitewashed, exposed brick, traditional patterned tiles and a modern mural of a Mexican wrestler by local Latino artist, David Amoroso. The restaurant seats 160 people total, with a private dining room for 45 and a large U-shaped bar. Urbano 116 will offer craft cocktails and a large, variegated list of agave-based spirits.

For more information visit www.urbano116.com or follow the team on social media @Urbano116.

Alexandria Has Voted: See the Best in Town from Donuts to Doctors 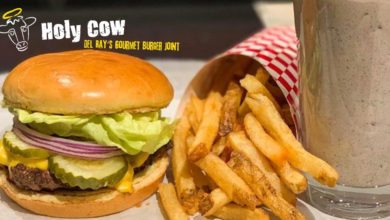 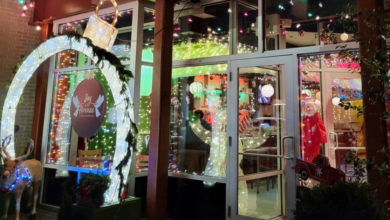 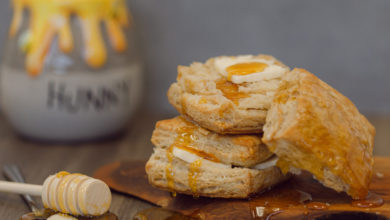 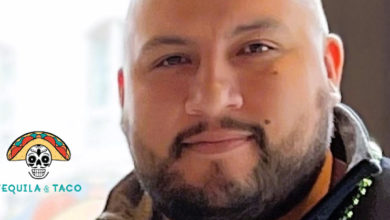