No speeches, no crying, no funeral. That was the way Fay Slotnick would’ve wanted it, and on Saturday, March 9, hundreds celebrated the life of an outstanding Alexandrian who dedicated her life to helping others.

Slotnick was diagnosed with liver cancer on Jan 30 and passed away surrounded by her family at the age of 71 on Feb. 20. She is survived by her husband, Jack, her daughters Jennifer and Phyllis, son Steven Lynn and four grandchildren.

“She let people be themselves. That’s the bottom line,” said Phyllis Slotnick. “She didn’t want you to be someone you weren’t, and she cared about who you were and wanted to help get you to where you are going.”

Slotnick immediately immersed herself into the culture of Alexandria after moving to the port city with her family in 1996. Among her accomplishments and civic responsibilities, she became the vice char of finance and administration for the Alexandria Democratic Committee, co-founded and led the Parent Leadership Training Institute, volunteered at the Torpedo Factory, the Alexandria/Arlington Court Appointed Special Advocate program and served on the board of the American Civil Liberties Union- Virginia.

“She was a lawyer before we came here,” Jack Slotnick said. “When we moved here she debated whether she wanted to go back to her law practice or do something for the community. She decided that she just wanted to give back to the community and she just started doing things. She joined the Friends of the Torpedo Factory, she started PLTI, she worked with the Alexandria Volunteer Bureau and she just gave of herself as much as she could possibly give.”

Alexandria Mayor Justin Wilson said that Slotnick was a pillar of the community, and had a talent for finding the heart of important issues.

After Fay Slotnick’s sister, Eileen, died from breast cancer, she and Jack welcomed their 12-year-old nephew Steven Lynn to their home. The couple later adopted Lynn when he was 31 years old. Now a teacher in New Jersey, Lynn has three children of his own and said that, like their mother, he and his siblings have dedicated their lives to helping others.

“They saved my life, they saved me, and I want my children to understand that it’s important to give back,” Lynn said. “She was always that way, always fighting for the underdog and working with people within systems to make them better.”

Holly Wallace, the vice chair of the Alexandria Democratic Committee, said that Slotnick got her involved in local politics.

“She wasn’t afraid to ask people to do things. She had this way to get people motivated, and she would get them to take action and then hold them accountable,” Wallace said.

Kate Garvey, the director of the city’s department of human and community services, said that Slotnick was a doer with humility.

“She wasn’t about her ego or anything,” Garvey said. “She had connections that other people normally wouldn’t have that literally opened doors.”

Virginia Del. Mark Levine (D-45) met Slotnick during his first campaign for office and called her a force of nature.

“I just admired her persistent doggedness and her fight for the people who are really afraid to fight for themselves,” Levine said. “It’s hard to believe she’s gone, because she had such vitality and such strength that it’s hard to imagine the city without her. I still feel like she’s going to appear around the corner.”

In lieu of flowers, donations may be made in her name to the ACLU of Virginia and ALIVE.

'It's Just a Shocker to All of Us': ACPS Custodians Against Outsourcing Plan 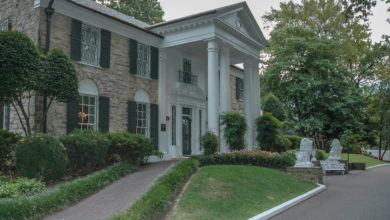