Germans always find an excuse to drink beer, and if you’re looking to settle down for a liter or two of the cold stuff with a genuine imported pretzel or sausage, consider stopping by the Village Brauhaus. After six months of renovation, the German beer hall and restaurant opened on March 1 at 710 King Street.

“Germans always find a good excuse to have a party and there is a festival going on all the time,” Bill Gross, the owner of Village Brauhaus told The Zebra. “I mean, in March they release their Märzen beers, in April they have Fruhlingsfest, which is the spring version of Oktoberfest. And in May there is Mayfest.”

Gross and his wife Chelsea got married last October, went on a quick honeymoon in Mexico and then officially packed up and moved from New York City to Old Town. They signed a 10-year lease with two five year options and got to work on renovating the space, which was home to Medieval-themed John Strongbow’s Tavern.

“There were suits of armor throughout the building,” Chelsea Gross said. “There were murals of knights jumping through the wall. We went with something a little more traditional, especially like in Bavaria. And you see that Germanic house look with ivory white colors and some dark brown natural wood colors.”

Bill Gross, who is half German on his father’s side and half Austrian on his mother’s side, said that there was a heavy presence of Germanic culture in his home as a child. A graduate of the Culinary Institute of America, he opened his first restaurant, the Jägerhaus Gastropub & Biergarten in New York in 2014. He also owns and operates a restaurant consulting group. He and his wife sold the New York restaurant before moving to Alexandria, and said he wants to open more restaurants in the region and isn’t married to the Germanic theme.

“Without risk there is no reward, but I’m not in a rush to start a new concept. I think that the worst thing an entrepreneur can do is to grow too quickly. I want to make sure that we have a very strong foothold here at Village Brauhaus before we start exploring other options,” he said. “It’s gratifying to see everything come together. But when you finally get to the point where you’re closing the doors at the end of the night and turning the lights off and walking away, you do get a very rewarding feeling.”

Village Brauhaus seats up to 205 people, and was packed on opening day. The bar offers 11 German beers on tap and a local option from the Port City Brew Company. Their target demographic is anyone who wants to grab a couple beers, potato pancakes and other German fare. The restaurant includes two large upstairs rooms, one of which has a stage and will feature all sorts of live music (traditional German music will be played on special occasions).

“That rush of opening day was amazing,” Chelsea Gross said. “We were doing a bunch of things and then walked out into the dining room and every seat was filled and the bar was filled. People were standing at the bar holding pretzels. People didn’t even care if they couldn’t get a seat. It was awesome, because people were knocking on our doors for the last six months .”

Don’t Miss: Did You Hear? Threadleaf is Expanding in Old Town

Did You Know: George Washington Ate Dinner with Col. John Fitzgerald on St. Patrick’s Day in 1788 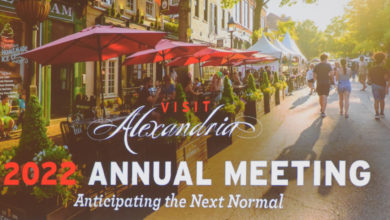 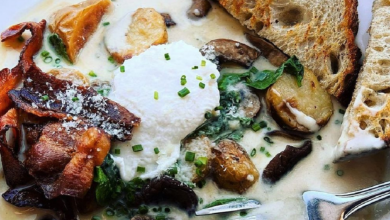 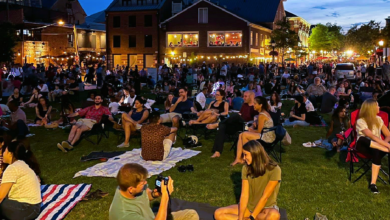