Alexandria, VA – Employees of the Alexandria’s Sheriff’s Office recently got a boost in their pay and retirement benefits. The City Council, on Sept. 10, unanimously approved a 2.29 percent pay increase for all uniformed sheriff personnel that goes into effect in October.

“I just want to thank staff, the sheriff’s department and employees for the collaboration here,” said Alexandria Mayor Justin Wilson. “I think it’s a good example of how when we work together, we can come up with something.”

Additionally, starting on or around Jan. 1, 2020, improvements to the retirement benefits and pay scale of Alexandria Sheriff’s Deputy’s will go into effect. Uniformed staff can expect a transfer to the Virginia Retirement System plan with enhanced hazardous duty benefits, and an increase in what deputies pay for total city retirement costs.

In October 2018, city council approved pay increases for police and fire personnel. One of the major elements of the approved proposal is an earlier retirement option with no penalty, thus recognizing the physical demands and hazards of the job. Having met the eligibility requirements, the average deputy sheriff would have a 25-year career rather than a 30-year career.

“Not only does this eligibility adjustment recognize the physical demands of the job, but it should reduce the incidence of work-related injuries and disability,” states the proposal.

Staff are currently working to make the necessary changes and working with VRS to implement the VRS plan with hazardous duty benefits.

Have You Stopped to Admire The Hanging Flower Baskets in Old Town?

ALEXANDRIA HISTORY: How Jones Point Was Almost an Amusement Park 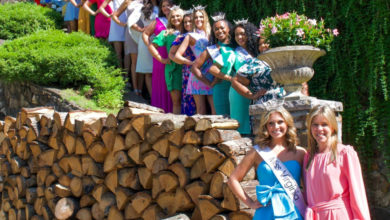