ALEXANDRIA, VA – Getting compared to one of rock’s earliest and biggest legends as you start out your career can do one of two things. It can give you some much needed inspiration and a dose of hope that you are being mentioned in the same league and can possibly aspire to those comparisons. Or it can set your bar so high you could very easily get frustrated if you don’t even get close to there.

For Marshall Crenshaw, being compared to a latter-day Buddy Holly was something he had to deal with at the beginning of his highly successful now 35-plus year career, not only because he looked strikingly like Holly, but his music seemed to have that same simple yet energetic early rock feel coupled with subtly clever lyrics. Heck, he even played Holly in the 1978 film La Bamba. Looking back, Crenshaw realizes that after shunning it for a while, it really wasn’t such a bad thing.

“It was cool, it really was,” said Crenshaw, who plays DC’s City Winery on November 16th. “I mean, I bristled a little back then when I heard it, I’m not exactly sure why I did that because I did love his music back when I was obsessed with my cousins’ rock and roll records that they would bring home. I mean, I’m very cool with it now. I realize now that that was really a positive thing. 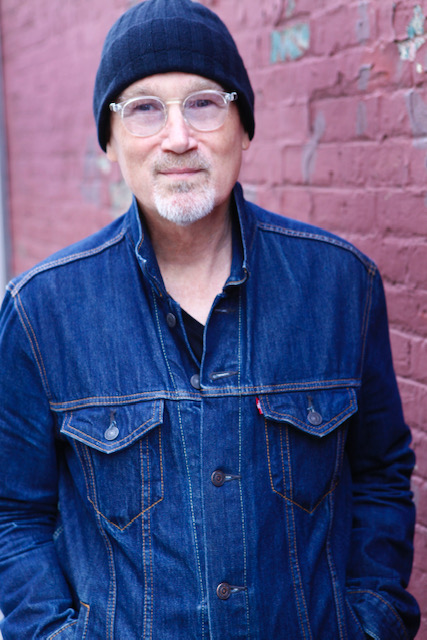 For the now 65 year-old Crenshaw, the past almost 40 years of making music have been rife with superb songwriting, an occasional dose of serendipity and ultimately, sustained growth as an artist, garnering a loyal and dedicated fan base and mutual respect from peers as well. He continues to tour heavily, either solo, with the Bottle Rockets, or as a sometimes lead singer with The Smithereens, and over the next few months will be re-releasing some old classics for the first time on vinyl, as well as putting out some new music. And as if the musician part of his life isn’t enough to keep him busy, he continues to work on a documentary he’s directing and producing about legendary record producer Tom Wilson.

Looking back at how things began, Crenshaw’s first real break came in an unusual way, when in 1978 he played John Lennon in the first national touring company of Beatlemania, the Broadway musical revue featuring the music of The Beatles. For Crenshaw, it was a unique plunge into music that got him out of his comfort zone and gave him a footing that eventually helped propel his career forward.

“It was a turning point, most certainly,” said Crenshaw. “Just the fact that it was a departure from anything I’d ever done before. I was a bar band musician, and I had ambitions of course. But I didn’t really know how to find a pass for that, and Beatlemania took me out of my little backyard. I’d already left the Detroit area, but I went back there to regroup and then I got in Beatlemania and that was it, I went off into the world. So that was a big deal. The other thing is I started to meet guys my own age who weren’t from my home town, from all over the place. It just kind of broadened my whole worldview and it was a big life changer. So yeah, I went straight from Beatlemania to doing that thing that I do.”

One of Crenshaw’s clear and present strengths from day one is his superb songwriting, where he has always glowingly exuded passion and cunning blended with workmanship and artistry. It was writing songs that really gave Crenshaw his mission, because he felt early on that it was clearly his destiny.

“I had to do it, it just came up to a certain point in time when this became clear in my mind, ya know, how to go about doing it. Figuring out a style and a sound that I wanted to pursue. I’ve kind of been building up to that moment for forever. I was a cranky little kid, and it was like rock and roll music was about the only thing I liked, I mean I just wanted it all my life. That’s the bottom line of it. And then there wasn’t ever any second thoughts in my mind about doing anything else. I really struggled to graduate from high school. And then I had some day jobs so I was never interested in college. I regret that now. But I was just always wired to do this.”

In addition to penning great records and hit songs like “Someday Someway” and “Whenever You’re On My Mind” that often take people like me back to their college days, both Crenshaw and his songs ended up in films like La Bamba and Francis Ford Coppola‘s Peggy Sue Got Married, where he appeared with his band. Later, he wrote the title track for Walk Hard which was nominated for a Grammy. These were largely totally unexpected but advantageous developments that definitely gave him and his music even more exposure.

“That was all just luck,” Crenshaw says humbly. “It was just a byproduct of having records out, and you just kick the stuff out the door, you never know exactly where it’s going to go or what it’s going to generate, etcetera. It’s a double-edged sword because it can be good, bad and indifferent. I mean, I like just that wildcard factor of it, I really, I really do. It was not something that I would consciously pursue ever, but it just happened and it was very lucky that that happened. “

In recent years, Crenshaw has chosen to release more EPs than full albums, reflecting his ongoing desire to still make new music, but not go through the often arduous process of recording a whole album.

“I guess you could say there was a strategy when I did the EPs, in that I didn’t want to make albums anymore, but I still wanted to make records because that’s really what it’s all about. Well, no, let me take that back. that’s not what it’s all about, but that’s a big part of it. So the idea with the EPs was try to figure out a way to make records without having to go through the process of an album.”

Crenshaw is now in the process of re-releasing some of his older music — starting with 1996’s Miracles Of Science — which has caused him to revisit his earlier works and pleasingly find the luster in them all these years later.

“With Miracles, that was like an artistic exercise right there. I started to put the thing under the microscope a little bit and I wound up re-mixing a couple of the tracks, I reconfigured the running order of the album, and it also needed new artwork because the CD artwork was not transferable. So the album to me is kind of shiny and new, and all of a sudden, I’m excited about it. I had kind of an ambivalence about this album over the years, but now that I revisited it, I’m like, well I really think this is one of my better ones.”

Even though Crenshaw’s songwriting has always been his strength and passion, he has wrestled with doing more of it as he gotten older. But as with many talented artists, his innate dexterity and continuing brilliance has put him fully albeit unexpectedly back in the mix, and he appears rejuvenated and excited to keep the train rolling.

“I just didn’t want to do it anymore, but I guess somewhere in my mind I still have the urge to try and create new stuff after all this time. The two sides of the 45 that will come after the re-release are going to be new tracks, I actually have a commitment now to write some new songs and record them. But the first single, the two sides of it are songs that I didn’t write but they’re favorite songs of mine. And then after that, I’ll be writing some new songs. Like I said before, I wasn’t going to do it again, but I changed my mind, so here I go. No albums, but singles is what I’m going to do, and I think that’ll work.”

Another unexpected aspect of Crenshaw’s career has been his lead singing guest slots with Jersey rock favorites The Smithereens after the untimely 2017 death of lead singer Pat DiNizio. This collaboration stems from him meeting the band decades ago, giving the melancholy union some joy and happiness amidst the sadness.

“When we all met, it was when we were young, when everything about being in show business was new and exciting to us. Then after Pat died, about six weeks later they were supposed to play this double bill with Patty Smyth & Scandal, and it turned into a Smithereens tribute show. The whole thing was a gas, like a family reunion, but the second part of the show was really beautiful actually. A couple of weeks later, they reached out to me and asked me to do something with them. My thought was just to carry on the buzz from that night, the spirit of good fellowship and the fact that we’re all still breathing, so I’m really just still doing that. I just have this bond with them and I had the same thing with Pat. When he was going through his decline, I couldn’t figure out why I felt sad about it, but I thought, I care about him, and it’s strange because he doesn’t seem to care about himself in any kind of a positive way. But I did. So yeah it was fun in the immediate aftermath of the tribute, and it’s just still really cool. They’re great people and it’s fun to play their music, it’s just really good rock and roll songs. Come to find out that the songs are actually a good vehicle for me too, which is a bit of a surprise to me.”

Marshall Crenshaw may have both enjoyed and wrestled with his evolution, but he has shaken off the urge to stop creating and continues to do what he loves most: making music. Did he think he’d be doing all this in his mid 60’s?

“Well, I couldn’t have imagined it, honestly. I’m happy that I’m still physically able to do what I do, blows my mind. And as far as people liking what I do, I mean it’s all just down to personal taste of course. But I do think that my stuff is good, so maybe that has something to do with it.”

Cafe 44 is participating in Alexandria Restaurant

Are you ready to get organized in 2021? Start the

Schedule an appointment with Metro Motors before y

Different Types of Flooring Commonly Used in Renovation and Building

Bartender-Driven Petition Circulating in Alexandria to Impose 6 PM Curfew Until...

ABOUT US
The Zebra in Alexandria, Virginia is an ALL GOOD NEWS printed tabloid, and is the city’s largest publication with 30,000 doorstep-delivered copies to residences and businesses all over town. Please contact us at 703-224-8911 or sales@thezebrapress.com to request a media kit. Contact us: sales@thezebrapress.com
FOLLOW US
© Powered by Blue 16 Media

Citizens Group Fights to Save The Heritage Complex in Alexandria