ALEXANDRIA,VA- Candidates for elected office today pass out pens, flyers, and bumper stickers. When a young George Washington ran for the Virginia House of Burgesses before the American Revolutionary War, he wooed voters with hard cider and other spirits.

Hard cider was once the drink of choice in America, especially in the 1600s and 1700s, when potable water was often not available. Forefathers like Washington, Thomas Jefferson, and John Adams imbibed eagerly, as did the common shopkeeper, farmer, and soldier.

Hard cider is fermented like wine, not brewed like beer. It is the oldest craft beverage in the country. Cidermakers grind and press many varieties of apples to a pulp and ferment the juice. Some ciders are apple blends or blends with other fruits. In Virginia, hard apple cider can be up to 10 percent alcohol by volume without adding sugar to the unfermented juice, a process called chaptalizing. If apple juice is fermented above 10 percent alcohol, it must be labeled apple wine. If chaptalized, the alcohol content is limited to seven percent.

John Adams had a tankard of cider before breakfast, a practice he believed gave him good health and a long life. Thomas Jefferson praised cider as “nearer to silky Champagne than any other,” but after their time, cider’s popularity waned. Some attribute its decline to the Industrial Revolution and a growing immigrant population that preferred wine and beer. Prohibition, 1920 to 1933, also depressed cider production and consumption.

But enterprising entrepreneurs in Virginia and elsewhere have revived this classic beverage. Today, the Commonwealth is home to at least 28 cidermakers. In 2012, Virginia became the first state to have an official cider week, proclaimed by then governor, now U.S. Senator Tim Kaine.

Hard cider appeals to many as a mildly boozy, gentle alternative to other alcoholic beverages. As Trevor Gibson of Castle Hill Cidery in Keswick put it, “You can have a few glasses and not get wasted.” Cider is “guilt-free drinking,” said Brian Shanks of Bold Rock Cider in Nellysford. “It’s gluten free and better for you, healthier,” said Lost Boy Cider’s Tristan Wright.

Wright put whiskey and beer behind him after being diagnosed with a gluten and soy allergy. He trained in cider production and now handcrafts a natural and “100 percent awesome” cider in Northern Virginia’s first cidery, a former warehouse at 317 Hoofs Run Drive, Alexandria. Lost Boy Cider opened in June.

“The proper glassware [to drink cider] could be anything from a wine glass to a jelly jar,” according to Albemarle Ciderworks’ website. You are urged to enjoy the bouquet, to “funnel the aromas of the cider to your nose…Next take a small sip, allowing the cider to coat your palate; notice acidity, tannin, sweetness, savory flavors, ripe fruits. And as you swallow, take note of the finish—is it long and bold, short and sweet, bright, lively, etc. Repeat at your leisure!”

Foodies maintain that cider pairs well with many dishes. The experts at seriouseats.com advise cooks to think of dishes that you’d cook with apples, like pork chops and butternut squash.

But the taste of cider varies widely. According to ciderweekva.com, “Sophisticated chefs…know that cider is a food friendly beverage that dances well with many flavors, often a better partner than wine. Dry tannic cider acts like a red wine, pairing well with many meat dishes. Crisp acidic cider contrasts perfectly with rich buttery dishes. Off dry cider [cider with slightly more residual sugar than dry cider] loves spice and smoke, excelling with grilled vegetables and fish. Sweet cider does the tango with spicy Thai or vinegary BBQ. And dessert ciders compliment fruit desserts of any kind.”

All Lost Boy ciders are “bone dry,” says Wright, with no sugar and an alcohol content of 6.9 to 9 percent. He uses 18 varieties of Virginia apples, including Stayman, Pippins, ginger golds, and Albemarle Gold Rush. His Comeback Kid heritage cider is all apples, no other flavors. Wingman combines apples and raspberries. The Porch Sipper is a sweet tea cider. Thunderbolt has coffee and is cold steeped in the fermentation process.

Marc Chretien’s goal for his ciders is for each to have color, bouquet, a smooth feel, taste, and finish. He says most apples cannot do all five. Chretien has four ciders on tap, including Farmhouse Style, a citrusy beverage which feels like prosecco on the tongue, and beer-like Old Volstead. He ages General’s Reserve in bourbon barrels and makes Ginger Cider with fresh ginger root. His crisp Five Pepper Cider has poblano, Anaheim, Hungarian wax, bell, and jalapeño peppers.

Jeff and Laura McCarthy Louden both produce cider and host a cider pub, the Tasting Tavern, on their bucolic family farm. They use apples from Warren, Fauquier, and Clarke Counties in ciders that include Traditional Jeffersonian, a hand-crafted, hard cider and a range of flavored ciders with names like Smackin’ Orange (red delicious apples and oranges) and Harvest Pumpkins (red delicious apples, cinnamon, pumpkin, and spices).

The Shelton family is recreating classic American cider from heirloom apples, not “bastardizing” it with flavors. “We’re purists,” said Charlotte, producing “a carefully crafted product” and spotlighting “what the apple can do.” The ciders are 100 percent apple, blended for a balance of aromatics, tannins, and acidity from apple varieties particularly suited for cider. All are sparkling and carbonated, which helps open up the flavors to the palate.

On this 600-acre farm, Trevor Gibson makes eight ciders from 100 percent locally grown apples and bear names like Celestial, Levity, and Serendipity. They are balanced to be consumed with food. Castle Hill ages one of the ciders in terracotta vessels called kvervi, from the Republic of Georgia. It is a method used 700 to 800 years ago. Cider has been made at Castle Hill since 1764.

All Winchester Ciderworks ciders are pressed, fermented, and bottled in-house from Frederick County apples. Their signature ciders are fermented in the eastern English style, off dry. Drawing on five varieties of apples, cidermaster Stephen Schuurman’s Malice is lightly effervescent, while Pious Pear is a blend of apples and pears, lightly carbonated. Wicked Wiles is aged in bourbon barrels at least nine months.

Cider is winning hearts and taste buds today, but in the past, it actually helped win a war. When British General Banastre Tarleton led a march to Monticello in 1781, to capture Virginia Governor Thomas Jefferson, he stopped at Castle Hill farm where the Walker family faked being loyalists. They welcomed Tarleton for lunch and plied him with tankards of cider. As Tarleton sipped, slurped, and dallied, the Walkers dispatched Jack Jouett to warn Jefferson that Tarleton’s troops were headed his way. Jouett arrived at Monticello before the Brits and Jefferson escaped. And so, according to Castle Hill’s Trevor Gibson, “Cider won the Revolutionary War.”

ER Ticker Offers Options When It's Not An Emergency

Foodie Newz: Our Favorites are Growing 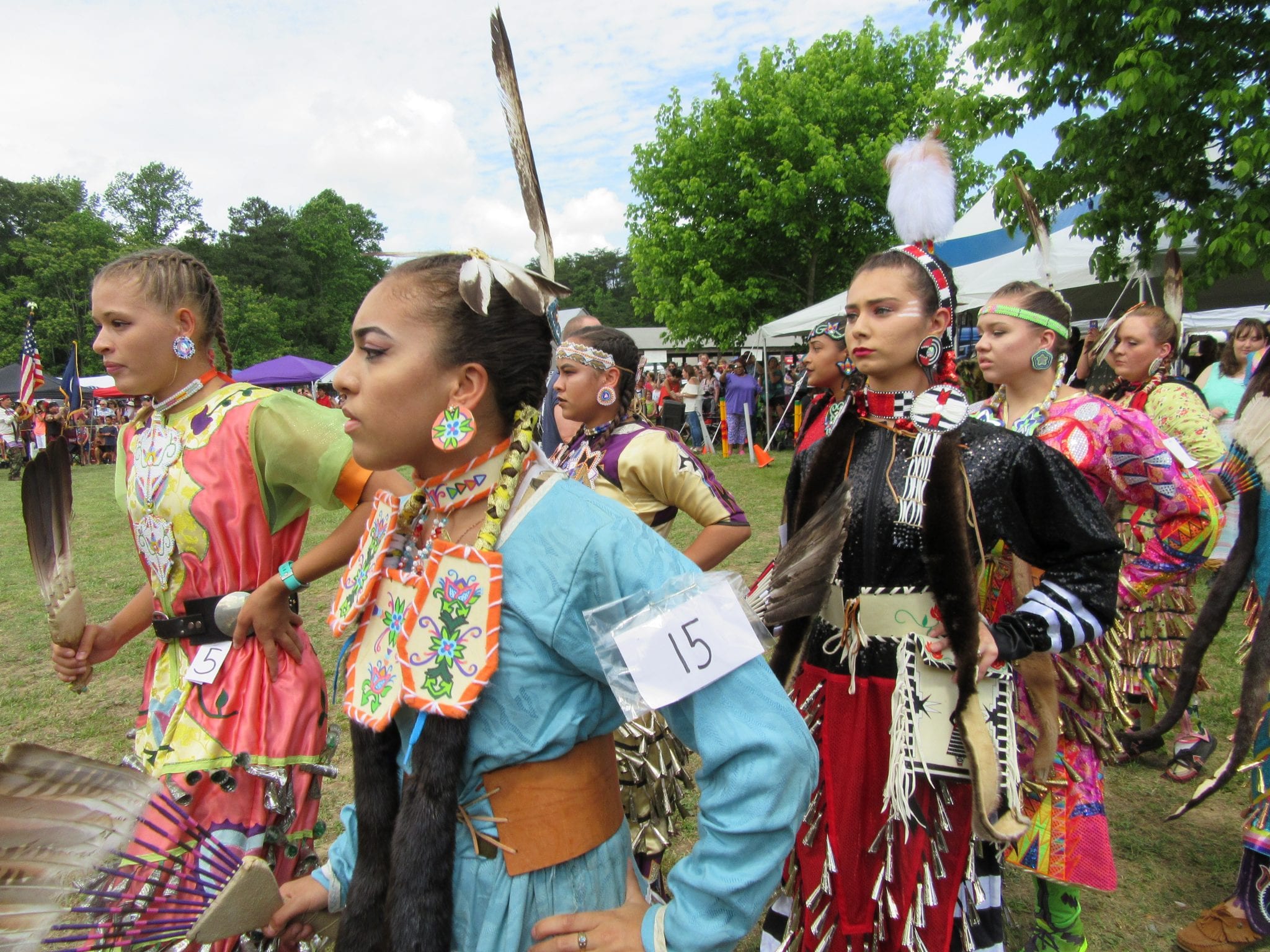