ALEXANDRIA, VA – After less than eighteen months since its groundbreaking, Bishop Ireton High School hosted hundreds on Monday, February 3 who were there to celebrate the ribbon cutting ceremony and opening of the school’s new 40,000 square foot academic center, which sits adjacent to the current school building at 201 Cambridge Road.

The renovation also sports an auxiliary gym and new training facilities. Portions of the existing high school were modified, expanding and renovating portions of the North Gym Wing. Also included is a new main office and entry addition, and the reconfiguration of the front parking lot and entrance.

The Zebra asked Head of School Kathleen McNutt about the construction process and any surprises it held. McNutt’s face filled with a smile as she answered, “In a way, everything was a surprise to me!”

McNutt has been in and around the grounds since 2010 because she has been an Ireton parent since then, but was in for a few challenges arriving as Head of School late June.  “I arrived as the major construction was getting underway, and I had to work day and night to get up to speed on the details and scope of the project.”

In showing the new spaces to alumni and current families, McNutt shared that the biggest surprise is the new auxiliary gym. “Because that gym was added to existing space, everyone has been amazed at how various corridors, storage areas, and an old boiler room was all renovated to create such a versatile space for all students and athletes.”

The construction impacted the daily routine of everyone.

“Students and faculty had to be incredibly flexible for this process. Our school year actually started one week late,” explained McNutt, which which was planned back in June, but nonetheless, was still an adjustment for the start of the year.

“Teachers have had to teach in rooms they don’t normally teach in, and in sections of the building that their department hasn’t normally been in. Students started the school year eating in the main gymnasium, with a limited hot food selection, and study halls were held in the auditorium.”

With the project now completed, McNutt looks back with pride, saying “It’s hard to find one particular story that stands out, but I believe the greatest accomplishment of this project is the positive energy that has surfaced throughout the school community.

Alumni, Parents, Students, Staff and the Diocesan community have all worked together to make this project a reality for Bishop Ireton, for the City of Alexandria, and for Catholic education in the Diocese of Arlington. I hope that the positive energy will inspire our students in the future.”

OTHER SCHOOL NEWS: New MacArthur Building Up For Consideration by School Board 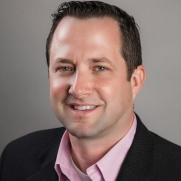 A Record Set in Donations By A Del Ray Holiday Tradition!