ALEXANDRIA, VA – One of my holiday traditions is to summarize the past year’s events on a gift tag and hang the tags on my holiday tree. I read the tags each year as I unwrap the ornaments.

The tag for 1985 read “Left ICESA (the acronym of the Capitol Hill association I worked for) in July. Plan to incorporate Nina Tisara Photography soon. Making progress w/wedding and portrait photography. Became part of Factory Photoworks (now Multiple Exposures Gallery) at the Torpedo Factory. Biggest joy is Commission on Arts grant to do photographic portrait of religious life in Alexandria.”

So I was happy when Kristin Lloyd, Acting Director of the Alexandria History Museum at The Lyceum (formerly The Lyceum) emailed me recently to say she wanted to do an exhibit on Converging Paths, the name I gave the project, and would I like to be involved? Yes!

Converging Paths was first exhibited at the museum in 1985-86. Thirty-five years ago! The original exhibition included 107 of my photographs documenting worship in Alexandria and religious objects borrowed from Alexandria houses of worship. I have since donated the prints to the Office of Historic Alexandria.

The new exhibition will have a slightly different focus—History. In addition to photographs, early plans are for museum-goers to see the manual film camera and enlarger I used to make some of the prints. Others were made at Northern Virginia Community College, where I enrolled as a photography student when I realized I didn’t have the technical skills I needed to do the project.

Idea Hatched in a Car Ride

The idea for Converging Paths came to me while driving the 3-1/2 miles from my home in Fairlington to Old Town, where I was then freelancing for the Port Packet, now the Gazette Packet. In that short distance, there are seven different denomination churches. At first the architecture got my attention but I soon knew it was people I wanted to photograph, people in worship.

I received a grant from the Alexandria Commission for the Arts, around $3,000. I worked on the project for a full year. I photographed activities in 50 different houses of worship. Fifty. Some I returned to more than once to be sure I had a negative good enough to print. To be as unobtrusive as possible, I used available light, mostly Tri-X film, and high energy developers. There were many technical challenges and one dilemma I didn’t anticipate. Sometimes hands reached out to mine in invitation to join prayer circles. To accept, I would have had to put down my camera. Joining hands, I knew, would have to wait and these days I won’t bring a camera to my church.

The experience of photographing worship in many different churches, synagogues, and a home where Buddhist monks lived and worshipped (there were no Muslim mosques on the List of Clergy) left me feeling that there are many paths to worship, but despite the differences, we are all kin. Hence the name, Converging Paths.

Watch for an announcement of the exhibition opening in March 2020 where I hope our paths will converge. Alexandria History Museum at The Lyceum is at 201 S. Washington Street in Alexandria. 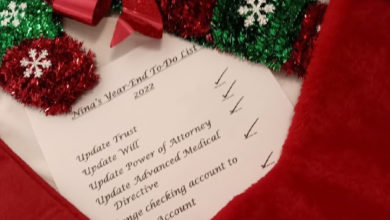