The world of dog training has moved away from punitive/coercive approaches to reward-based training. This evolution was initiated in part by scientific studies over the past 20 years on how dogs think and learn.

Reward-based training works on the premise that all living things will repeat rewarding behaviors and avoid behaviors that are not. Positive trainers think in terms of what we want the dog to do, as opposed to what we don’t want the dog to do. With old-fashioned correction methods, the trainer waits for the dog to do the wrong behavior—pulling on leash, jumping up, or not coming when called—and then corrects it with tools such as choke chains, prong or shock collars.

Studies on dog training overwhelmingly point to the benefits of using reward-based training over punishment and correction. Here are seven reasons to follow that advice:

Many organizations have spoken out against the use of punishment in dog training because it carries risks. For example, the American Veterinary Society for Animal Behavior endorses training methods which motivate animals to work for things (food, play, affection) rather than using fear or pain to punish them for undesirable behaviors.

As a rule, studies show that owners using positive reinforcement report more reliable, consistent and better-behaved dogs than owners using aversive techniques. In one study, owners who used punishment (whether or not they also used rewards) often encountered behaviors such as aggression and excitability (Arhant et al., 2010). A particular concern was that people who used physically confrontational training methods, such as growling at the dog and using prong, choke or shock collars, ran the risk of eliciting aggressive responses from their dogs (Herron, Shofer and Reisner, 2009). This dangerous outcome was never reported by those using positive reinforcement methods.

Research shows that reward-based training is good for animal welfare, while training with aversive methods risks the welfare of both dog and owner. A shock collar study concluded that dogs trained using shock showed signs of stress (Cooper et al., 2014).

Another study looked at two schools training dogs to sit and walk with a loose leash. One school used positive reinforcement while the other used leash pops (jerks) or physical manipulation until the dog performed the required behavior. Dogs trained with aversive techniques displayed more stress-related behaviors, such as lowered body posture (crouching) and looked less frequently at their owners (frequent eye contact is very desirable) compared to those trained with positive reinforcement (Deldalle and Gaunet, 2014). The study concluded that reward-based training has fewer risks and far better results. It avoids the psychological toll taken by aversive techniques, including, stress, anxiety or fear. This is clearly better for both dog and owner!

Successful problem solving, like learning a behavior in exchange for a reward, makes dogs happy. Research that dogs working to earn rewards are happier than those that are simply given a reward (McGowan et al., 2014). Scientists call this the Eureka Effect. Dogs anticipate being rewarded for good behavior. When given opportunities to earn reinforcements, learning becomes rewarding and also provides enrichment.

5. Dogs get better at learning with rewards.

This was shown in a study that took videos of owners and their dogs interacting at home (Rooney and Cowan, 2011). Study authors asked owners to teach their dog to touch a spoon with their nose. Rewards were treats and balls. Dogs whose owners had used more rewards in earlier training learned faster. Scientists say that a history of reinforcement increases success in future training, possibly by increasing the dog’s motivation and aptitude to learn.

6. Positive reinforcement focuses on what you want your dog to do.

Jumping, pulling, chewing, and barking are all normal dog behaviors and they are very self-reinforcing. Trying to correct this “bad” behavior frustrates both dog and owner. In contrast, reward-based training is good for your dog. It makes sense to teach your dog what to do, rather than what not to do, right? Positive training either ignores or interrupts the behavior and redirects the dog to an acceptable behavior. For example, we reinforce keeping four paws on the floor rather than jumping.

Dog training should be fun for owners, their families, and their dogs! Teaching your dog basic foundation behaviors (sit, down, stay, come when called, etc.) and more advanced behaviors using rewards can be a delightful game that you can enjoy together.

Whether training your dog or hiring a professional dog trainer to help you, research suggests that using a reward-based training strategy will be more effective and better for both you and your dog.

You Had Me at Woof - Why Do Puppies Bite? 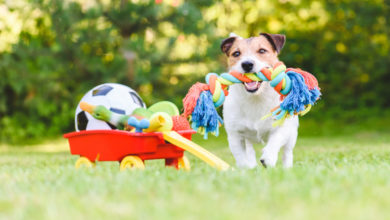 Canine Enrichment, What is it? Why is it important? 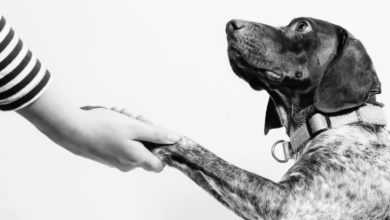 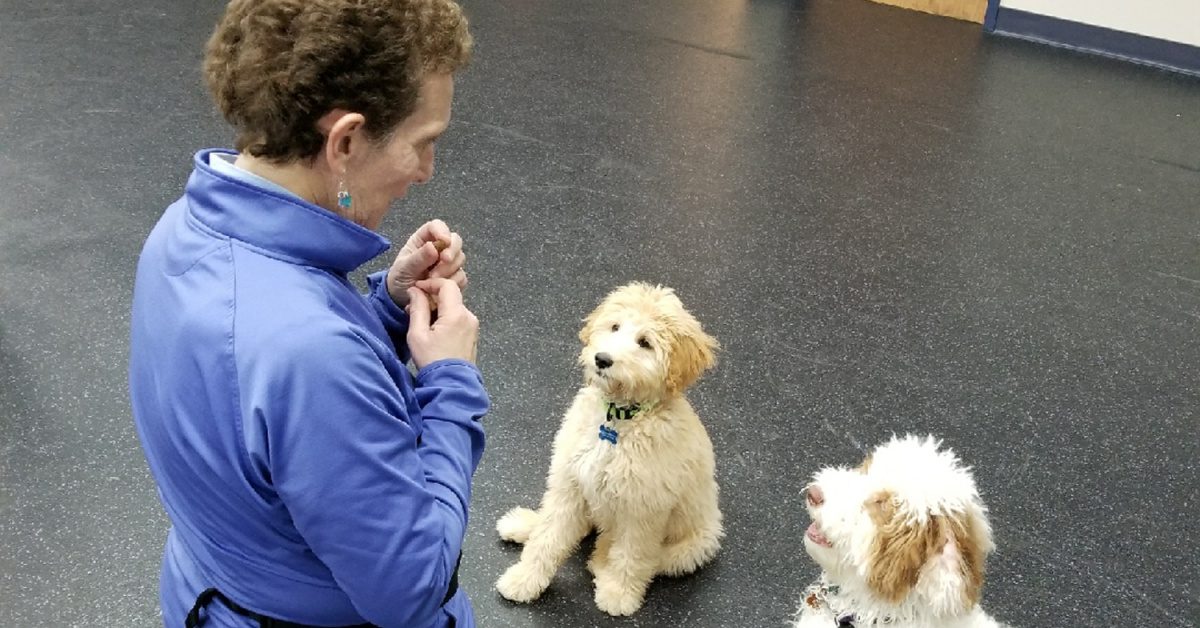 Back to School Training Tips for Your Furry Friends 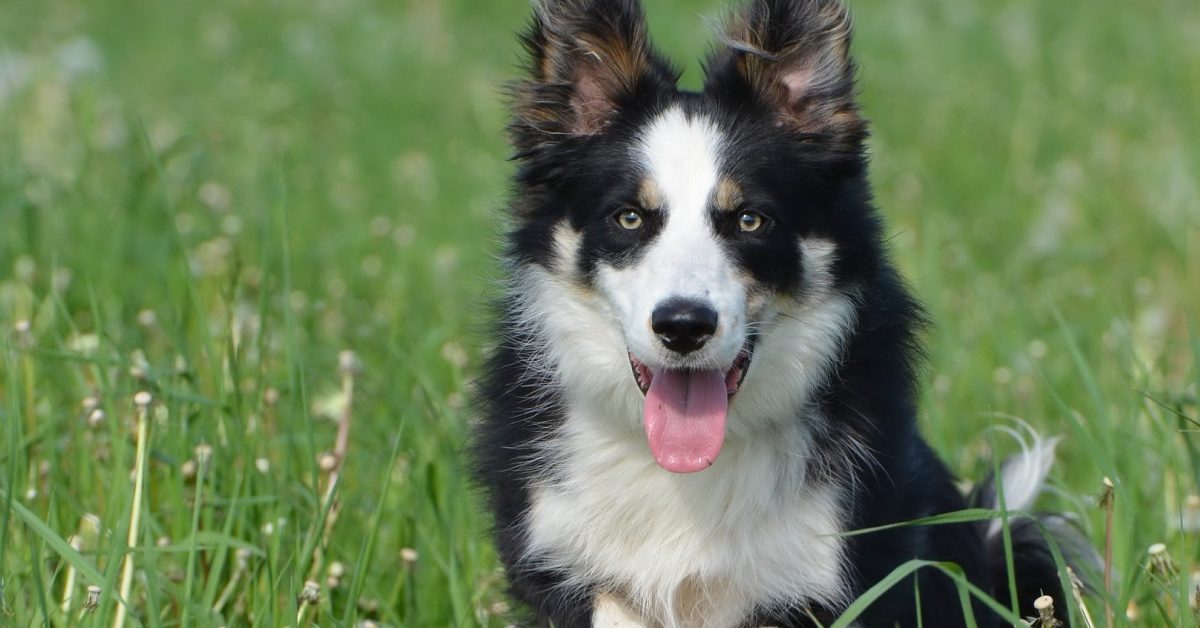 How Can I Get My Dog to Come When Called?