Alexandria, VA – When Diane and Mike Canney set about turning a dream into a successful business over 20 years ago, they never lost sight of the road less travelled. Mike is a self-made entrepreneur who put himself through college by starting a house-painting business. Mike and his wife Diane established Sunset Hills Vineyard not merely to make Merlot great again, but also to give back to the land and the community where they settled. Restoring a 19th century barn with Amish craftsmen, making it eco-friendly and sustainable, with solar power, hybrid/electric car charging ports, Monarch butterfly stations, and bluebird box sanctuaries, was only the beginning.

Gratitude is their attitude, and has been integral to the business model at both Sunset Hills and 50 West, its sister winery in Middleburg. Annually, profit from the sales of their rosé wines in October goes to breast cancer research, prevention, and awareness charities. This year they donated $15,000 to Johns Hopkins and Vanderbilt universities for research. Veteran and canine-rescue foundations, disaster relief, numerous adult and pediatric cancer advocacy nonprofits, children’s support and educational organizations have all benefitted from regular fundraising promotions at the wineries. More than a few wishes have been granted thanks to the Canney’s charitable good works. Over the past few years the Canney’s commitment to those in need has raised over $250,000 for local and national causes.

Their most recent fundraising event was a silent auction held throughout the holidays, which was designed to raise funds for the medical and related expenses resulting from a local woman’s advanced organ failure and visual impairment. Ana Bowyer has been unable to work as a designer due to ophthalmological complications from diabetes. The Canney’s friends, customers, staff, and others hearing about the event donated generously.

Ana is a single mother living in Fairfax County and raising a 15-year-old son, Lander, who has survived 16 operations. Ana is a Type 1 diabetic whose condition deteriorated to the point where her eyesight is failing, compounded by an immediate need for a kidney and pancreas transplant. Meeting Ana and Lander Bowyer, you would never guess that life has pitched them such capsizing, major league curves. Lander, a caring, gentlemanly, mature young man, demonstrates confidence and great enthusiasm for life despite needing yet another heart surgery in the near future. Ana is poised and beautiful, a young woman full of hope and without complaint.

Fundraising is friend-raising. When asked, “Why not just write a check? Why put so much work into organizing this charity auction?” Diane’s reply was that by having the fundraiser at the winery, many more people could contribute anonymously to whatever degree they could afford, but with no less good will.

“People kept asking me,” Diane says, “What can I do to help? Not everyone can write a large check. Certainly not everyone can donate an organ. Winery visitors, Barrel, Estate, and Cellar Wine Club members and their guests were able to bid on donated items, enabling them to feel as if there were in fact something they could do. Even if they didn’t know Ana and Landers personally.”

Over $2,500 was raised from the auction and donations. Additionally, a donated laptop will facilitate Ana’s ability to work as a designer again. The Canneys not only opened their business to host the silent auction, they gave their time and talent. Auction items included a hand-painted silk scarf and wine barrel, custom painted by Diane. Winery tours and picnics with the owners. Artisanal silver jewelry designed and handcrafted by Diane. Library reserve wine tasting with Mike. One longtime customer, Dr. George Brown of Alexandria, donated his optometry services to assess Ana’s prognosis and help her in any way possible.

Diane is unwaveringly modest about her philanthropic focus and dedication to what she refers to as the four pillars of their business:

– Making great wine the focus of the hand-tended vines across their five farms.

– Commitment to sustainability using solar power and farming practices that are gentle on the land.

– Giving back to the greater good.

The Canney’s philanthropy through their Virginia vineyards and the Diane and Mike Canney Foundation make great grapes greater still. Mike and Diane remember the days of 9 to 5, of make-shift furnishings and sacrifice: “Ana’s story was so moving that we had to do something to help these two people who are so proud and brave with such great attitudes. We wanted to remove some financial stress. The auction was a prime example of the kindness and generosity of our staff in making this possible. Most important,I want to thank our wonderful customers, one who doubled the winning bid in a time of personal loss and others who gave when their own lives were in transition. Now I have some painting to do.”

Next time you head west into Loudoun wine country, stop at Sunset Hills and 50 West. Come for the great Virginia wine. Stay for the friend-raising. Sunset Hills Vineyard and Winery is in Purcellville on 38295 Freemont Overlook Lane, off Berlin Turnpike at Route 9. Open seven days a week. 50 West is on Route 50 in Middleburg, just past Aldie. Open Thursday through Sunday. Stop for a tasting and tell them the Zebra sent you.

ICYMI: Z-Oneology: Getting Away with The Getaway Driver

Volunteer Alexandria -Business Can Be a Force for Good 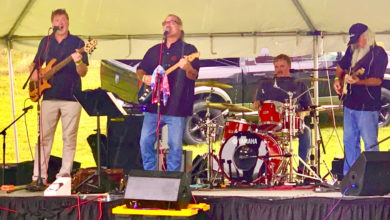 Country Roads Take Me to the Shenandoah Wine Festival! 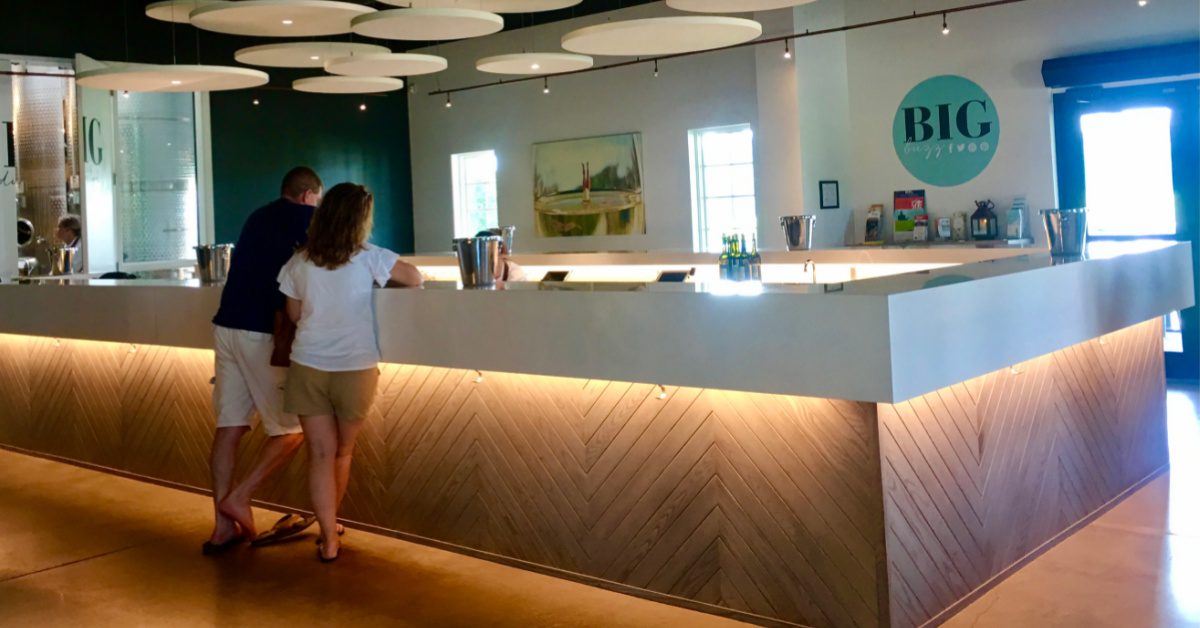 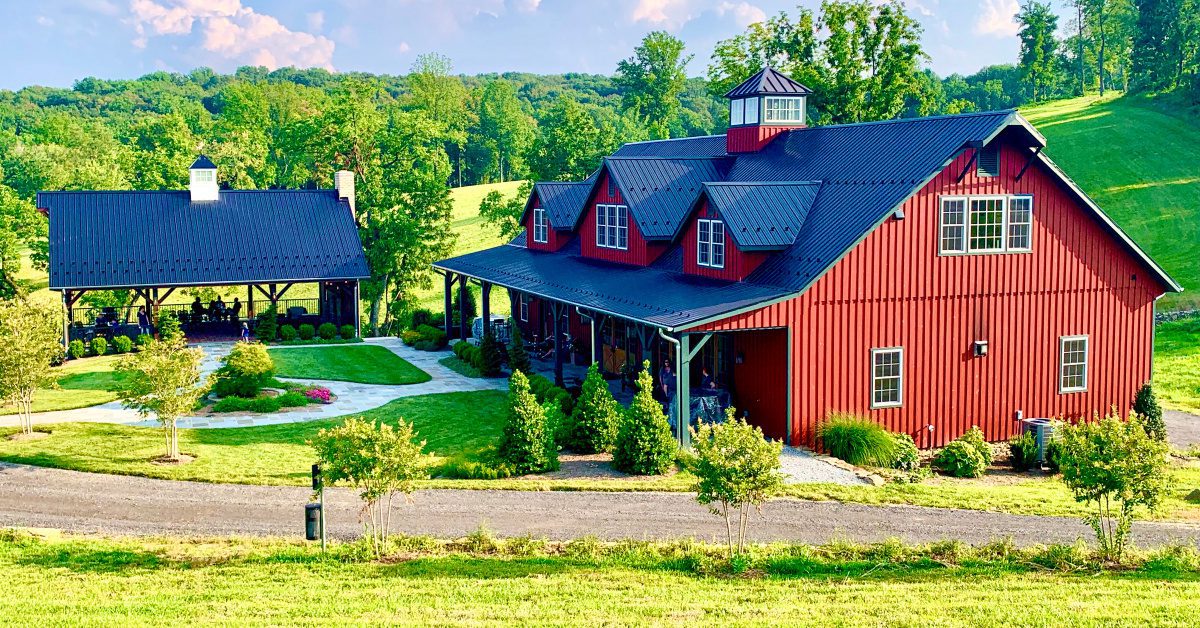 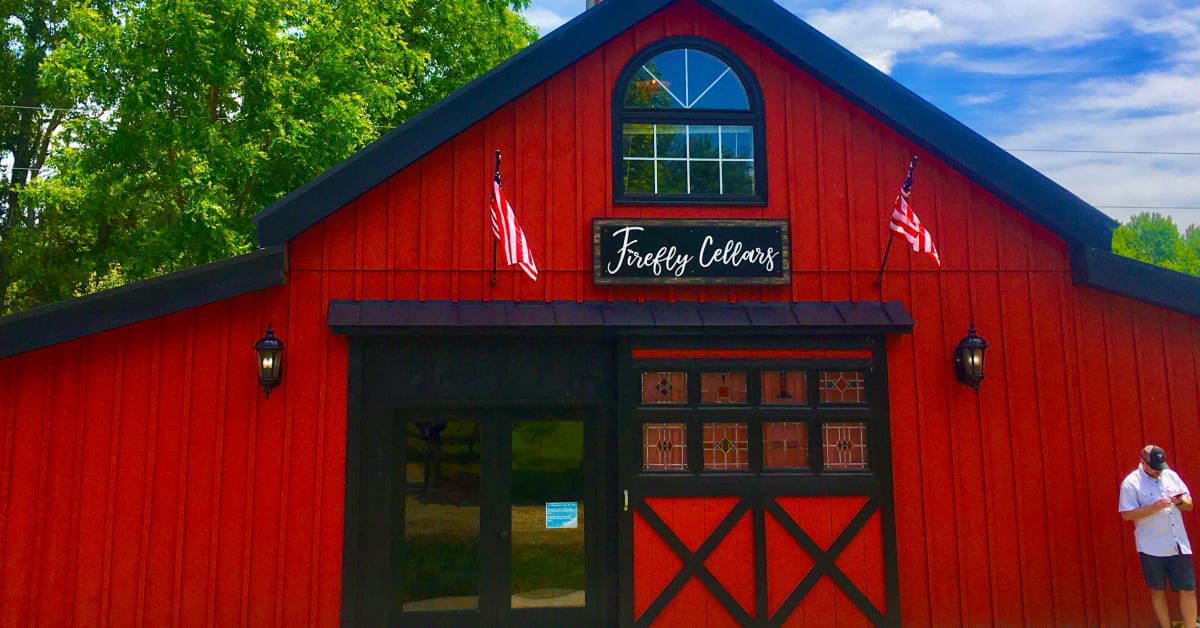