ALEXANDRIA, VA – Yesterday The Zebra Press posted about the sale of the Lee boyhood home on Oronoco Street in Old Town Alexandria, which had been on the market for over two years. The property is also known as the Potts-Fitzhugh House after the original owner John Potts, Secretary of the Potomac Canal company under George Washington, followed by plantation owner William Fitzhugh who preceded Robert E. Lee’s father Henry “Light-Horse Harry” Lee.

Before becoming a museum in 1967 the property was held by a number of political figures and their notable guests: the Pulitzer Prize-winning poet Archibald MacLeish, also the 9th Librarian of Congress, and his wife Ada, who helped found the United Nations, as well as the Bureau of Mines Chief Royd Sayers. Appropriate since John L. Lewis, the head of the Mine Workers Union from 1920-1960, lived across the street at the Lee Fendall House.

The Lee-Jackson Foundation owned and operated the home as a museum for decades until Ann and Mark Kington quietly purchased the property in March of 2000 for $2.5 million, causing a significant gasp heard round the town – and beyond. The sale was noted in the March 12, 2000 issue of the New York Times.

There was some interest in the history of the homes, other than the fact that a young Robert E. Lee resided there as a boy and that George Washington was an occasional overnight guest of the Potts’ -conveying the prestigious claim that George Washington slept there. The Lee home at 607 Oronoco is sited flush with the neighboring 609 Oronoco, known as the Halowell School after Benjamin Halowell who tutored Robert E. Lee in preparation for his appointment at West Point.

The twin manses were built contemporaneously in 1794 and completed in 1795. The Georgian style architecture with its formal gardens flanking either side command a distinct and stately presence to the entire north side of the block from St. Asaph to North Washington.

Across from these two fine historical residences is the wonderful Lee-Fendall House Museum & Garden that has a long tradition of spotlighting the residential history of the house from colonial times to antebellum and Victorian Alexandria living to the 20th century tenure of labor leader John L. Lewis.

The 8,145 square-foot home is listed on the National Register of Historical Places. It has four levels boasting six bedrooms, four full bathrooms and two half baths. That’s another level and four plus two
halves more bathrooms than General Washington had at Mount Vernon.
Not too shabby!

Wesley Housing Breaks Ground on The Arden Near Huntington Metro

The Heatwave Continues: Cooling Centers Open in Alexandria Through Thursday 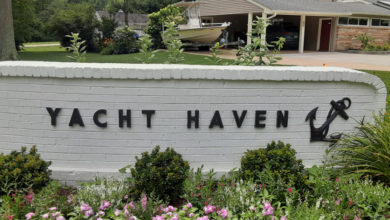 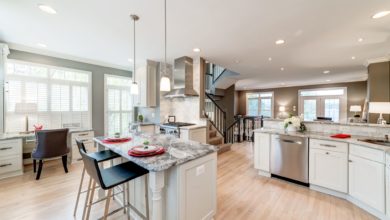 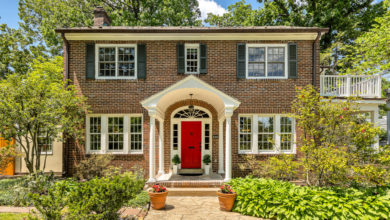 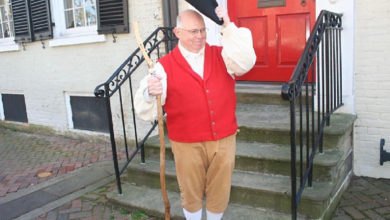