Alexandria, VA – Ron Fitzsimmons, executive director of the local nonprofit Alice’s Kids, was marveling at a recent message that Alice’s Kids had posted on Twitter, thanking Patton Oswalt for his generous donation. The tweet garnered 24,000 likes. Ron was downright giddy.

“It’s all Patton,” Ron explained. In short, Patton Oswalt, a fan of Ron’s nonprofit, was going to be a contestant on a celebrity version of “Who Wants to Be a Millionaire?” and designated Alice’s Kids as his charity. And then that show was cancelled due to the pandemic. But a few months later, the producer contacted Ron to tell him Patton was donating $32,000 to Alice’s Kids in lieu of his winnings. Ron was beside himself.

Alice’s Kids (AK) provides short-term financial relief to students and families with immediate needs. It pays for soccer cleats, prom dresses, instruments, dance costumes, field trips, you name it. Requests come in from teachers, counselors, and school administrators who have noticed a young person in need. AK provides funding directly to that child’s parent (or caregiver), offering a struggling parent a tiny moment of satisfaction in being a hero and fulfilling that kid’s needs. The mission of AK is to lend to those in need, anonymously and graciously.

Over the past few years, the Mount Vernon-based nonprofit has grown exponentially in its ability to help more children in need. In 2014, Alexandria resident Beth Jarvis developed a strategic communications plan for Alice’s Kids as part of her graduate degree from Georgetown University’s Public Relations/Corporate Communications program. Beth went on to serve on the AK board.

“My lasting legacy to Alice’s Kids is that I taught and convinced Ron to use Twitter! Twitter was a game changer for Alice’s Kids, and it’s how Patton and other high-profile folks found out about it,” she says.

Patton Oswalt isn’t the only one who’s been impressed with the good work this nonprofit performs. In January 2019, Theresa Vargas of The Washington Post wrote a column about a kid whose new sneakers were stolen at gunpoint. Ron emailed Theresa, offering to replace the sneakers (anonymously, of course). Vargas was intrigued by the process and wrote about Alice’s Kids.

Her story was scheduled for the Sunday edition, but when the article was posted online the day before, contributions began flying in. AK raised $130,000 in that one weekend, which was equal to its entire yearly budget. In addition to donations, AK received volunteer offers from people across the country, requests from public relations firms, and offers of expert advice from financial planners. Whoa!

Things have settled down a bit, but the core mission of AK remains the same: small anonymous donations for kids in need. The reason for anonymity runs deep, and sets this nonprofit apart from others like it. Ron and his sister, Laura Fitzsimmons Peters, vice president of AK, grew up on welfare in a single-parent household, and suffered many indignities as a result. The shame they felt then became essential in developing the process for Alice’s Kids.

In early 2011, Ron was contemplating a career shift after years of public service. While chatting with his sister about it, they began to recall the pain of never having enough when they were younger. Laura said, “But remember when Mom would get some extra money and she bought us new clothes and other stuff? Remember how great that felt?” Ron remembered it well. “Going to a department store felt like we were going to Disneyland,” he said.

It was an epiphany. Ron wanted to replicate for other kids what their mother Alice had done for them. He started visiting area charities, asking if they were set up to pay for those smaller items that were nonetheless very important to the self-esteem of kids. They all said no. He then started visiting teachers in local schools and asked if they ever saw kids who needed that kind of targeted assistance and, of course, they all said yes.

Preserving the child’s dignity and allowing the parent to be the hero is the key that unlocks the beauty of Alice’s Kids. Maria Lewan serves on the board of directors and runs the gift card program for AK. Maria said, “AK fills the gaps that so many children face in their lives—small gaps, albeit, but ones that have great impact on how those students view themselves.”

This year, AK added a graduation package to celebrate hard-working students who missed out on so much in their senior year. “We offered a choice of Amazon gift cards, senior congratulations signage, or gift cards for special dinners out,” Maria says. “I was pleasantly surprised at how many graduates opted for the dinner option so they could celebrate as a family.”

While AK doesn’t accept requests from the general public, they did implement a new program during the pandemic when schools were closed. Ron was talking to a teacher who relayed her concern that some kids had no books, no school, no library, no internet. AK launched Alice’s Library, open to the public. They pledged to send three books per child to homes, and created a short request form on the website. They received thousands of requests, and brought in a dozen volunteers to order books via Amazon. The added benefit? Not only were kids receiving books, but they had the thrill of receiving a package.

One kid was a fan of author Margaret Haddix and ordered three of her books. Ron noticed Margaret Haddix had liked some of AK’s tweets, so he sent her a direct message, letting her know AK had just sent a kid some of her books. “She ended up sending that kid a personal letter from his favorite author,” Ron says. “Neat little things like that make this the best job I’ve ever had.”

Want to support the great cause of Alice’s Kids? Visit www.aliceskids.org

When it’s hot, chill out! 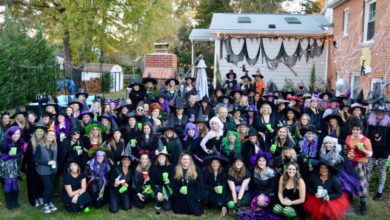 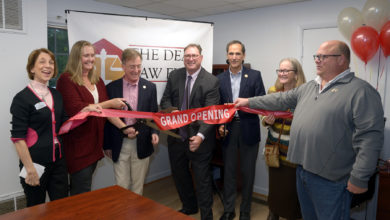 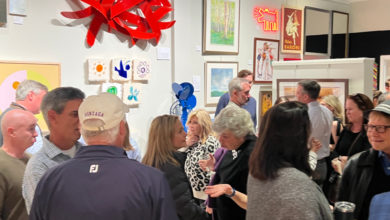