ALEXANDRIA, VA – On Wednesday you heard Stella Hanly answer “10 Questions” from guest host Jane Hess Collins about herself, her work as the Executive Director of the Animal Welfare League of Alexandria (AWLA), and how Alexandrians can get involved in our great city during our Z-TV LIVE! show.  Here are five more questions with Stella:

I grew up south of Belfast in Northern Ireland. There weren’t a ton of job opportunities but there was a huge investment in technology. So we had an educated workforce, and costs and wages were low, so there were a lot of American tech firms in Belfast.

I had a degree in math so I could either teach or be a computer programmer. My second job was with an American company based in Atlanta and they asked me to move there. I wanted to see what the world was like so I took the job. I started volunteering with the Atlanta Humane Society and a charity that offered riding opportunities for differently-abled people called Chastain Horse Park . But once I met my husband and got married, we moved to Alexandria, and then I went to grad school and got an MPA at George Mason University’s Schar School of Policy and Government, specializing in nonprofit management. It was so rewarding and I loved it. I still talk to one of my professors almost every week.

The famous biologist and ecologist E. O. Wilson. His area of expertise is ants, and he has this amazing way of explaining how even a tiny change in the ecosystem can have a huge ripple effect. I highly recommend his books and would love to be around that level of genius for year.

They need to call the City of Alexandria’s non-emergency dispatch line 703-746-4444. The operator will put them in touch with the Animal Services officer on duty at the AWLA, and that officer will arrange to pick up the animal and take them to our shelter or otherwise help them connect with their family.

Shnookums needs a home! She’s a really large turtle and she’s been with us since April. Our youth volunteers had a “100 Day Stay Club” party for her and it’s really cute. Other kinds of reptiles are usually adopted quickly but because of her size, it’s taking her a little longer. It’s also harder to place senior cats, and also boisterous dogs because a lot of people in the city don’t have backyards. Puppies, kittens, and small dogs are adopted the fastest – you blink and they’re gone.

I would much prefer to be the director behind the scenes and nobody knows who I am!

MORE: See all of the Five More Questions Series Here 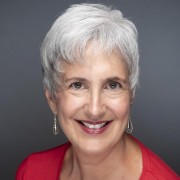 Jane Hess Collins is a communications consultant and coach, and holds a masters’ degree in Public Relations & Corporate Communications from Georgetown University. She is the founder and executive director of Heard, an Alexandria-based nonprofit that teaches life skills disguised as art to underserved populations. She retired from the United States Air Force in 2009.