I am often asked questions like “does my dog’s unruly behavior mean that my dog is trying to dominate me?” or “my dog just doesn’t listen to me, maybe I am not being dominant enough?”

Too many books and articles by old school trainers suggest that dog owners must show the dog who is the boss; that any bad behavior on your dog’s part means your dog trying to dominate you and you have not established yourself as the “top dog.”

Our dogs do not try to dominate us. This is a myth; it is not true. The dangerous but common misconception about dominance and pack theory in the dog world is largely based on research studies performed on a pack of unrelated, captive wolves in the 1940s. These early studies suggested that there was a rigid hierarchy in which “alphas” (leaders) had priority access to resources and forcefully maintained group structure through aggression toward others.

So, how did a study of wolves in captivity become related to dogs? How did dog owners and trainers start thinking that information about wolf behavior had anything to do with dog behavior? The logic went something like, “Dogs are descended from wolves. Wolves live in hierarchical packs in which the aggressive alpha dog rules. Therefore, humans need to dominate their family pet to get them to behave.”

Although the dominance theory of dog training has been around for many years, qualified behaviorists, positive reinforcement trainers, the American Veterinary Society of Animal Behavior (AVSAB), and modern behavioral science have all debunked it. In the evolution of dog training particularly over the past 30 years, it has become clear that there is no relationship between the behavior of wolves in captivity and your pet dog. Dogs and wolves are, in fact, quite different species.

Do we need to provide our dogs with leadership and guidance? Of course. Must we force them to be submissive and view us as a dominant figure in their lives to suppress their supposed natural instinct to take over our relationships, our households, and our world? No.

Dogs are not on a quest for world domination. They are not socialized wolves who are constantly striving to be ‘top dog’ over us, and they are not hard-wired to try and control every situation.

Contrary to what traditional training ideologies and much modern media would have you believe, most canine behavior problems stem from insecurity and/or a desire to seek and maintain safety and comfort. Normal dog behaviors such as barking, jumping, digging, pulling on leash are inappropriate in the human home. These problems occur because dogs don’t know what to do instead—until we train and reinforce the behaviors we want.

Therefore, teaching dogs you’re the boss by forcing them into some mythical state called calm submission is precisely the opposite of what they need in order to overcome behavioral issues. State-of-the-art positive trainers today know that canine-human interactions are driven by reinforcement, not social rank.

All living things will repeat behaviors that are rewarding and avoid behaviors that are not. If your dog repeats an inappropriate behavior such as counter surfing or pulling you down the street on a walk, he’s trying to take over the world. He’s been reinforced by finding food on the counter or by getting to his appointed destination by pulling you along. The notion that eating ahead of your dog or walking through a doorway first establishes you as the top dog only serves to establish a routine, nothing about who’s in charge.

Positive trainers believe that leadership is important, but that one can lead with finesse, not force. Using science-based positive reinforcement methods, we can help guide our dogs to make the right behavior choices. Giving your dog plenty of opportunities to earn their reinforcements will go a long way toward having a dog that is a joy to live with in your home and in the neighborhood.

MB Bakery on the Go is a Big Slice of Heaven 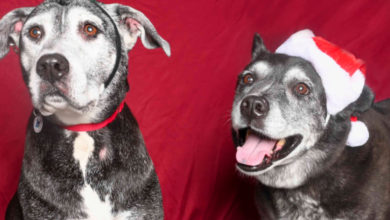 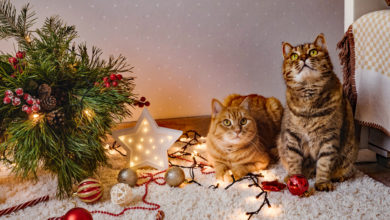 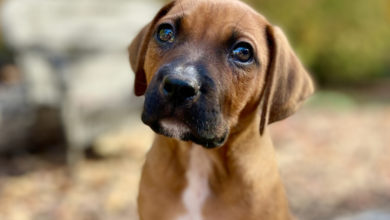 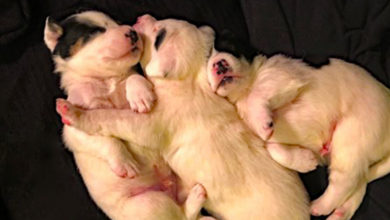