Alexandria, VA – Sandra Perez Gluschankoff was born and raised in Argentina, and immigrated to the United States over two decades ago. While her academic background in her birth country is in psychoanalysis, anthropology, Judaic studies, and Hebrew, she is best known for her accomplishments in Spanglish as an award-winning historical novelist and award-winning screenwriter.

In her latest work, Sandra has readers on the edge of their seats from the start. Her work is a riveting story of the tragedies and betrayals young women faced in Poland during the World War I era. Thorns for Raisel powerfully melds historical fiction and the real-life crimes of human sex trafficking.

Raisel, fourteen, was sold as a sex slave to the notorious Jewish Polish mafia, the Zwi Migdal, and after she left for South America. The betrayals began as Raisel’s father set her up for an arranged marriage and then he buried his head in the sand to the horrors that befell her. Further betrayals occurred as a trusted Jewish matchmaker peddled her into prostitution. And that’s the beginning of Raisel’s tragic journey as a common street prostitute who suffers through every imaginable and unimaginable shame.

“The shaming that these women, who were victims, received prevented them from having a proper Jewish burial. They are buried in inconspicuous graves in unmarked cemeteries,” Sandra said in a Z-TV interview. “Thorns for Raisel sheds light on the dark and heartless industry of sex slavery, a cruel trade as old as time and routinely overlooked. Sadly, with thousands of forgotten victims.”

This story arouses emotions as readers are torn between feeling empathy for a repentant criminal and sympathy for the murder victim. Sandra constructs her story and characters with powerful twists that keep readers asking for more.

And rethink what you read as the story unfolds. The characters are multidimensional, existing in a dual timeline. “Nothing is what it seems, not initially. Things that appear random, even murder, serve as a foundation for the plot,” the author said. As readers unravel each layer of the plot, the depth of mis-truth and deceit is revealed. Ultimately, it is a story of love, redemption, forgiveness, and strength.

Like many fiction writers, Sandra draws on her experiences for inspiration. “Growing up in Argentina, I remember hearing bits and pieces about women of the Zwi Migdal. The story always fascinated me, especially because I knew one of them. A rags-to-riches tale everyone whispered about. From sex slave to madam, and finally a wealthy, respectable member of the community.”

Thorns for Raisel is a highly descriptive work. The story’s fast start immediately awakens the reader interest. The author creates a well-paced reader curiosity. Readers hurry to discover why people are the way they are, and keep the pages turning. The author deftly tackles several issues: human rights, slavery, sex trafficking, and redemption. A satisfying story for all. Zebra Stripes – 5

Every other week Ralph interviews local authors about books you’ll want on your list! Upcoming episodes include:

October 6: Martha V. Carucci will discuss her current book, Sobrietease, and its soon-to-be-released sequel. They are a humorous and heartfelt account of a suburban mom’s journey through recovery and sobriety into a better life. Join Martha and Ralph for the whole story.

October 20: Paula F. Green joins Ralph to describe all that went into researching her book, The Great Virginia Flood. Paula is an environmental historian, who also trained as an anthropologist and archaeologist, disciplines that inform her work.

November 3: Ric Murphy is an acclaimed historian, scholar, and lecturer who has presented throughout North America, the Caribbean, Europe and Africa. In The First Africans In Virginia, Murphy explores the rich contributions made by African Americans in U.S. history.

Discovering Alexandria’s Untold History One Privy at a Time 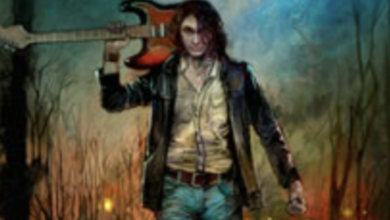 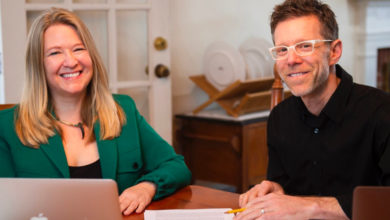