At Z Movies, along with all of movie-going Alexandria, has eagerly awaited the release of Wonder Woman 1984. Filmed in part in Alexandria using Landmark Mall, the film has been rescheduled several times, now set for a Christmas Day premier.
The Port City has proved to be ideal for numerous other films and television location shooting. PBS’s short-lived but critically acclaimed Mercy Street was not only filmed in Alexandria and Richmond, but the story, based upon real-life historic events in the City surrounding a Civil War make-shift hospital, was set here.

The month of November brings Election Day. At Z Movies is spotlighting films and shows with a political theme that have scenes filmed in Alexandria. Twenty years ago the opening episode of Season 2 of The West Wing showed the iconic Dixie Pig on Powhatan Street, now Vaso’s Kitchen, in North Old Town. Try it —  you’ll like it! Last month on HBO Max the cast principals reunited to benefit “When We All Vote”, a non-profit voter advocacy group. The entire original cast reprised their roles, save John Spencer who passed away in the final season and was replaced by Sterling Brown.

The reunion gathered at the Orpheum Theater in Los Angeles to perform a staging of the West Wing season three episode titled “Hartsfield’s Landing.” The veteran cast never missed a beat, stepping back into their roles as if they had done the original table reading yesterday. The Sorkin teleplay smarts, the cadence of the repartee, the impeccable timing of top-notch acting chops proved to be ever riveting – from opening line to fade to black.

Several films from the 80’s had Alexandria filming locations: Heartburn (1986), Broadcast News (1987) and No Way Out (1987). Heartburn was a loosely based autobiographical account by Nora Ephron of her disastrous marriage to Watergate ace reporter Carl Bernstein. Old Town was used in place of the Capitol Hill and Georgetown 19th-century townhouses.

Nora Ephron’s character was portrayed by the incomparable, multiple Oscar-winning Meryl Streep with the inimitable Jack Nicholson acting as her philandering husband. It’s a tough film to watch if your marriage or family life was difficult. But it nailed the cliché Washington political/intellectual/media educated-elite glitterati power couple. The performances are eminently enjoyable, if not a tad overly-exaggerated due mostly to Ephron’s embittered revenge script. The impression is these two great actors should avoid these kind of roles – proving that dying is easy, comedy is hard.

Broadcast News was a Best Picture nominee, earning Holly Hunter a Best Actress nomination, William Hurt a Best Actor nomination, Albert Brooks a best-supporting actor nomination, and James Brooks a best-original screenplay nomination. The film was a YUGE hit at the box office yet failed to win a single Oscar. The cinematography was also nominated, a credit to Port City scenery, but Broadcast News couldn’t compete with the Cinemascopic likes of The Last Emperor and The Mission. The film is well worth a viewing. The first block of King Street’s restaurant row can be seen in the movie: Il Porto, Landini Brothers, The Fish Market. And a local park is used at the end of the film.

The film centers around a DC network affiliate newsroom with an ambitious and impatient producer, played by Hunter intimidating everyone with her brilliance while falling for the ethically challenged, pretty-boy himbo on-air talent played by Hurt. Albert Brooks is plaintive as the nebbishy man always relegated to the sidelines, taking backstage to Hurt in love and work.

The film that made Kevin Costner a veritable major movie star was filmed in Old Town. No Way Out stars Costner as the young Naval-officer hero Tom Farrell assigned to the Pentagon, working as a special liaison for the Secretary of Defense, played by Gene Hackman. He meets and falls in love with Sean Young, who is a kept woman by Hackman in a townhouse on the Potomac. The House sits on the corner of North Union Street at 101 Quay Street across from the park. The house hasn’t changed in the 34 years since they filmed in Alexandria. And the distinctive multiple staggered-levels townhouse design was used in the the interior scenes with Costner, Young, and Hackman.

This columnist, who lived a block from where they filmed Tom Farrell’s apartment in Georgetown happened to encounter Kevin Costner and his wife Cindy in Old Town in 1990 when Costner was in town for the premier of Dances With Wolves at the Uptown Theater in DC. Costner was showing his wife the shooting locations for No Way Out. The couple were studying an antique store map of Old Town when I wandered along inquiring if they needed directions. Naturally I recommended they visit Todd Healy’s Gallery Lafayette.

Sydney Pollock’s Random Hearts was filmed at various locations around Alexandria. The movie stars Harrison Ford as a DC detective with Kristin Scott Thomas as a Congresswoman from New Hampshire married to a lawyer/lobbyist played by Peter Coyote. Ford’s wife and Scott Thomas’s husband end up seated together on a plane they weren’t supposed to be on that crashes, killing all on board. The mystery of their betrayal unravels as the two survivors form a bond in their grief.

King Street was shut down for what seemed like an eternity for a brief moment on film. Cunningham Funeral Home was used as the location for Harrison Ford’s wife‘s funeral. Grace Episcopal Church on Russell Road was the setting for the Congresswoman’s husband’s funeral. Grace Church’s Rector Father Robert Malm even had a cameo playing himself!

The last big Hollywood blockbuster to film in Alexandria before Wonder Woman 1984 was the 2007 National Treasure: Book of Secrets. Director Jon Turteltaub (Phenomenon, National Treasure, The Meg) filmed at River Park on the Potomac at the cove opening to Little Hunting Creek, where Jon Voigt in a fishing boat was chased away by the Secret Service. Meantime Nicholas Cage was up on the east lawn of the Mount Vernon mansion kidnapping the President at his birthday party through a secret compartment in the wine cellar of the mansion’s basement.

Mount Vernon continues to offer National Treasure tours 13 years after the film premiered. Tours take you into the cellar of the mansion house and to the old ice house “secret tunnel door” where Ben Gates (Cage) escaped with the President, played by Bruce Greenwood, eluding the Secret Service in hot pursuit. Randy Travis has a cameo appearance as the evening’s entertainment for the President’s star-spangled birthday soirée.

Broadcast News, Heartburn, and Random Hearts are available to screen on Amazon. No Way Out is on Hulu. National Treasure: Book of Secrets is on Disney. And all seven seasons of The West Wing can be streamed on Netflix. Take the time to revisit these great performances. And make a plan to vote! 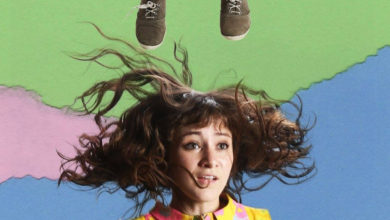