Alexandria, VA – Shenandoah Caverns, just a mile off Interstate 81, exit 269, amidst the glorious mountains and fantastic vineyards of Northern Virginia, has a rich history of nature, adventure, and family. And it’s an easy, breathtaking day trip from Alexandria.

In 1884, Abraham Neff lived with his family in a farmhouse at what is now Quicksburg, in Shenandoah County. The Southern Railway was building a line through the county. Neff let the company quarry for limestone on his property. And as boys will be boys, two of Neff’s sons made a playground of the quarry when the workers were away.

One day, the boys felt a draft of cool air seeping from a hole in the rock and decided to explore. They rappelled the 275 ft. shaft with ropes and candles to find a room filled with stalactites, stalagmites, and flowstone. The family would soon discover that beyond that room was a vast cavern system.

Of course, word of the find spread like butter on hotcakes. In 1920, as the railway neared completion, local businessman Hunter Chapman, a stockholder in the B&O Railroad, convinced the Neff family to sell their entire property, caverns and all. He built a proper entrance to the caverns (a staircase of about 80 steps) and a three-story hotel. In 1922, Shenandoah Caverns officially opened for business.

Today, Shenandoah Caverns is run by Owner Kathy Kelly and Vice President and General Manager Joe Proctor. “The most important thing to me was to keep the legacy alive,” says Kathy. “I wanted more history about who [my father] was and what he developed here.

Kathy Kelly is the daughter of Earl Hargrove, a business owner and parade float designer who took acquired the caverns in 1966. Hargrove designed parade floats for inaugural balls, the National Christmas Tree, and every presidential inauguration since Harry S. Truman’s in 1949.

Hargrove worked with the Proctor family, who managed the property since the 1950s, to develop the multi-tiered experience the caverns are today.

This includes the traditional caverns tour, highlighting the immaculate power of nature in features like the all-too-realistic bacon strips in Bacon Hall, the Capitol Dome, The Bishop, Rainbow Lake, and the Grotto of the Gods. Earl Hargrove once stated, “You can’t improve the beauty of what God invented in those caverns.”

Other attractions on the property, all within walking distance from the caverns, include the American Celebration. This facility houses almost every parade float Hargrove designed. The floats are fully functional, with hydraulics and music intact. The grandiosity, whimsy, and charm of this site encapsulate a true American celebration.

The Yellow Barn across the road is an eclectic event venue. With Model Ts, a live beehive, a lush garden, and a chicken and goat farm, the Yellow Barn manifests the spirit of country and history.

The original Neff family farmhouse still stands. It is now an Airbnb called Earl’s Place, for Earl Hargrove, which people can rent for their stay at the caverns. With antebellum stained glass and room for 15 guests, Earl’s Place is a perfect getaway.

In the old hotel property is a sluice where children can mine for gems; an elevator that descends 60 feet into the caverns; a Disney World-esque tour of antique window displays, called Main Street of Yesteryear; and on the second floor, a café, gift shop, and perhaps the world’s smallest post office.

“The historical aspect of Shenandoah Valley is tremendous,” says Joe. “Shenandoah National Park is only 25 miles from our door. There’s plenty to do here for a weekend visit. We like to portray this as a weekend adventure. We’ve got enough natural history in this area.”

With so many adventures to choose from, Shenandoah Caverns is perfect for a pit stop along the way, a day trip, or a full weekend stay. 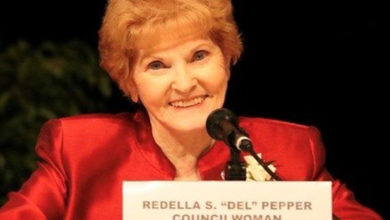