“Since I was 16, all I’ve ever done was play music for a living,” Grow tells host Steve Houk on this Monday’s episode of Living On Music at 7pm on Z-TV. “So when you get to a place where it gets taken away from you, I spent a couple weeks trying to just ingest that, and think about how blessed I was to be able to do what I loved for a job for so long. And then to have that taken away from you was not an easy pill to swallow.”

About a month and a half into the shutdown, Grow needed something to happen, and he noticed that despite tight restrictions, people’s families could still safely gather in very small groups outside on their properties, distanced and masked. So he had an idea, and “Backyards and Bonfires” was born.

“I called my manager and told him I wanted to drive my own truck and play in people’s backyards, and he laughed at me and said, ‘No one’s gonna book that.’ And I was like, ‘Let me try.’ In the first four hours, I had 33 shows in 17 states booked, and my manager called when he saw his email blow up and said, ‘I was really wrong, you want me to book more?’ and I said, ‘Sure’ and since then I have played 87 ‘Backyards and Bonfires’ shows across the country, I put 110,000 miles on my truck, and had the time of my life.”

In addition to finding a way to keep active when so many couldn’t, Grow also released the EP Me And Mine in October of 2020, which contained “Song About You,” a song that has now streamed over 50 million times worldwide and was listed as one of Spotify’s “Best Country Songs of 2020.” And as things begin to open back up, Grow will take the joy and relief he found during the darkness and use it to jump right back into the momentum he was feeling before it all hit, when he was on a roll. But a big part of what saved him during this last year was “Backyards and Bonfires.”

“2020 was a terrible year for alot of people,” Grow said. “But I think for me, God gave me the opportunity to relive what I genuinely love about music, which is sitting around just a few people and telling my stories and being able to sing to them and connect.”

CATCH THE FULL EPISODE BY CLICKING BELOW TO GET YOUR INVITE! 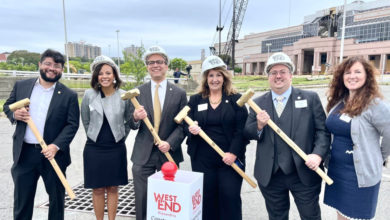