Alexandria, VA – Many Alexandrians have experienced the joy of taking the water taxi from the Waterfront across the Potomac for the first time in nearly a year and a half. But water ferries transported people and goods across the river since before Alexandria existed as a city. The Potomac has long been a mode of transportation and a barrier between Virginia and Maryland, and Virginia and the District of Columbia, and continues as both today.

The first commercial ferry for which historical documentation exists belonged to Hugh West. This early Alexandrian operated a ferry from the Hunting Creek warehouse in Prince William to Frazier’s Point in Maryland. He charged “the price for a man 1 shilling and for a horse the same.”

West received permission to operate the ferry from the Virginia General Assembly. There were heavy penalties for ferry operators who overcharged. After West, other proprietors operated the ferry, which launched from what we know today as Oronoco Street. Some of their names were Thomas Sanders, who took ownership in 1756; James Rhodes, who bought the line in 1768; and John Lomas, who bought the line two years later.

Back then, the ferry was the only way to get across the Potomac, as the first bridge wasn’t built until 1797, seven years after Washington became the nation’s capital. Other famous ferry owners include George Washington and George Mason, although Washington received permission to stop service from his land in 1790, claiming that the ferry business was a losing financial venture.

Following the War of 1812, which lasted in this region until 1814, ferries crossing the Potomac were primarily powered by “a team of horses that made a circuit in the middle of the vessel and conveyed the power by means of cranks to wheels which turned on each side of the vessel.” The use of paddle wheels continued after steam engines were introduced in 1815. The first steam ferry across the Potomac was named The Washington. It ran from Georgetown to Thorny Point at the mouth of Aquia Creek, with daily stops at Alexandria. By 1819, two more steam ferries were in service.

In 1839, the Alexandria Steam Ferry Company commissioned Robert Hunter to build a steam ferry to operate from his shipyard on Wilkes Street to Maryland. Hunter’s shipbuilders must have been very fast, as his new ferry launched the same year. In 1854, the Virginia General Assembly approved the incorporation of the Washington, Alexandria, and Mt. Vernon Steamboat Company. From that point through the Civil War, a number of operators both incorporated and went out of business.

In 1933, an elderly Alexandrian reminisced to the Alexandria Gazette:

Many persons patronized the Ferryboats – the City of Alexandria and the City of Washington – that made hourly trips to Washington daily from early morning until nightfall. These steamers were of the side paddle-wheel type with the engine rooms in the center of the boats; thus, allowing space on either side from end to end for freight, cattle, horses, and vehicles of all kinds. Comfortable and well-kept cabins were on both the lower and upper decks with an all-around promenade deck from which the passengers could view the beautiful landscapes of Maryland and Virginia from the Potomac River.

The rise of the railroad as a means of long-distance and commuter transportation was the main reason for the decline of steamboat ferries. The last boat to operate exclusively between Alexandria and Washington was the Alexandria, which made its final voyage on July 27, 1912. Other boats continued to cross the Potomac, but they operated at longer intervals, and they did not transport horse teams. One company held on until the 1930s, but the steamboat ferry as a primary means of transportation for commuters had faded.

The 2019 shutdown of the metro stations in Alexandria led to a 50 percent increase in ridership of the water taxis from Alexandria to Washington. While the companies paused service during parts of the pandemic, the 2019 numbers show that boat services across the Potomac are still an essential mode of transportation for the residents of Alexandria. 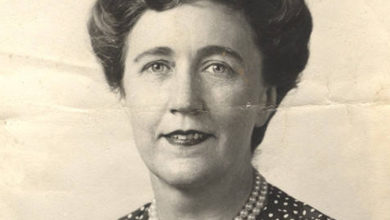 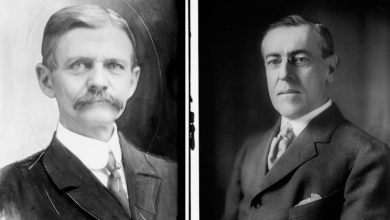