Alexandria, VA – What is the chief end of man? To get rich. In what way? Dishonestly if we can; honestly if we must. Who is God, the one only and true? Money is God. God and Greenbacks and Stock — father, son, and the ghost of same — three persons in one; these are the true and only God, mighty and supreme…

It’s interesting how life works in cycles (or circles). Although my bride and I are both firmly ensconced in our 60s, we have reached that plateau, much like a newlywed, 30-something couple, where we want to buy a house. We even moved into a one-bedroom apartment and shoved nearly everything into a U-Haul storage facility in preparation for that final move. And much like those young 30-somethings (although a bit plumper and a touch grayer) (1), we have been looking for two years now for our home with little or no luck.

What? Two boomers can’t find a house, you say? What have they been doing all their lives to not being able to find a retirement home? Much of it has depended on luck, resources, and timing, all of which are in limited supply right about now.

During WW II, housing was at a premium, and many government workers who flocked to the Washington DC area to support the war effort had to rent rooms from locals. Many even had to “shift sleep,” or as we say in the Navy, “hot rack” rooms or beds due to the housing shortage. As a result, housing developments began sprouting up to support the influx of government workers.

After WW II, the nation rallied around the troops and created the G.I. Bill to provide free education benefits. Employment opportunities for returning vets were plentiful. The housing industry exploded with new homes popping up all over the country and mortgages were easy to get. After a crippling depression and a world war, finally America was back!

Today, the reverse is true. It appears America is showing its true colors. According to the National Association of Realtors, fewer houses are available on the market for the first time in nearly three decades, down 21% from the year before. At the end of April, there were only 1.16 million houses for sale nationwide. Despite the fact that 30-year fixed mortgages are at a 50-year low, prices and demand are at an all-time high.

In 1998 I bought a condominium in Parkfairfax, one of the planned WW II housing projects. I lived there for 15 years until we moved to Connecticut. I looked at the Zillow page for that property to see what real estate has done recently and was astonished that my little 1-bedroom 1-bath 925 sq. ft. unit was now valued at $400,900 – a whopping 300% price growth in 30 years.

Despite all the federal, state, and local government incentives to entice young couples to purchase, I cannot fathom how a young couple could possibly attempt to get started with prices reaching the stratosphere. And if these youngsters are intent on buying a home for a growing family – well, based on the current trend, they may be house-poor for decades, just waiting for the day they can downsize for retirement.

How in this country of ours has owning a home become a pipe dream? In 2008 we experienced a housing bubble that burst, subjecting our citizens to internal economic bleeding. The country (and the entire world economy) took a nose-dive. We were asleep at the helm back then, and despite vowing to never let it happen again ̶ here we are again.

We broke off from England not for enlightened, esoteric reasons but because we felt our enterprise was being abused. Those pesky Redcoats were taking our natural resources, milling them back in England, and then selling them back to us at exorbitant prices – and adding a tax on it! We went to war over that (oh yeah, that and “liberty”) – and wouldn’t you know it, hundreds of enterprising, patriotic American businessmen started popping up everywhere to “support the war effort.” (2)

· Robert Morris, a shipping magnate in Pennsylvania, served on the Congressional Commerce Committee and the Marine Committee and helped procure arms and ammunition for the Army. After the revolution, he speculated heavily in land and, losing it all, went to prison.

· John Hancock (Massachusetts) earned his money the old-fashioned way – he inherited it. One of the wealthiest men in America – an original “one percenter” – Hancock inherited his mercantile business from his uncle.

· Benjamin Franklin (Pennsylvania) started in the newspaper printing business but later partnered with David Hall for a percentage of all printing business proceeds and became another American business elite of the 18th century. A co-author and signatory of the Declaration of Independence, Franklin was the wildly popular Ambassador to France (and the ladies loved him). He also became the first Postmaster General of the newly formed United States. (3)

· Robert Livingston (New York), the son of one of the wealthiest landowners in New York, was also a co-author and signer of the Declaration of Independence. Later, as Minister to France (and former real estate guru), he negotiated the Louisiana Purchase with the French government.

· Thomas Jefferson (Virginia) was a lawyer, landowner, scientist, musician, surveyor, architect, and philosopher – America’s original over-achiever. He owned land in Virginia and was likely our first true land-speculator, sending Lewis & Clark across the entire country to recon our fledgling country, and wrote the check for the Louisiana Purchase.

· George Washington was a surveyor and early real estate speculator. He loved land so much he married Martha Custis – the wealthiest and most land-rich widow in the colonies. His keen eye for real estate speculation led him to offer swampland in what would become the nation’s capital to our fledgling government at a healthy profit. Throughout Washington’s life, he owned some 50,000 acres in Virginia, Pennsylvania, Maryland, New York, Kentucky, and the Ohio Valley.

Although we had an Army and Navy during the revolution, the Constitution only authorized a Navy to be funded as an armed service. Essentially, the Constitution said that after a war, our soldiers had to pack up and go home. But John Adams made damn sure that we had a Navy – for the express purpose of protecting our commerce. (4)

Have we become so immune to price creep and prisoners to a mercenary philosophy of grabbing the highest possible return on real estate that it has wholly skewed our sensibilities and our grasp of reality?

The simple answer is, yes. And as our history as a country tells us – it is as American as apple pie and George Washington.

(1) I am graying and getting a paunch. Not my bride. She’s perfect.

(2) Some of our earliest Founding Fathers lined-up to get in on the action. I guess many of them were 4-F. This was the beginning of what we now call “contractors.”

(3) I wonder who got the printing contract for the Declaration of Independence and the first U.S. Post Office stamps issued.

(4) He was a politician from New England. He knew it was a really good idea to support all those lobstermen and fishermen. And he didn’t like those Barbary pirates anyway. Neither did Jefferson. 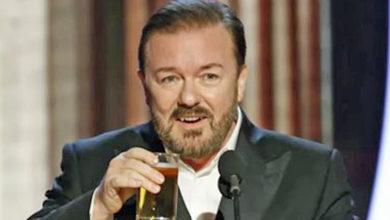 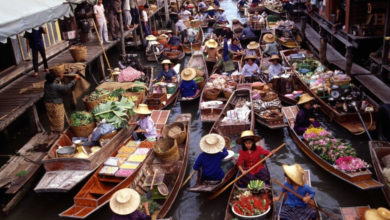 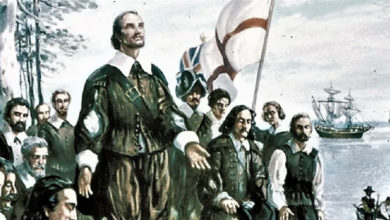