Facebook Twitter LinkedIn Tumblr Pinterest Reddit Pocket Messenger Messenger WhatsApp Share via Email Print
Cher, the singer and actress, is coming Alexandria to the rescue of a 96-year-old Virginia woman who wants to return to her Alexandria home after losing her sweetheart, according to The New York Times and other media outlets.
Support Good News Journalism, Subscribe >>

It’s the stuff of romance: Edith Hill, 96, married Eddie Harrison, 95, after the two met in line buying a lottery ticket together. The two were newlyweds, married last year in Alexandria.
The two made headlines because of their age when they married, and the fact that they were an interracial couple. Hill is black and Harrison, who died in December, was white.

The two were separated last year, after a family squabble. Not all family members approved of the marriage, saying Hill was suffering from dementia at the time. The couple’s marriage got caught up in a court dispute, after one of Hill’s daughters said her mother’s dementia was clouding decisions about her care and home.


Their story made headlines across the country. A court decision in December separated the newlyweds. Two weeks after Hill moved to Florida to live with one of her daughters, Harrison passed away. Now, Hill wants to return to her home in Alexandria and to make that happen, who’s coming to the rescue? Cher, The Washington Post reported.

“This whole thing is a travesty, what happens to old people,” Cher told The New York Times. “Once they do the repairs and she comes back home, it’s going to be bittersweet because she only wanted to be with him.”

The entertainer was captured by Hill’s romantic story last year when she saw it on the news, she said. In addition to stepping in to pay for updating the home on Alexandria’s Princess Street, Cher also reportedly plans to help with expenses of hiring someone to care for Hill.

“Mom’s coming home!” said Hill’s daughter, Rebecca Wright, of Annandale. Wright had been the biggest supporter of Hill and Harrison’s marriage. In December, a court-appointed guardian for Hill, Jessica Niesen, had Hill moved to Florida to live with another daughter. Harrison stayed in Virginia. Later that month, Harrison died.

“He actually gave his life to this effort,” Wright said of Harrison and his battle to have his union with Hill recognized and to live with his wife. Wright said he was heartbroken when Hill was moved to Florida and gloomy about his prospects of ever seeing her again. The two had been companions for more than a decade before they married.

The custody case over Hill remains ongoing, despite the judge’s order that Hill be returned to Alexandria. Wright says Alexandria is the best place for her mother, and the place that her mother says she wants to spend the rest of her days — her church is here, along with her home and other places she loves.

“She says she wants to see her guitar boys,” Wright said, a reference to a Falls Church honkytonk where she would go dancing with Harrison. Cher’s involvement in Edith Hill’s story has extended over several months. She described how she was moved to see footage of Edith and Eddie dancing and in love, and then later moved to sadness and anger when she saw footage shot for a documentary in December showing the day that Edith was removed from the home she shared with Eddie to be relocated to Florida.
“I think this is an important story,” Cher said. “It’s not right what is going on.

Changes in Alexandria’s Office of Management and Budget 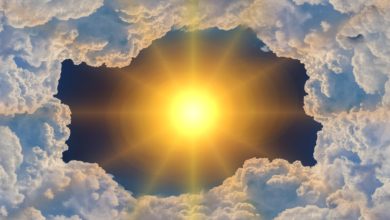