We are sorry to report that Al Grande, Del Ray (Visit Del Ray) grandest ambassador and early supporter has passed away. We do not know any details yet but think perhaps it is a perfect moment to reflect on Al’s incredible optimism and love for life. Below follows the profile which we ran for him when he was chosen as one of the Living Legends of Alexandria in 2012:

Al Grande is a self-described optimist, most likely his grandchildren’s notion of the Little Engine That Could. Retired since 1999, he sits in a wheelchair. “Life is good,” Grande said. “I have had success, I enjoy success.” He built a successful printing business and is successfully recovering from a spinal cord injury. Grande recently appeared on television to demonstrate the benefits of at-home rehabilitation therapy.“A lot of life is mental: can do, will do, and do,” Grande grinned. “I enjoyed every minute of my career. My glass is always half full.” His is a satisfied smile.

“The customer is the best part of business,” Grande continued. “People have printing needs and I enjoyed going up to the counter and engaging them. I liked people thanking me for a job well done.”

“If I have only one word to describe Al it is reliable,” said former The Alexandria Chamber of Commerce Chairman Shawn McLaughlin. “He was a Del Ray Ambassador, one of a handful of quality people who had their own community niche.” Grande was actively involved in the Del Ray Business Association.

Al Grande was born in 1936 in Dover, New Jersey. He is of Italian heritage, a self-made man who never felt poor. His father mortgaged the house so he could attend prep school. Grande graduated from Blair Academy and Bucknell University, the latter with a double major: psychology and sociology.

“I was also ROTC so upon graduation the Army made me an officer and a gentleman,” Grande chuckled. “I went regular Army and was assigned to the military police.”

Al is a Vietnam veteran who remained active for 20 years. Lt. Colonel Grande came to Washington to work at the Pentagon. Soon after, he made Virginia his permanent home. Grande’s printing business, ASAP Printing + Graphics was his second career.

“The Grandes did for Mount Vernon Avenue what Burke & Herbert Bank did for King Street,” McLaughlin said. “Al opened his printing business before Del Ray was trendy, and his business had staying power. ASAP’s presence made it comfortable for new businesses to open when they might otherwise take a pass.”

What is Al Grande’s greatest accomplishment? “Recognizing opportunity,” he replied.

“Al’s a real business booster, a dedicated supporter whose leadership, research and vision resulted in the Alexandria Small Business Development Center—a 501(c)(3) organization—being hosted by the Chamber of Commerce,” said SBDC Executive Director Bill Reagan. “The Center was established in cooperation with George Washington University, flourished under the Chamber’s leadership (1999-2010), and now is affiliated with Alexandria Economic Development Partnership.”

“As a small business owner, a supplier to local small business, Al understood small business needs,” Reagan continued, “and, of course, we all looked forward to celebrating Al Grande Day with him. He was a boater, an excellent Chair, and each year he and his wife provided a welcome water respite for Chamber staff. He’s an encourager, for sure.”

Prior to moving to Greenspring Community, the Grandes’ home was located along the Mount Vernon Parkway across from the Potomac River. “My son was a boater and introduced me to the sport,” Grande said. “We were members of the Mt Vernon Yacht Club for many years.” Grande managed the Club’s gasoline sales for a time and received the Club’s Distinguished Volunteer Award in 2009.

“I’m not used to failing,” Grande noted, “I am willing to work hard.”

“What I sell is dependability, dependability and accuracy,” Grande continued. “With ASAP I sold both at a reasonable price. When I first opened the business I kept a bed in the back. I was often there from 2 a.m. until 6 a.m., printing, so my orders were ready for pick-up. Other printers were my best advertising, especially when their jobs were late.”

“Many of my core values I got from my father,” Grande recalled. “I remember when, as an Academy student, Blair Academy awarded me ‘Most Dependable.’ It was one of the highest honors I have ever had. Today’s businesses need more dependability. Now it’s too much bottom-line.” Al repeatedly shared these values with students in T.C. Williams High School Printing Program, hiring as many as five at a time from the high school.

What is Al Grande’s life lesson? “Do your job, be respectful, and be the best that you can be,” he said. “A lot of us have a hidden talent and do a good job keeping it that way. Set a goal, meet the challenge, but be flexible. Don’t beat a dead horse. I didn’t want the business to get big; I wanted the business to be the best.”

“I am proud and pleased Al Grande has been named a Living Legend of Alexandria,” Police Chief Earl Cook said. “He is the most straightforward guy I know, and an integral part of the community. More importantly, he is one of the fathers of former Police Chief Charles Samarra’s Alexandria Police Foundation, an organization that offers scholarship grants to police officers and medical insurance for retired K-9s. Al was one of our most dependable attendees, has given thousands of dollars in in-kind services, and all of us love him. He is a true public servant.”

What will Al Grande choose as his third career? ASAP Printing & Mailing has passed to the next generation, and Al now serves on the Greenspring Resident Advisory Council’s Marketing and Publicity Committee. Many consider him a life-coach, perhaps in the building phase once more.

ANN WILSON: STRUGGLING TO BE FREE 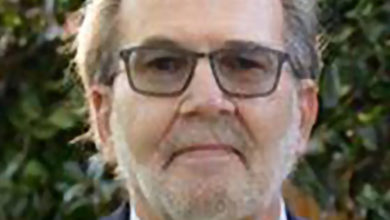 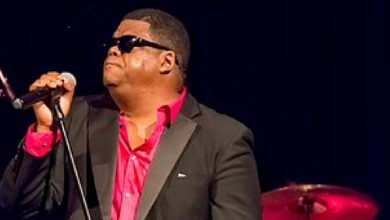 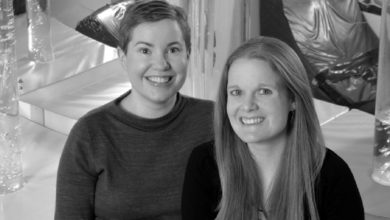