“I love getting Meggrolls into new people’s mouths!” – Meg Baroody

When Zebra last dropped in on Meg Baroody, owner and driving force behind Meggrolls (Zebra, May 2015), she had turned a creative concept, “a fun experiment in my kitchen,” into a thriving business concern: the brilliant blue food truck that Washingtonion named one of the Top 25 Food Trucks (2014). Since then, Southern Living has called Meggrolls “some of the South’s most inventive cuisine” (2016), and Northern Virginia magazine labeled it “Northern Virginia’s favorite food truck” (2017).

Which, Meg says is “very cool and exciting” but her original goal was always to open a brick and mortar location, a goal she reached a year and a half ago at 107 N. Fayette Street in Old Town. But don’t despair—that familiar blue truck is still on the job catering weddings, parties, and corporate and other special events.

Meggroll’s emphasis right now is on gearing up for the holiday season, especially catering holiday parties. And beyond the new year? Since the Fayette Street shop opened, Meg has analyzed the Meggrolls demographics, “who is embracing us the most,” and found that it’s millennials and college students.

“The 40-something mom loves a Meggroll,” says Baroody, “but it’s something she indulges in twice a month, not twice a week, and she wants us at her book club meeting, her baby shower, or her Dad’s 70th birthday party with the food truck. But in a college atmosphere, late nights? These kids are eating Meggrolls all the time.”

So the search is on for a second Meggrolls location, with an emphasis on a regular, repeat customer base, like a college or university, of which there are many in the D.C. Metro area. “The Old Town shop,” says Meg, “is a great catering hub and a terrific showcase, where tourists can find a great place to eat, but [in the near future] the emphasis will be on catering.”

Baroody is working with Papadopoulos Properties, the retail restaurant brokerage firm based in D.C. They are ready to search for her next location, but she wants to have other elements lined up first.

“This next phase is all about getting the right expertise and a sturdy foundation as far as capital goes,” she says. “I need someone to scale this awesome concept.”

She is currently building a relationship with the former director of operations for a New England-based restaurant group that expanded in this area. He took them from zero to six full-service concepts in D.C. area. “We’re confident that we’ll be moving forward as a team in the near future,” she adds.

Bringing in high quality management, looking for a second location in a market that will eat Meggrolls all the time, and continuing to grow the catering side of the business (which is booming) fills Meg Baroody’s days (and often nights).

“I’m excited to go to sleep each night so I can get up and do more the next day,” she says. “Then I get up and I’m like, what can I do to get this farther along? It might just be that I’m completely in love with what I do.”

What started off as a cute and tasty creation has now transformed into a highly crave-able, in-demand product with a cult-like following. Meggrolls are an ideal taste treat for small or large holiday parties and gatherings of all sorts.

CHAMBER CORNER: Updates from the Alexandria Chamber of Commerce 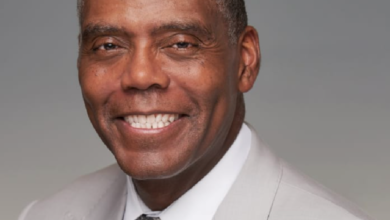 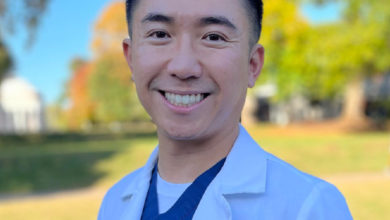 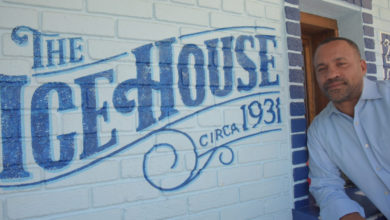