ALEXANDRIA, VA – In two press releases issued simultaneously at noon Friday, January 4, 2019, the Commonwealth’s Attorney for the City of Alexandria, Bryan Porter, announced two major changes to everyday justice down at the courthouse: no more cash bail for misdemeanors and a new drug treatment directive.

No More Bail for Misdemeanor Cases

Starting immediately, Porter and his assistants will no longer recommend that cash bail be required in any misdemeanor case. Instead, his assistants will recommend that the accused be released on personal recognizance with attendant conditions such as pretrial supervision unless the person presents a substantial danger to the community or there is significant evidence that the person is unlikely to appear for trial.

Porter said: “There is no reason why an accused citizen should be required to post a cash bond for a low-level, nonviolent offense. For example, an indigent citizen charged with trespassing should not languish in jail before trial because he cannot afford to pay a bondsman to post a $500 cash bond on his behalf. In these cases, the law prefers that the accused citizen be released on his or her promise to appear.”

Regarding offenders that might pose societal risks, Porter added, “I note that my office has a duty to protect the citizenry. In cases where the accused poses a significant risk to the community, such as stalking, sexual battery or offenses involving a firearm, or in cases where the accused has demonstrated that he or she is unlikely to appear for trial, my office retains the ability to recommend that bail not be granted pending trial.”

Drug Treatment Court Can Lead to Dismissal of Charges

Porter also announced that the City of Alexandria is implementing a treatment court designed to provide treatment as an alternative to incarceration for individuals with significant substance-abuse problems. The Office of the Commonwealth’s Attorney will be responsible for the administrative management of the new program.

Citizens accused of felony offenses related to the possession or consumption of drugs or property crimes committed to feed the citizen’s addiction will be eligible to participate in the treatment court. Participants must be classified as “high-risk/high-need,” meaning that they have been diagnosed as having a substance-use disorder and are considered persons who would benefit from intensive treatment.

Citizens who are participating in the program will receive substance abuse treatment through the Alexandria Department of Community and Human Services, to include intensive testing, treatment and therapy aimed at addressing the underlying substance-abuse disorder. Participants will also receive assistance in accessing medical, mental health, education and employment services in the hope of addressing barriers to rehabilitation

Participants who successfully complete the program will, in most cases, earn a dismissal of their underlying criminal charges. Successful participants will also avoid an active penitentiary sentence.

Over the past year, committee members worked tirelessly, travelling to observe other treatment courts in action, designing a program that addresses Alexandria’s unique needs and applying for authority to implement the program.

It is anticipated that Alexandria’s treatment court will commence operation in March of 2019. In the meantime, the Advisory Committee continues to build the legal and administrative infrastructure necessary for the program to succeed.

With regard to the new program, Porter said: “Innovative initiatives are needed to address the specter of substance abuse disorders. Citizens who commit non-violent crimes as a result of a substance-abuse disorder do not need lengthy incarceration; instead, they need treatment and understanding so that the underlying root cause of their behavior is addressed.”

He added, “Far too often, police, the sheriff and prosecutors are asked to be the primary treatment providers for substance abuse disorders, and it should be obvious that we have neither the expertise nor the resources to adequately address the myriad of issues raised by substance abuse.”

Porter thanked the work of the City of Alexandria’ Opioid Work Group, suggesting the treatment court was one of the top priorities identified and advocated by that group, and pointed out the other programs his office has recently introduced designed to address mental health and substance abuse issues. Specifically, “These ‘problem-solving’ innovations are examples of my commitment to addressing the underlying causes of crime,” said Porter.

And finally, Porter just thinks these basic policy adjustments just make sense for all concerned: “When a citizen graduates from the treatment court, everyone wins: the accused, who will not re-offend and who can become a productive member of the community, the citizenry, which will not suffer future recidivism and the police, the sheriff and my office, all of which can focus on volitional criminality and violent crimes.”

To learn more about the City’s approach to addressing the opioid crisis and the work of the Opioid Work Group, please see: https://www.alexandraiva.gov/Opioids. 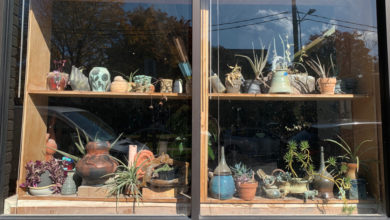