There’s not only a doctor in the house, he’s onstage! You might not know this, but Cleve Francis is famous. The 73-year-old has never been fond of his nickname, “the singing doctor.” He actually prefers “the musician physician,” and for the last three months the non-invasive cardiologist for the INOVA Health System has been getting his chops back in shape with his 12-piece country, folk, blues and jazz band for their annual gig at the Birchmere on April 27.

“I gotta start all over from ‘being a doctor mode’ back to entertainment mode,” Francis told Zebra before performing at Alexandria’s Tanger Kabob Cafe on a recent Friday night. “As it is with musicians, you really have to know yourself, because it’s about what you are getting out of it. I do it because I enjoy it.”

A native of Jennings, La., Cleveland Francis started playing the guitar at eight years old, with a Sears and Roebuck Silvertone guitar his mother bought by saving up quarters. He played guitar and sang with his five sisters at church and later played at honky tonk bars, roadside cafes and restaurants while attending college at Southern University, the College of William and Mary and the Medical College of Virginia (now Virginia Commonwealth University).

“I’ve been labeled as being a country musician, but I’m really not. It’s everything. I might have some jazz licks in a blue song, or a soul lick in a country song. I studied all these different genres all my life, so I can come in and out of them,” Francis said. “I’m always asked what I like better, music or the medicine. I mean, there’s no choice. It’s tough for people to recognize that people could be equally passionate about both.”

Francis moved to the area in 1978 and set up Mount Vernon Cardiology. He continued to sing, play and write songs. By the mid-80s he was writing, performing and recording with local studios and performing at the Birchmere. It wasn’t until he treated a man having a heart attack that everything changed. The man’s brother was “Big” John Hall, a former member of the rhythm and blues group, “The Heartbeats.”

“We just got to talk like we’re talking now. And he said, ‘I’d like to hear some of your music, doctor.’ So, I brought him a tape and his brother got better. And then I got a call from a guy in Miami by name of Jack Gayle, who said he had heard this tape and he liked it and he asked me to go to Nashville and record a record. So, off I went to Nashville and cut my first song, which was ‘Lovelight’ and then I appeared on Country Music Television. Then, the president of Capital Records, Jimmy Bowen, was walking in from playing golf and saw me singing on the TV and called me up and we signed a three-record contract on his dining room table. He asked me what I did, and I said that I was a doctor, and he said, ‘Well, that’s your problem.’”

Francis would end up taking a three-year sabbatical and moving to Nashville. After the release of his first single, “Lovelight” the Singing Doctor was featured on Good Morning America with Bryant Gumbel and Katie Couric. He went on a radio tour around the country and then appeared

on CNN, CBS This Morning, The Today Show and Good Morning America. Articles were written about him in The New York Times, Washington Post, Chicago Tribune and Atlanta Constitution – all stories about the cardiologist who spent his nights as a country western star. His contribution to country music has also been recognized at the National Museum of African American History and Culture with his photo, bio and selection from his album “Walkin’”.

Francis returned to cardiology in 1995, and continues to perform around the region and at the Birchmere for the annual show. He’s currently thinking about writing a book about his life.

“The commonality between music and medicine is that you’re dealing with people and you have to be relatable to be successful,” Francis said. “If I had to do it again, I’d do everything the same.” 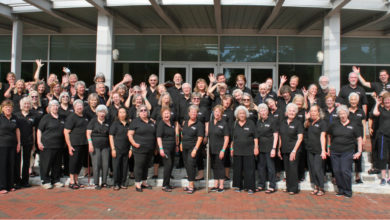 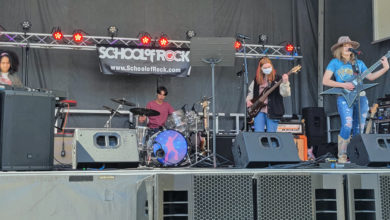 Rock On! Support Talented Young Musicians at an End of Summer Concert 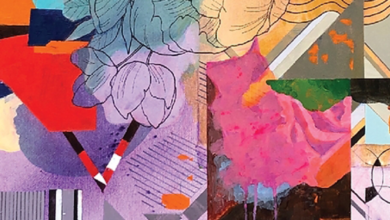