Alexandria, VA – As if Bryan Porter isn’t busy enough! The Commonwealth’s Attorney for the City of Alexandria just published a book on successfully trying the Charles Severance case and has another surprise in store for readers – a second book! Porter has just released “Kit Dreamer and the Case of the Unlucky Lemur” – a book designed to get younger kids to consider law careers.

“When the publisher asked me to write it, I was like, ‘Well, look, I’ve never done anything like this. I don’t have kids. I’m not sure,” Porter told The Zebra. “It was fun writing. We’re in discussions of writing a second book with the same characters.”

The book, which is geared toward kids ages 7 to 11, opens with a young Latina girl whose father works at the State Department and gives her a magical meerkat named Kit Dreamer. When the little girl goes to sleep, Kit transports her to a world where animals wear clothes and go to school. While at lunch one day in the dream world at school, a lemur is accused of stealing a sandwich from another animal. Kit then conducts an investigation into the incident and becomes the lemur’s attorney.

Luckily he found vital clues, all of which are laid out in a courtroom scene with a walrus as a judge.

“There was a selfie being taken with a couple of the animals in the lunch room. Behind it you can see a paw print on the lunch table where the sandwich was, and it turns out that it doesn’t match a lemur, because lemurs have opposable thumbs. Also, lemurs are herbivores, and it was a meat sandwich that was stolen.”

Looks like the lemur was framed! Who could have done something so sinister? Find out by buying the book here. 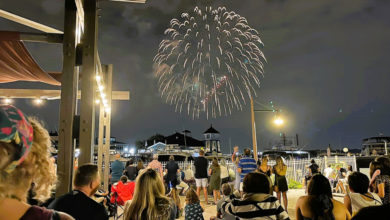 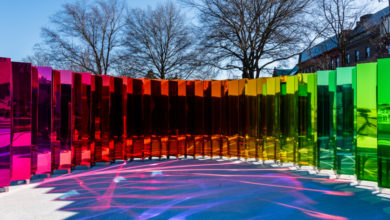