ALEXANDRIA, VA – Tracy Young just broke a glass ceiling. The T.C. Williams graduate is the first woman to ever take home Grammy gold in the category of Best Remixed Recording.  And she did it for the Tracy Young Pride remix of Madonna’s single “I Rise.”

Graciously thanking parents, friends and family, she finished her acceptance speech saying, “I proudly accept his on behalf of all female producers who have been overlooked.”

Tracy Young started her career in music right out of T.C. Williams High School in Alexandria, Virginia when she got a job at WPGC 95.5 FM as a Mix Show DJ spinning Hip Hop. At the time, a female DJ was almost unheard of and Tracy quickly rose the ranks at the station to become Music Director before relocating to Miami (where she currently resides).

She was introduced to Madonna in the mid-’90s where she was soon hired by the music legend to perform at her movie premieres, album releases, and even her wedding. During this time, she started to remix some Club/Dance of Madonna’s and this ‘stamp of approval’ led to more work with other top recording artists helping to establish Tracy as one of the top ‘go-to’ Remixers and DJs.

Tracy Young has become a global electronic music celebrity as her demand continues to grow to an international level. As a Composer, DJ, Producer, and Remixer – Tracy Young has completed 7 musical compilations on her own label, FEROSH Records and “Officially Remixed” for over 100+ musical artists. In addition to her Grammy nomination, the Mayor of Miami has bestowed an honor befitting a Musical Star of Tracy’s caliber, as he has declared December 11 ‘Tracy Young Day’ in Miami. 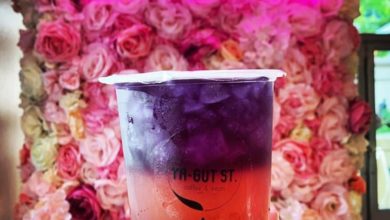