Alexandria, VA – Visit Alexandria hosted a “What’s New” event on January 24 where they showcased various new expansions, experiences, and openings that are coming to Alexandria within the new year.

The city of Alexandria, which conveniently sits right outside of Washington D.C. and along the Potomac River, is filled with rich history, extraordinary landmarks, as well as beautiful scenery and local businesses and experiences that all make it a great hub for tourists.

The City’s new ad campaign is banking on that tourist trade to ramp up Alexandria’s profile even higher than where it ranks already.

In the 2019 Condé Nast Traveler Readers’ Choice Awards, Alexandria was recently named #3 on the list of “Top Best Small Cities” in the United States.

Now Alexandria is building on that momentum, offering more in 2020 including new historical experiences, retail and dining, and even a trampoline park for the thrill-seekers!

2020 is bringing a variety of new stores and shopping to the city of Alexandria. Sephora recently opened in Old Town, and coming throughout the rest of 2020 there will be more stores opening including Fat Face, Patagonia, and an expansion of Old Town Books.

Another exciting retail opening is Monte Durham’s Salon. The effervescent host of TLC’s Say Yes to the Dress opens his salon and hair care line this Spring.

Tourists and locals alike will also be attracted to the many experiences that are rolling out in Alexandria this year.

A new public art installation, Wrought, Knit, Labors, Legacies by Olalekan Jeyifous, is coming to the waterfront from March to November and that pieces together the story of African-American story of Alexandria.

People can also look forward to Providence, an authentic reproduction of an 18th century merchant ship which will offer tours and cruises, Doyle’s Outpost, a new modern entertainment venue, as well as an exciting new trampoline park that is expected to open this coming Spring!

Construction for Barca Wine Bar and Barca Pier, a Mediterranean-themed wine bar and restaurant, will begin sometime during late February and early March. The restaurant will be built on top of a pier overlooking the Potomac and will make a splash in Alexandria as one of the first of its kind! Barca will feature a year-round indoor bar as well as an outdoor one that will operate from March until the end of October.

The city is also excited for the expansion Misha’s Coffee to a second location. Misha’s Coffee has been a staple coffee shop in Alexandria since it was started in 1991, and it is unique for its configuration which involves three rooms with a different seating setup in each room.

Mount Purrnon is perched to open very soon and is a place that cat-lovers, wine connoisseurs, and history buffs will all be able to enjoy. The cafe and wine bar’s website states that their goal is to “provide an environment where cats can get out of cages, learn to socialize, and meet their new families.”

But Mount Purrnon will offer more than just playing with cats, they will also offer cat adoptions, serve various wines from all over the world, and they will celebrate early U.S. history by having maps, books, and local guides to the city.

History is a major asset and draw in Alexandria, especially in Old Town. The Office of Historic Alexandria recently announced that the City of Alexandria will gain ownership of the Freedom House Museum from the Northern Virginia Urban League in order to preserve the historic landmark for generations to come.

The Office of Historic Alexandria is also supporting a community initiative that is set to launch this year which will create a self-guided online “story-map” for people to follow while on the African American Heritage Waterfront Trail.

In addition, a new tour focused on Alexandria and the Underground Railroad will be implemented this year by Manumission Tour Company. The tour will be based on the writings of the historic abolitionist William Still and is set to be launched in the Spring.

One of the most historic parts of Alexandria, King Street, will also see some new changes this year. In March of 2019, King Street’s waterfront expanded, and now look for continued expansion.

Popular for being a bustling street lined with a variety of boutiques, stores, and restaurants, a pedestrian-only pilot program is proposed to open in the 00 block from April until October of 2020. The pedestrian-only zone would close King Street on the weekends between the intersecting Lee and Union Streets.

New changes, additions, and expansions are expected to continue throughout the year. Be sure to sign up for the Zebra newsletter to stay up to date with “what’s new” in Alexandria between our signature printed editions! 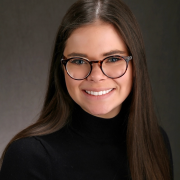