Documentaries are the perfect way to spend a day at home. When the weather is cold and you don’t have to go outside, it is time to binge-watch something. Documentaries are entertaining and educational because there is always something interesting to learn. And the best part is that there are so many of them that everyone can find a docuseries to their liking.

And if you worry about some essay you need to do, you can always ask the paper writing service EssayPro to help while you are staying in bed under the blanket. Here are some amazing documentaries to enjoy on a cold day at home.

This is a beautiful story about a couple with a dog traveling from Alaska to Mexico. They go across North America on a renovated school bus that is now their home on wheels. The best part is, of course, the scenery and the perfect shots of nature, whether it is Death Valley or National Park. And Rudi, the dog, is the main character. It is light-hearted, wonderfully shot, and just perfect to enjoy. There is only one episode that is about 96 minutes long.

Diana: In Her Own Words

There is hardly a person who doesn’t know who Princess Diana is. This documentary explores her life and story mainly through her words. It uses the recordings and interviews of her made when she worked with Andrew Morton on her autobiography. It is extremely interesting and sometimes heartbreaking. Overall, it is an insight into the royal life as it was in her time and how much Diana influenced it and the world around her.

If you are into true crime, this is one of the best options for you. It is a 4-part series on notorious Ted Bundy, one of the most prolific American serial killers. The interesting part of his story is that it was documented quite well by the media. That’s why the docuseries features lots of his interviews and court clips. It unravels his murderous rampage and offers a look at what might have caused it. It also provides a perspective on how the media adds up to the fascination with serial killers.

This documentary of 8 series was released by Netflix this year. And it made quite a fuss among the internet community. It is hard to explain as it is so crazy that sometimes it is hard to believe that those events happened. The story uncovers the community of people keeping exotic animals and various plot twists and conflicts between them. It includes true crime, murder charges, drugs, polygamy, and true rivalry. It is intriguing, dramatic, and sometimes over the top. The perfect watch for anyone!

Those who are into animals in the wild will enjoy this one. It is an excellent depiction of wild animals and their behaviors through day and night. Before that, it was impossible to capture the night activity, but thanks to modern technology, now we can see what is going on there. People now can track new behaviors and just enjoy a good nature documentary. It is entertaining, calming, and fascinating.

It is a wonderful film that uncovers mysteries and legends around horror movie production. Whether you are a fan of such movies or not, you’ve probably heard about “cursed” film sets. This production explores the events around the Omen, the Exorcist, the Crow, and the Twilight Zone. There are interviews with witnesses, experts, and opinions from different perspectives. What is the truth behind those conspiracies and legends? It is an incredibly exciting watch and behind the scenes of some famous movies.

The 90s were the times when the Chicago Bulls were on top. With Michael Jordan on their side, they’ve achieved pretty astonishing results. This is a 10-series documentary film that features a lot of old footage from the years 1997-1998 during the championship. There are also interviews and commentaries from the participants. It is exciting, inspiring, and will please any sports lover. Of course, Michael Jordan is the focus of the story.

It is not just a traditional true crime story. This is an astonishing rollercoaster of emotions that will make you not believe that it is actually true. The story revolves around the mysterious video of a guy torturing cats that brought the wide attention of the internet community. Based on the first video, the hunt for the guy has begun. But then came the second one.

It is a story about a serial killer Luke Magnotta but also about the power of people that want to stop terrible things from happening. It also gives a new view of the internet and the craving to get attention at any cost.

These six series are an excellent fit in a day. The documentary revolves around cheerleading and the Navarro College team. It uncovers stories of athletes and what led them to this. The whole thing just changes the perspective on what cheerleading is about. Many people tend to disregard it as something not serious, but it is a challenging sport that requires extreme dedication and effort. It is very inspiring and enjoyable to watch.

It is such a prominent series that it has got an Emmy. It revolves around the religious cult that started in India and was peaceful and loving. Eventually, it turned into a huge community in Oregon. The conflicts with the public appeared, the government got involved, and there was even an attempt to poison the municipal water supply. It is very interesting and eye-opening in many aspects. This documentary is particularly good as it doesn’t take sides. It shows both perspectives as they are and allows a viewer to choose who is right.

These 10 series will keep you intrigued, entertained, and inspired. Choose what speaks to your mood on this cold day and start binging. 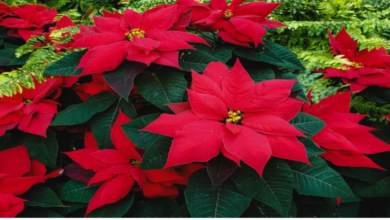