Alexandria, VA – Halfway between Old Town Alexandria and George Washington’s Mount Vernon estate is a treasure of natural wonder within the Fairfax County Park Authority system. The 1500-acre oasis set amid Hybla Valley suburbia with its expansive marsh and woodland habitat is home to all manner of mammals, birds, and reptiles.

But this was not always so. The land that is now Huntley Meadows Park has gone through many stages of development (see the sidebar for a brief history). It culminated in the heroic efforts of Norma Hoffman, a visionary in protecting the vulnerable ecosystem and preserving the park’s natural resources and the educational programs that staff and volunteers provide. The Huntley Meadows visitor center was named in Norma Hoffman’s honor in 2013. She passed away in 2017.

Norma would be tickled pink at all the excitement caused by the arrival of a Roseate Spoonbill, a big-billed flamingo-pink and white waterbird rarely seen north of the Florida, Louisiana, and Texas coasts. The bird is one of six species of spoonbills globally and the only one native to the Americas. With a distinctively shaped bill and bubblegum-pink wing and tail feathers, the Roseate Spoonbill is found as far south as the Greater Antilles, Argentina, Chile, and Uruguay.

Recent appearances in Alexandria and as far north as Seneca Falls, New York, and Maine have created quite a stir in the birder world. Here, the flock of photographers and birders armed with lenses and scopes bigger than Spoony himself (as members of the Huntley Meadows Facebook group began to call the park’s VIP guest) became less a COVID concern and more a fear of the boardwalk collapsing under all the weight. On one afternoon, more than 80 fans swooning over Spoony were crammed onto just several feet of the composite planks made of 90% recycled Chicago milk jugs.

As if the appearance in late June of a Roseate Spoonbill didn’t provide enough thrills, a White Ibis was sighted in addition to a juvenile Blue Heron that had the veteran Spoony aficionados headed for the back ponds adjacent to the forested area. (A Green Heron has been in residence for a while.)

No one, however, was prepared for the appearance in mid-July of a mating pair of Roseate Spoonbills that arrived with great fanfare, not only among the bird watchers but also among the resident Great White Egrets and Great Blue Herons, that had finally reached a detente of sorts with Spoony.

Retired FCPA staffer, Huntley Meadows volunteer, and Friends of Huntley Meadows board member Ann Stat is glad that people are experiencing the excitement and beauty of Spoony and the Park. “The Spoonbill is creating quite the buzz at Huntley,” she says.

But until the Zebra contacted staff and Below the Beltway columnist and Z-TV producer Susan Mulligan Fleischman met with Huntley manager Karen Sheffield, there had been no media interest in Alexandria’s most illustrious residents since George and Martha.

Huntley Meadows is an extraordinary sanctuary in a world turned upside down. The park is home to beautiful birds of every feather: Kingfishers, Swallows, Red-Winged Blackbirds galore, Indigo Buntings, Northern Flickers, Eagles, Osprey, Hawks, I could go on all day. But there are also deer, muskrats, raccoons, the famed Huntley beavers who established the marsh and meadow with their dams, as well as turtles large and small, a veritable symphony of croaking frogs, and a palette of wildflowers painting the landscape in every color of the rainbow.

Photographer and mosaicist Nina Tisara has found her muse walking the trails of Huntley Meadows. She has exhibited photographs of the “Dancing Vines,” as Nina calls them, paired with complementary nature-themed mosaics at the Hoffman visitor center. It’s a sacred place to her. “I read something recently like…If there were words to describe some things, there would be no need for art. But Huntley Meadows continues to be my spiritual oasis. The original quote is from the epic American painter Edward Hopper who said, “If you could say it in words there would be no reason to paint.”

For many avid guardians of Huntley Meadows, the park remains a well-guarded secret, but one all are happy to share. The entrance is at 3701 Lockheed Boulevard, Alexandria.

There’s an unofficial maxim at Huntley Meadows: Listen with your eyes. Watch with you ears. For many avid guardians of Huntley, the Park remains a well-guarded secret. But it’s one all are happily willing to share. Come for Spoony. Stay for the serenity, the sanctity of nature, and to replenish your beleaguered spirits. You’ll thank us later.

Be sure to tune in for a special Z-TV show on Wednesday, August 4 at 7:00 pm. Susan Mulligan Fleischman will interview Karen Sheffield, manager of Huntley Meadows Park, and share a video of Spoony along with amazing photographic art from members of the Huntley Meadows Park Facebook Group. You won’t want to miss it.

Huntley Meadows Long Journey to the Park of Today

Local history of the area that is now Huntley Meadow Park goes back to 1757, when George Mason purchased the land. His grandson, Thomson Francis Mason, built a home on the grain farm plantation and named it Huntley. Mason’s home sits up the hill from the park with views that reached to George Washington’s Mount Vernon land holdings along the Potomac River.

In the late 1800s, the Huntley villa and most of the land was purchased to create a dairy farm by Albert W. Harrison, for whom one road to the park is named. With its mature woods and vast marsh ecosystem today, it’s hard to imagine fields of green or gold.

In the late 1920s, an enterprising man named Henry Woodhouse bought up all the property to create a dirigible base. When this venture failed, the land conveyed to the federal government, which over the years found various purposes for the property. In the 1950s, this included classified Navy radio and satellite communications used to monitor the Russian Sputnik space program.

By the 1960s, nearby Hybla Valley and Rose Hill residents began to use the park for recreation such as nature walks, hiking, and riding motorcycles. There was even a racetrack on what is now the southern part of the park. In 1971 President Nixon established the Legacy of Parks Program, which transferred surplus land to local and state jurisdictions. Along came Watergate, and with Nixon’s resignation, Alexandrian President Gerald Ford signed the Legacy of Parks document, which is on display in the Norma Hoffman Visitor Center.

In 1973, Joe Downs, then director of the Fairfax County Park Authority, petitioned for the land, envisioning a nature center and observation tower (both of which exist today), plus stables, two equestrian show rings, and even a cross-country course. But it was the tireless efforts of Norma Hoffman, namesake of the visitor center, who saved the park from suburban encroachment and stopped plans for a four-lane highway running through it.

Amid too many stories of overdevelopment and habitat destruction, Huntley Meadows Park stands out as a great success for cherishing the natural ecosystems around us.

ICYMI: Letter to the Editor: Huntley Meadows Park Wildlife is Under Attack 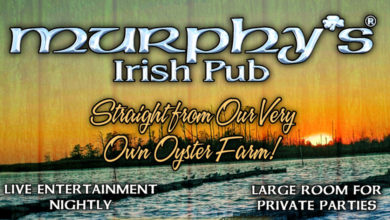 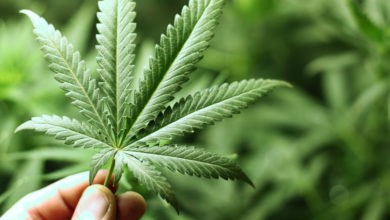 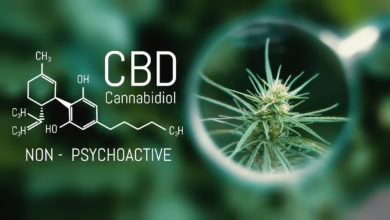 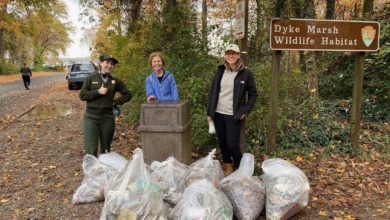