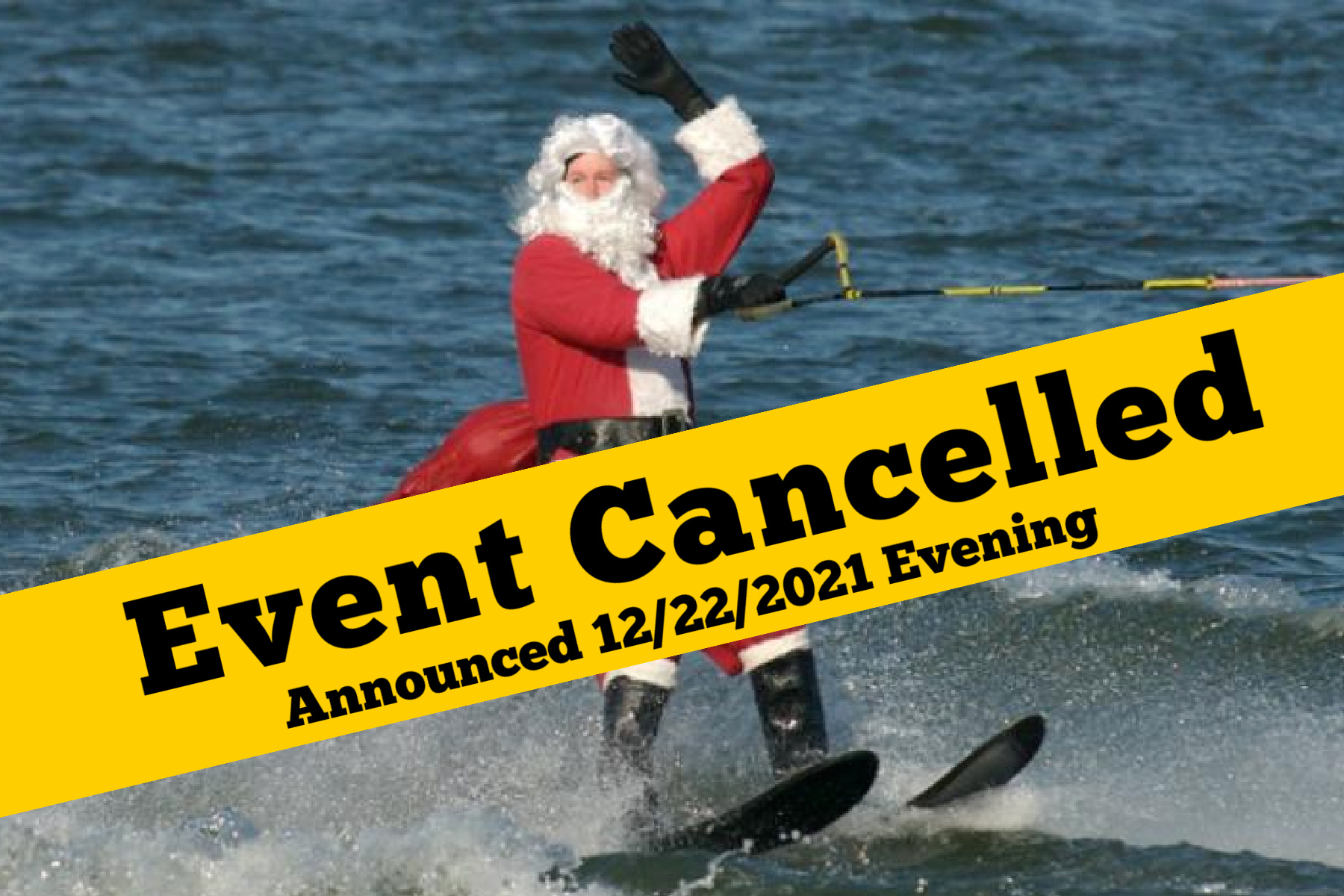 ALEXANDRIA, VA – After ramping up for a live show this year, Waterskiing Santa and His Merry Crew expressed sadness late on Wednesday, December 22, 2021 that “We are very sorry to inform you that all Alexandria Events have been cancelled.”

Now in his 36th year, Santa was  scheduled to be on water skis again this year for Old Town Alexandria’s longest running water ski Christmas show at 1 pm, Friday, December 24. There was also a short pre-show at 1 King Street at 12:45 with a possible appearance of The Grinch.

The tradition began in 1986, when a few folks were knocking around ideas for a holiday party. “We decided it would be funny if one of us water-skied down the Potomac in a Santa suit,” a man now known as “Santa Emeritus” told The Washington Post in 2016, “and I drew the short straw.”

It’s all top secret about who IS Santa on the skis, but you can bet it is one of a group of professional skiers who are passionate about the annual show, which includes about 50 or so boat drivers, skiers and other volunteers who make the show come together. Turns out some of the most important jobs are “dressers” who help skiers get their costumes on over life jackets, dry suits and thermal underwear. 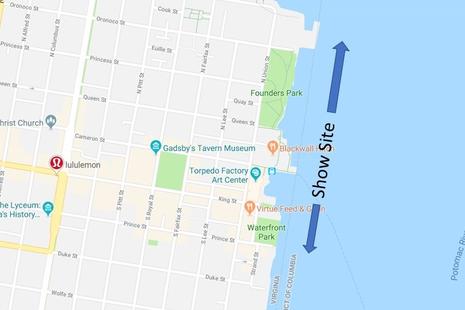 The show has grown over the years and includes waterskiing reindeer too–be on the lookout for these characters because they sometimes get left behind if someone falls.  They are supposed to be riding alongside Santa in the big finale.

Folks were expected to gather along historic Alexandria’s Potomac River waterfront for the spectacular show made possible through the generosity of Waterskiing Santa and his merry crew, along with their many sponsors these days, which include Daniel O’Connell’s, Chadwicks, Mia’s Italian Kitchen, the City of Alexandria, Lake of the Woods Adaptive Watersports and Chessie Marine Sales.

You can see the show anywhere from Founders Park to Point Lumley Park.

“As currently planned, characters will be on the dock for the show; and Santa and his crew will meet and greet everyone after the show in King Street Park. If the variant issues worsen, please keep in mind we may have to limit exposure after the show. We simply care about you and us,” added Noel.