Alexandria, VA – If you know me even a little, you have heard me preach, yes preach, on documenting your photos – the who, what, when, where, and who took the shot. I promise you after 10 or 20 years, you won’t remember. Chances are, the people you would ask are no longer alive, and if they are, they won’t remember.

I have been doing research lately, some related to a past column in the Zebra and some for a future story. Regarding the column “On Backstories,” published in March 2022, a friend asked, “ …do you by any chance recall where you stood to take the tracks in the snow photo? Were you ever in dangerous or precarious spots to take photographs?”

My reply, “I remember some parts of that day very well, other parts not so much. I know it was taken from the control tower. I would guess that it was at least 30 feet tall, maybe 40. I remember that it was difficult to get permission to be in the yard at all because of safety concerns, let alone in the tower.”

Thinking about the control tower was how I came to visit the Local History and Special Collections section of the Barrett Library on Queen Street. In response to my advance query, reference librarian Jeff Flannery had a two-volume set on the history of the Potomac Yard waiting for me. Leafing through it, I found a photo that may (just may) be the place I shot from. Studying the image makes me think that tower was indeed 30-40 feet tall.

The history of the Potomac Yard and its role in the growth of Alexandria is fascinating. I didn’t realize until scanning the pages that the superintendent, Jack McGinley, the man who attended the opening of my photo exhibit at Colorfax, was overseeing the closing down of the yard, the closing down of an entire era. That’s a whole other subject.

The lesson for me and what I want to share is to pay attention. I wasn’t focused on where I was shooting from, only on the view. I didn’t think about photographing the tower or noting its height.

Dangerous or precarious positions? Sometimes. One day I was returning to my Fairlington home and noticed police cars on Quaker Lane across from a bank. I got out of my car with my always-with-me camera. I didn’t realize the police were dealing with an armed bank robber. Another press photographer was crouched behind a car and pushed my head down while warning me to be careful. I don’t think he said, “get your head down, stupid,” but that was the message.

Another time I was photographing a sheep-herding demonstration during the Scottish Games at Episcopal High School. I was kneeling, camera steadied on a knee, intently looking for “the picture.” I was so focused on finding the picture that I didn’t see the whole flock of sheep heading toward me. Eventually, I heard the crowd yelling at me to move. The photographer being trampled by the sheep would have been “the picture.” Not mine though.

Lesson: Be mindful of the whole picture.

A future story will be about a garden, part of historic Hollin Hall, now on the grounds of Mount Vernon Unitarian Church. I had some information, but some was missing, e.g., I had page 2 of an article about church sexton John Stevens, but not page 1.

Elaine McRey, the reference librarian at the Fairfax Regional Library Virginia Room, reported that the bibliography of a book by Ron Brandt and Lucy Phinney (misspelled Finney in the copy) on the history of Hollin Hall and Mount Vernon Unitarian Church cited the source as the Alexandria Gazette,1991.

The page I had said the article was continued from page 3.

With the help of Patricia Walker, director of Local History and Special Collections, and reference librarian Flannery at the Barrett Library, I searched all four reels of microfilm for page 3 of the Alexandria Gazette for 1991. McRey scanned the holdings of the Virginia Room’s Mount Vernon Gazette. Many hours were spent exploring that rabbit hole. The rabbit eluded us.

Lesson: Leave a trail. When copying news clippings, include the name and date of the publication.

After all that searching, a copy of the whole article was located in the MVUC Archives, a work in progress, currently being sorted by MVUC member and photographer Jeanne Tifft. Jim Kerr, MVUC’s Lifespan Spiritual Growth Assistant, scanned the article and a more recent image of the garden and emailed them to me.

From the full article, “Longtime caretaker is toast of local congregation” by Jan Cook, I was fascinated to learn that John Stevens joined the Hollin Hall staff as gardener/groundskeeper as a young man in 1926. He served through three owners and still worked 20 hours a week as a caretaker for MVUC at age 79. The story described its stone and brick walls and the imported 175-year-old boxwoods he tended. Those boxwoods are important to my future story.

There were unexpected happy finds. McRey determined that a magazine, the Mayflower’s Log from 1928, with photos of the house and garden, was available on eBay! I bid on it and now have the copy in my hands.

Although the Prints and Photographs Division of the U.S. Library of Congress turned up no photographs of Hollin Hall—another rabbit hole—reference librarian Roslyn Waddy came up with a jewel. She wrote, “According to records, The Mayflower’s Log began publication as a semi-monthly in 1925 and was published by The Mayflower Hotel. In February 1929, it became The Washingtonian….”

With that information, the publication’s name made sense. And I have profound respect and appreciation for libraries and research librarians who relish their work.

ICYMI: Memories and Musings: On Paris In The Spring 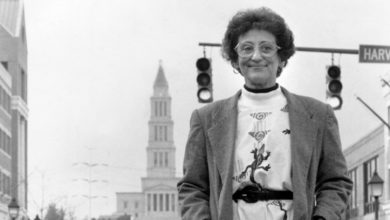 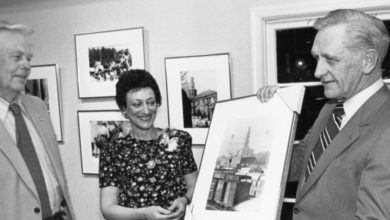 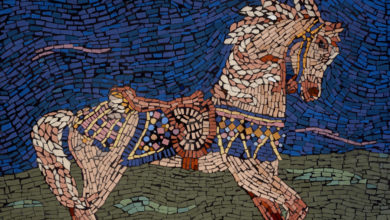 Memories and Musings – On Serendipity