ALEXANDRIA, VA – After a half-hour rain delay and some impeccable work by the grounds crew, the Alexandria Aces opened their 2022 campaign at Frank Mann Field against the Olney Cropdusters.

“It was a really weird day. No batting practice, no nothing,” manager Chris Berset said. “Great job to get the win. They stayed focused the whole game, in a long game with a couple rain delays in there. I thought these boys battled and fought and played the game hard.”

Slowly paced throughout, the game was characterized by long at-bats and frequent field touch-ups by the grounds crew due to intermittent rain. The Aces only registered five hits, but it was enough to secure the win.

Olney struggled to find the zone all night, cycling through three pitchers in the initial four frames. Thus, the Aces jumped out to an early 3-0 lead in the first without recording a hit. With the bases loaded after a hit by pitch and a series of walks and stolen bases, Cropduster pitcher Matt Leikus walked three straight batters to give Alexandria three runs.

The Aces extended their lead to 5-1 in the fifth thanks to a Matt Wolfe (Vanderbilt) RBI single and a wild pitch that brought in Michael Eze (Georgetown).

Milwaukee native Jacob Hartlaub (Ball State) got the start for Alexandria and pitched five good innings, but the Cropdusters were able to get a pair of runs off him to stay in the game.

After two Olney pitchers combined for six earned runs in the first four innings, they finally found their man in Ben Vok, who pitched 2.1 shutout frames.

Down 6-2 in the sixth, Olney had an opportunity to come back when Will Long (Cornell) replaced Hartlaub at the mound. With the bases loaded, Tyler Wright grounded out to shortstop to bail Alexandria out of the inning. 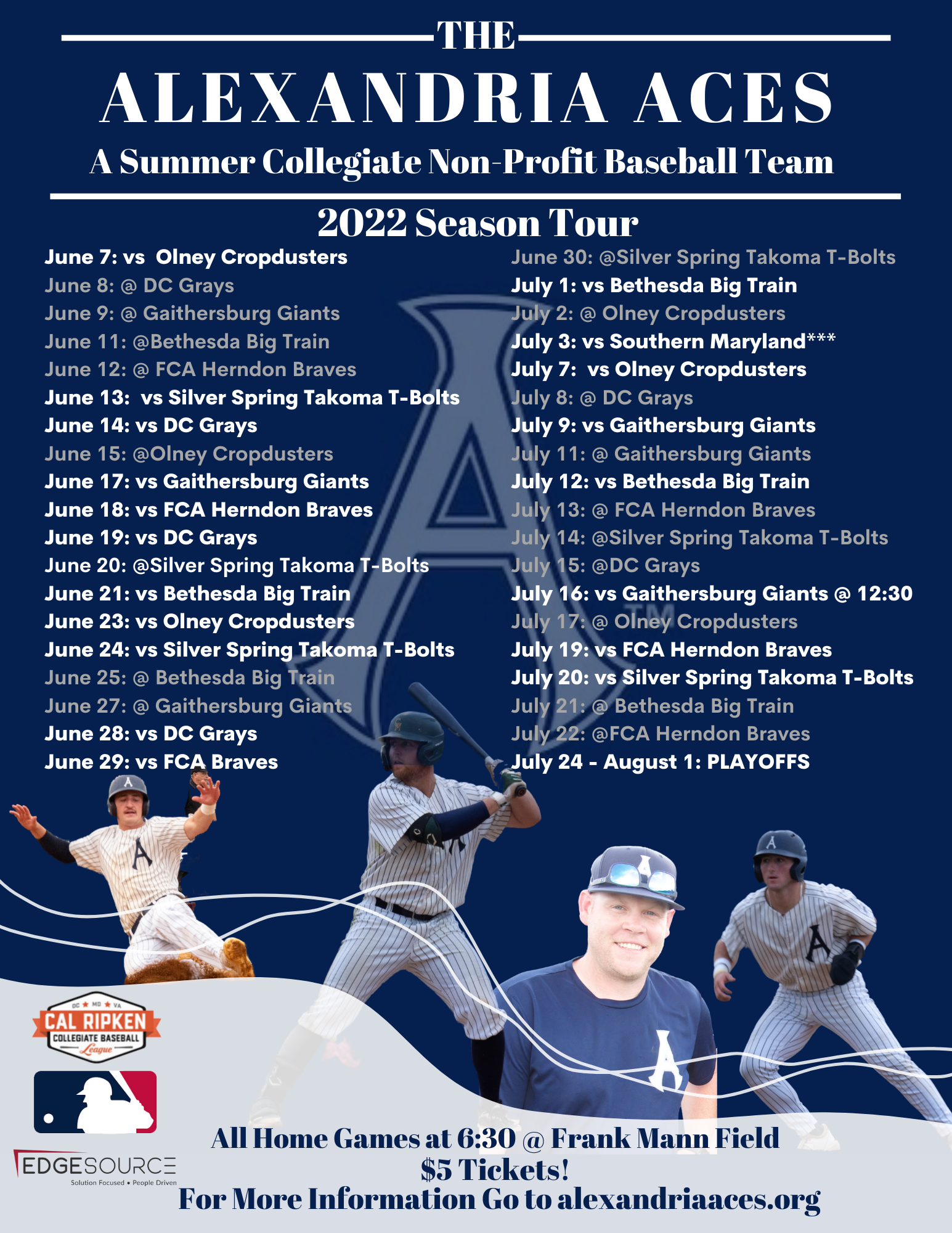 But the Cropdusters capitalized on a wild pitch in the seventh, as Wes Gingerich scored, narrowing Alexandria’s lead to 6-3. Olney’s dugout erupted with cheers again, as they were vocal throughout the game. However, the Cropdusters were silenced the next at-bat, stranding yet another runner.

Like Olney, Alexandria struggled to find the zone later in the game, with a wild pitch by Ryan Brown (Ball State) allowing a Cropduster to score in the eighth. With the Aces’ lead diminished to 6-4 and a runner on third, third baseman Connor Offshack (Elon) made a game-saving play after a grounder stayed fair, beating the runner with a beautiful throw to catcher Jacob Friend (Davidson) at home plate.

“It was beautiful,” manager Chris Berset said when talking about Offshack’s throw. “Big play. He’s been here before; he knows what the expectations are. It’s nice having him down there at third.”

The Aces dashed any hopes of an Olney comeback in the bottom of the eighth, as Cade Sullivan (Western Michigan) singled for two insurance runs.

The Alexandria Aces are a collegiate summer league baseball team entering their 15th season as members of the Cal Ripken Collegiate Baseball League, which began in 2005 to promote the sport in the Baltimore-Washington metropolitan area. They play 18 regular season home games at Frank E. Mann Field at Four Mile Run Park.