ALEXANDRIA, VA–Frank Mann Field was packed on Friday night, July 29, for Game 1 of the LCS Championship. 360 Aces and Big Train fans flooded the bleachers, stood by the fences and cheered until their voices were hoarse as the action unfolded.

In perhaps the biggest game the Alexandria Aces have ever played, they outslugged the Bethesda Big Train, 8-6, to win Game 1 of the LCS Championship. First-seeded Alexandria now leads the second-seeded Big Train in the best-of-three series, 1-0.

“It was really just a team effort, Adam Tellier (Ball State), who had a team-high three RBI, said. “From pitching to defense to hitting, we were able to come together and put one together for us.”

The Aces were hot early, building an 8-2 lead through six innings. Tellier, Alexandria’s regular season leader in batting average and hits, blew the game open with his two-run homer to left field in the fourth, putting the Aces up 4-0.

“At that moment, I was just trying to do whatever it took to get the win,” Tellier said about his home run.

While Alexandria built a lead, starting pitcher Matt DeLano (MGCCC) kept Bethesda at bay. He pitched five scoreless innings and allowed just two hits on his way to picking up the win.

DeLano showcased his strong arm on Friday night with both his pitches and pickoff attempts. In the fourth, he spectacularly threw out a runner at second. The Mississippi native faced several runners in scoring position throughout the game, but he stayed calm and got out of the jams.

“Every time I go out there, [I’m] making sure [I’m] focusing, getting ahead in the counts, and putting batters away,” DeLano said pre-game. He certainly did that on Friday.

As if their four-run lead wasn’t enough, Alexandria doubled its tally in the sixth to energize the crowd even more. Leadoff hitter Eddie Hacopian (Maryland) got the party started, as his grounder was thrown over the head of the Bethesda first baseman, allowing Brendan Harrity (Western Michigan) to score from first. It was one of the Big Train’s two errors in the game.

Tellier doubled to plate Hacopian in the next at-bat, before stealing third and scoring off a wild pitch. Dylan Koontz (Campbell) walked right after and eventually came home after another wild pitch.

But the Big Train, winners of the past five LCS Championships, would not go away quietly. As the rain started to come down, they turned it on with a four-run inning of their own in the seventh, scoring all their runs with two outs.

In the eighth, they threatened once more with runners on first and second. Alexandria native Ryan Osinski (Bucknell) retired the side, though, as Bethesda hit a grounder that Connor Offshack (Elon) fielded before tapping third base to end the inning.

Osinski closed out the game in the ninth with a quick 1-2-3 inning. He picked up the save.

Both teams had eight hits.

Alexandria is now one win away from its first championship in team history. Last season, they finally broke through and made the finals but were swept by the Big Train. This year is different. The Aces won the regular season title for the first time ever last week, picking up the number one seed in the playoffs and securing home field advantage. They held onto it tonight.

The Aces will try to win the title tomorrow at Shirley Povich Field in Game 2 of the LCS Championship. First pitch is at 7:00 p.m. 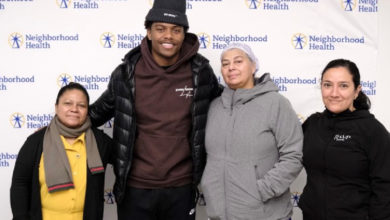