The pews were filled with students from several Alexandria City Public Schools (ACPS), including Alexandria City High School, Lyles-Crouch Traditional Academy, Mount Vernon Community School and Samuel W. Tucker Elementary, many of whom are learning about U.S. History in their school curriculum this year. Joint Base Andrews Honor Guard was on site for the Presentation of Colors and Pledge of Allegiance followed by the “Star-Spangled Banner” sung by the Alexandria City High School Choir.

Students from Mount Vernon shone in red with their rendition of “God Bless America,” while Lyles-Crouch represented Colonial days with their black tricorne hats and sang “Battle Hymn of the Republic.” Pointing proudly to the flag, the students of Samuel Tucker payed tribute by singing and marching to “You’re a Grand Ol’ Flag.”

Linda Ferrara, Chair of the Virginia DAR District, shared a few words on the importance of the Constitution, prompting the students’ ears to match what they’ve been learning in class. Here’s a brief refresher: The U.S. Constitution provides the framework of the American government – its principles and structure – and upholds and protects the freedoms Americans hold dear. Written primarily by James Madison, the document reflects the thinking of three other Virginians as well: George Mason, Thomas Jefferson, and George Washington. Written in 1787, it is a document for all times and all men and women. It is the longest standing constitution of any country in history and has served as a model for many nations in creating government guidelines of their own.

Playing the “Yankee Doodle Dandy” on his fife, Dave Embry explained its importance on the battlefield and demonstrated how its sound carried. Vicki Embry showed the wares of the day and explained women’s role in the colonies. When she shared that wives ran a tab for groceries and other needs with the local merchant, a young female student asked why these women didn’t have their own money. That sparked a few laughs, but thankfully times have changed, and our community is filled with bright young women asking smart questions.

Mayor Justin Wilson made it official and signed the Proclamation before the room bringing a tangible moment to history being taught in the classroom.

Official celebrations of the U.S. Constitution began in 1956 after the DAR petitioned Congress to dedicate the week of September 17th – 23rd as Constitution Week with the purpose of commemorating this unparalleled document.  The goals of Constitution Week are to emphasize each citizen’s responsibilities to protect and defend the Constitution; to inform people of its significance as the basis for our national heritage and the foundation for our way of life; and to inspire the study of historical events leading up to the signing of the Constitution on September 17, 1787.

Known as the largest women’s patriotic organization in the world, the DAR currently has over 190,000 members with approximately 3,000 chapters in 50 states, Washington, D.C., and 13 foreign countries. The DAR promotes historic preservation, education and patriotism through celebrations and activities, including those for students and new immigrants. 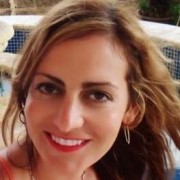 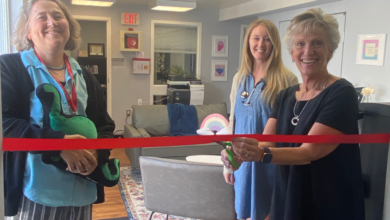