“We enjoyed welcoming the Attorney General to ACHS and introducing him to the children that inspire the dedicated work of our educators and support staff. I was proud to discuss our equity focus that not only ensures academic success, but that our schools are warm and welcoming communities for all students and families,” Vice Chair Greene stated.

Miyares met the school community, toured the amazing high school, and visited classrooms to observe ACHS’s academic excellence in action. Most significantly, the Attorney General had the opportunity to see the full diversity of students who are served by the school system, including the ACHS International Academy students focused on English fluency. Not only was he introduced to students in the Career and Technical Education classes gaining career-readiness, but also to the advanced science students preparing for higher education.

“Our students are successful when all three levels of government are rowing in the same direction. I appreciated that the Attorney General took the time to learn about our school, our students and the partnership between City and Schools that works tirelessly to expand opportunity for success. We will continue the dialogue to inform the policy-making process in Richmond and identify ways that Richmond can help students thrive!” Mayor Wilson stated.

The seamless partnership between ACPS educators, support staff and City agencies, including DCHS and APD, is flourishing. The integration of the involved parties serves to underscore the adage of “It takes a village to raise a child”. According to Frontiers in Public Health, the African proverb conveys the message that it takes many people (“the village”) to provide a safe, healthy environment for children, where children are given the security they need to develop and flourish, and to be able to realize their hopes and dreams.

The visit was an opportunity to address concerns about safety in schools and share the unique characteristics of our community and high school with the Attorney General. All agreed on the importance of students being able to grow and thrive in a safe learning environment and assured him of the close partnership among the school division, Alexandria Police Department and other agencies that promote the well-being of children.

Miyares extended an invitation to ACHS students who are foster children or identify as immigrants and refugees to visit the state capitol during the upcoming General Assembly session in January or February 2023, to gain a better understanding of their new home in Virginia.

Wilson thanked Attorney General Miyares and his team for their visit and for his offer of any help or support from his office for the City of Alexandria and Alexandria City Public Schools. Additional participants at the meeting included the following: 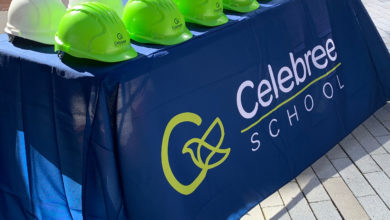 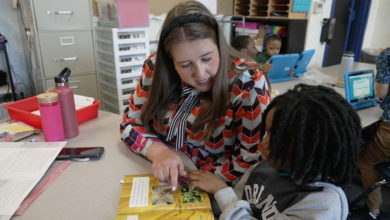 Nominate Teacher and Principal of the Year by October 24