ALEXANDRIA, VA – Depictions of colorful, delicious, and nutritious botanicals grace the walls of the Athenaeum Gallery at 201 Prince Street in Old Town, now through January 8th.

“For eons, animals ranging from massive leaf-eating dinosaurs to minuscule nectar-sipping insects have been attuned to the healthful benefits of a plant-based diet. For their part, plants have enlisted the help of animals by attracting them with visual and other cues for purposes of reproduction. These interactions, while necessary, are purely transactional. They lack the aesthetic spirit. That’s where botanical artists step in!

Botanical art is neither scientific illustration nor decorative floral composition, but an engaging combination of the two. Like blue jays or cabbage moths, botanical artists are drawn to shiny red berries and bright yellow flowers, but unlike other creatures, they have the means to depict their attraction. The works in this exhibit focus specifically on plants that have health-giving nutritional properties for people,” according to the Athenaeum Gallery press release.

The works in this current exhibition were created by 19 members of the Botanical Arts Society of the National Capital Region (BASNCR) and selected to illustrate an assortment of life-giving plants that exist for our delectation and nourishment. Artists include Esther Carpi, Joseph Bailey, Anne Clippinger, C.B. Exley, Vicki Malone, and Marsh Ogden, to name a few.

BASNCR is the local chapter of the American Society of Botanical Artists (ASBA). They are a nonprofit organization of roughly 100 professional and semi-professional artists and illustrators who specialize in depicting botanical subjects in ways that are both scientifically precise and aesthetically appealing.

“It’s wonderful to have the botanical society here with that festive nature, the artwork coinciding with the festivals and feasts [for this holiday time of year].

The next show coming up has the theme of thresholds, welcoming in the new year in a very strong and meaningful way,” said Veronica Szalus, Athenaeum Executive Director. She has worked at the Gallery since 2017 and is also an installation artist.

The Gallery has aptly named the show “In and Between” a sculpture installation curated by Steve Wanna and produced by Szalus. It is showing from January 12- February 5, with a Special Reception on Sunday, January 15th, 4-6 p.m. and an Artists’ Talk held on Sunday, February 5th at 2 p.m.

“It’s about transition and always [being] in a state of change, no matter what, you may wake up in the morning and have a cup of coffee and that’s your routine but something’s different. Cells in your body have died, cells have been regenerated, the sun is not in the same position, little subtle, overt things. Sometimes our life is formed and surrounded and encompassed in transition,” said Szalus.

“In and Between” is an all-sculpture show, featuring floor and wall-mounted art as well as site-specific installations that take advantage of the gallery’s unique light-filled space. Eight artists were invited to explore the concept of a threshold. The featured artists are Lynda Andrews-Barry, Gloria Chapa, Jacqui Crocetta, Pierre Davis, Zofie King, Kirsty Little, Sarah Stefana-Smith, and Ira Tattelman.

“In architecture, thresholds can connect spaces in deliberate and inventive ways, but they are often mere afterthoughts resolved by things like a simple door. We use the term to describe a state of potential or transition from something present to something unknown, a precipice that can be exciting and terrifying. At times we think of thresholds as temporary spaces or states that we pass through, often quickly, on our way from one thing to something else—the emphasis is on the current and next states. What if they could be reimagined as frontiers, temporary resting places that can hold us as we take in a current position and survey what is about to emerge?” said Wanna.

About the Gallery: The Athenaeum is home to the Northern Virginia Fine Arts Association (NVFAA). The NVFAA is partially supported by funding from the Alexandria Commission for the Arts. The NVFAA is committed to compliance with the Americans with Disabilities Act. 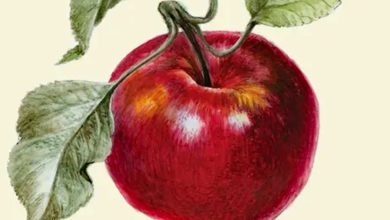