The women’s first varsity eight beat six other boats with a 16:17.42 time on a tricky, two-mile race, which features a quarter-mile long, 180 degree turn. The women’s second varsity eight came in fourth in that race, posting a 16:55.8 time.

The freshman women’s eight, competing against the William and Mary club team, also came in first with a 17:47.4 time. And the men’s freshman came in second behind William and Mary College with a 16:30.43 time.

Along with a fall crew program, the select crew team offers Alexandria City High School rowers, as well as rowers from across Northern Virginia, an opportunity to participate in rowing during the fall season. Participants have also come from schools including West Potomac, Wakefield and around the region.

ODBC, which sponsors the fall rowing for elite high school rowers from across the area, trains at the Dee Campbell Rowing Center. They compete in east coast head races, including the Head of the Schuylkill in Philadelphia.

Their next regatta is scheduled for Oct. 17 at the Occoquan. 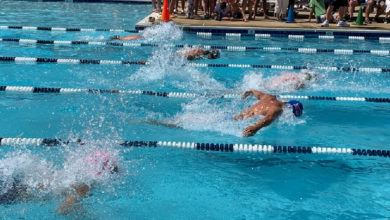