ALEXANDRIA, VA – The City has installed a new High-Intensity Activated CrossWalK, also known as a HAWK signal or Pedestrian Hybrid Beacon, near the intersection of Braddock Road and North Early Street. The purpose of this signal is to improve the safety of the existing crosswalk, which serves people walking to or from Minnie Howard Campus, Episcopal High School, bus stops, and local neighborhoods. Before the new HAWK signal was installed, the nearest signalized crossing was over ¼ mile away. 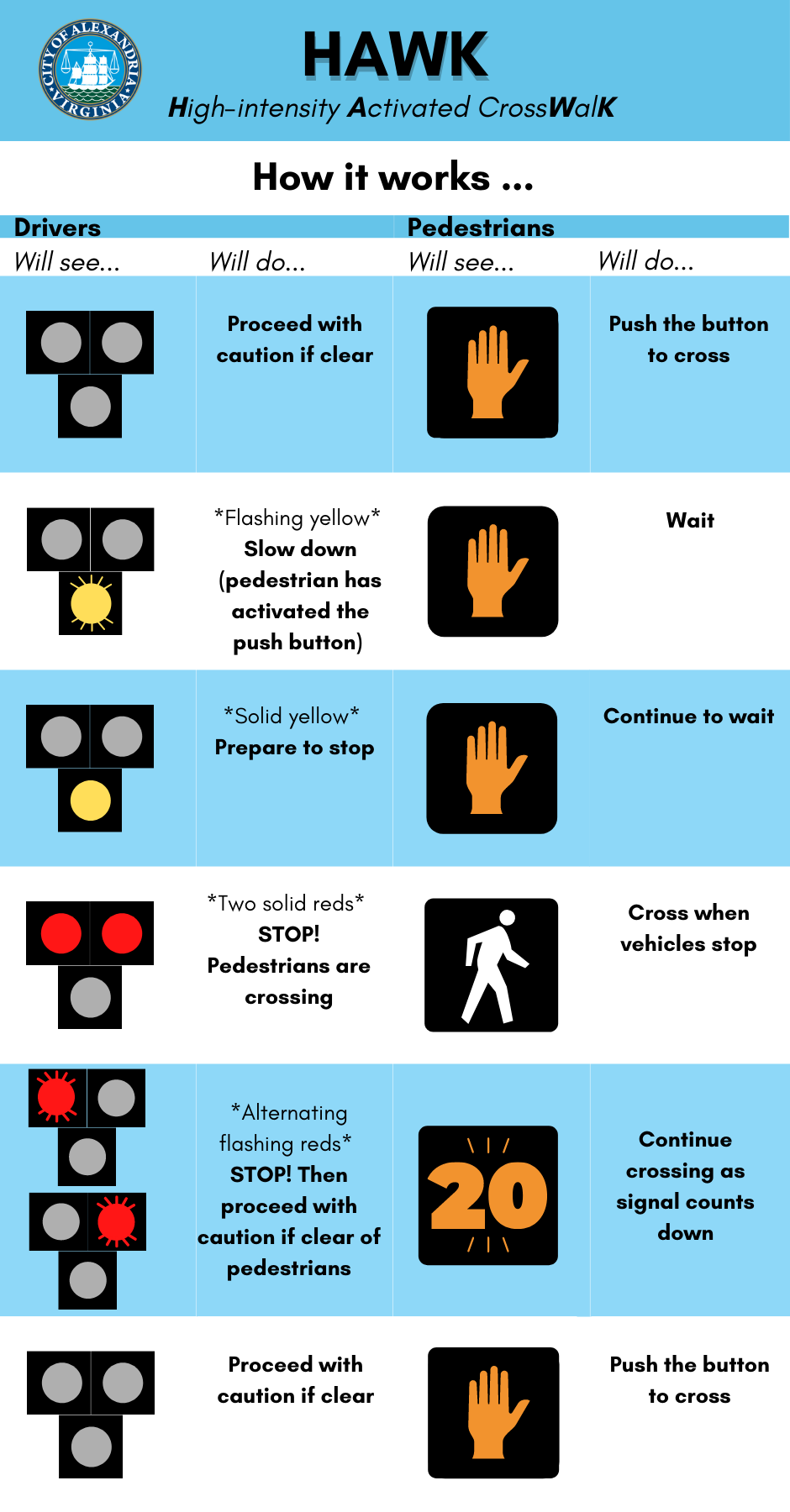 HAWK signals are a common treatment used nationwide to help people walking to safely cross streets with higher vehicle speeds, higher traffic volumes, and multiple travel lanes. According to the Federal Highway Administration, HAWK signals have been found to significantly increase the rate at which drivers stop for pedestrians, even on busy, high-speed roadways.

This is the fifth HAWK signal the City has installed. HAWK signals are also present at the following locations:

For people walking, HAWK signals work like any other push-button activated traffic signals. A person pushes the button, waits for the WALK signal, and crosses when the WALK symbol appears and traffic stops.

For people driving, the HAWK signal looks slightly different than other traffic signals, but yellow still means slow, and red still means stop. At rest, HAWKs remain dark. Once triggered, the signal will go through a series of yellow and red phases requiring drivers to slow down and stop. After people have finished crossing, the HAWK will go dark again, allowing motorists to continue.

Each HAWK signal features appropriate signs to remind drivers of their responsibilities when pedestrians are trying to cross the street.

This project was completed in support of the City’s Complete Streets and Vision Zero Programs to improve mobility, access, and safety for all road users.