Alexandria, VA – The Del Ray Business Association presented its annual Star Awards on December 13, recognizing individuals who have gone above and beyond in their service to the Del Ray community.

Reuter noted that, as a police officer, Lawhorne worked to help transform the Del Ray neighborhood into the vibrant community it is. “In 1991, some businesses expressed concern about the safety of The Avenue at night. Dana volunteered to work The Avenue on Friday and Saturday nights, and he developed a relationship with many of our small business owners.”

A 1976 graduate of T.C. Williams High School, Lawhorne served as an officer and detective with the Alexandria Police Department for 27 years before being elected Sheriff in 2006. “It has been a great honor serving in the community where I grew up,” said Lawhorne.

The Star Award for Public Service was presented to Alexandria Deputy Sheriff Victor Ignacio, who has served the city since 1991. “He has volunteered to work at Del Ray events and been critical in acting quickly to avoid what could have been major problems, including quickly solving the issue of barricades not showing up for the Halloween Parade and the Turkey Trot,” said Reuter. In addition, Reuter noted that Ignacio regularly volunteers with local nonprofits, including ALIVE, Senior Services, and Casa Chirilagua.

The Del Ray Business Association also presented awards to community volunteers. The Citizen Award was presented to Bea Robinson and Barb DeMerse, both long-time Del Ray neighbors and Del Ray Citizen Association members. “For years, Bea and Barb have volunteered in Del Ray,” said Miller. “Any time we need help – for events, community clean-ups, and decorating The Avenue for the holidays – Bea & Barb are there.”

The Youth Award was presented to the Alexandria City High School Zombie Band. “The Alexandria City High School Zombie Band has become one of our favorite traditions in the Del Ray Halloween Parade,” said Reuter. “Even with COVID and a packed weekend in 2021, they still made time to play in this year’s parade. Not only do they keep the crowd rocking during the parade, but these talented high school students also assist with cleaning up after the parade.”

Temptations and Resolutions: The New Year in Art 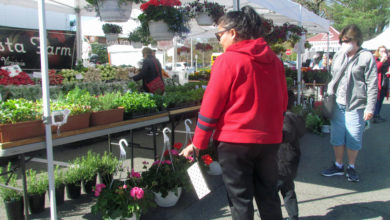 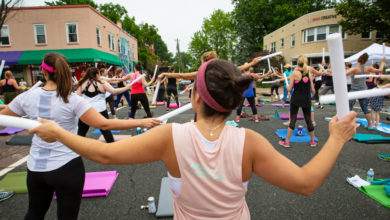 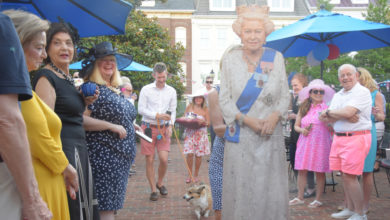